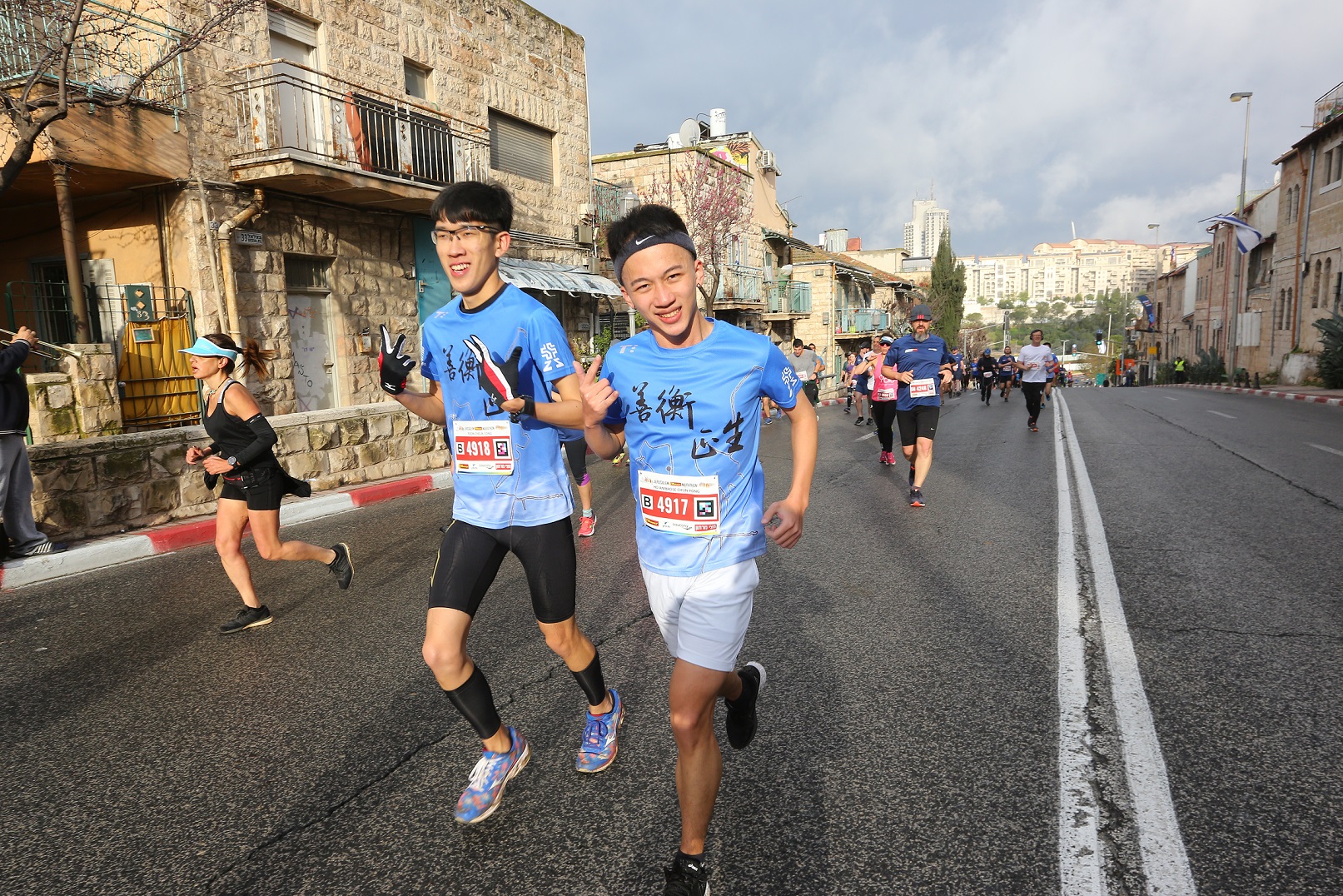 Taking the challenge of running a marathon in Jerusalem.

Students from S.H. Ho College and Zheng Sheng College joined hand in hand in a marathon again. They travelled to Jerusalem, Israel for a further understanding of the world and a wider exposure of life through running.

The journey took place from 13 – 19 March. Six College students of Runner Force and three Zheng Sheng students participated in it. In order to get prepared for the Jerusalem marathon, the two groups of students started their one-year progressive training building up mentorship. Compared to the previous races, Jerusalem Marathon was not easy to tackle with because of its hilly track. Before the running event began, the weather was tough to the runners. The chilly wind and rain made them tremble. Fortunately, after the race began, it was bright and crisp – a real shot in the arm for all the runners. In the end, all the S.H. Ho students and Zheng Sheng students completed the race successfully.

Apart from joining the marathon, S.H. Ho students and Zheng Sheng students also visited the sites with historical, cultural and religious significance. A Jewish guide accompanied the students to these sites and introduced the heritage behind the bricks. Even flowers along the road had their stories. With the guide’s detailed explanations, students’ knowledge about the country were enriched all along. Their itinerary in the trip included visiting places like the Old City of Jerusalem and its Walls, the Western Wall, the City of David, the ancient fort of Masada, etc. The famous sites they learned on books turned into vivid personal experiences. They enjoyed this meaningful journey walking slowing in a hub of cultures and religions and recalling the past in the light of the present. 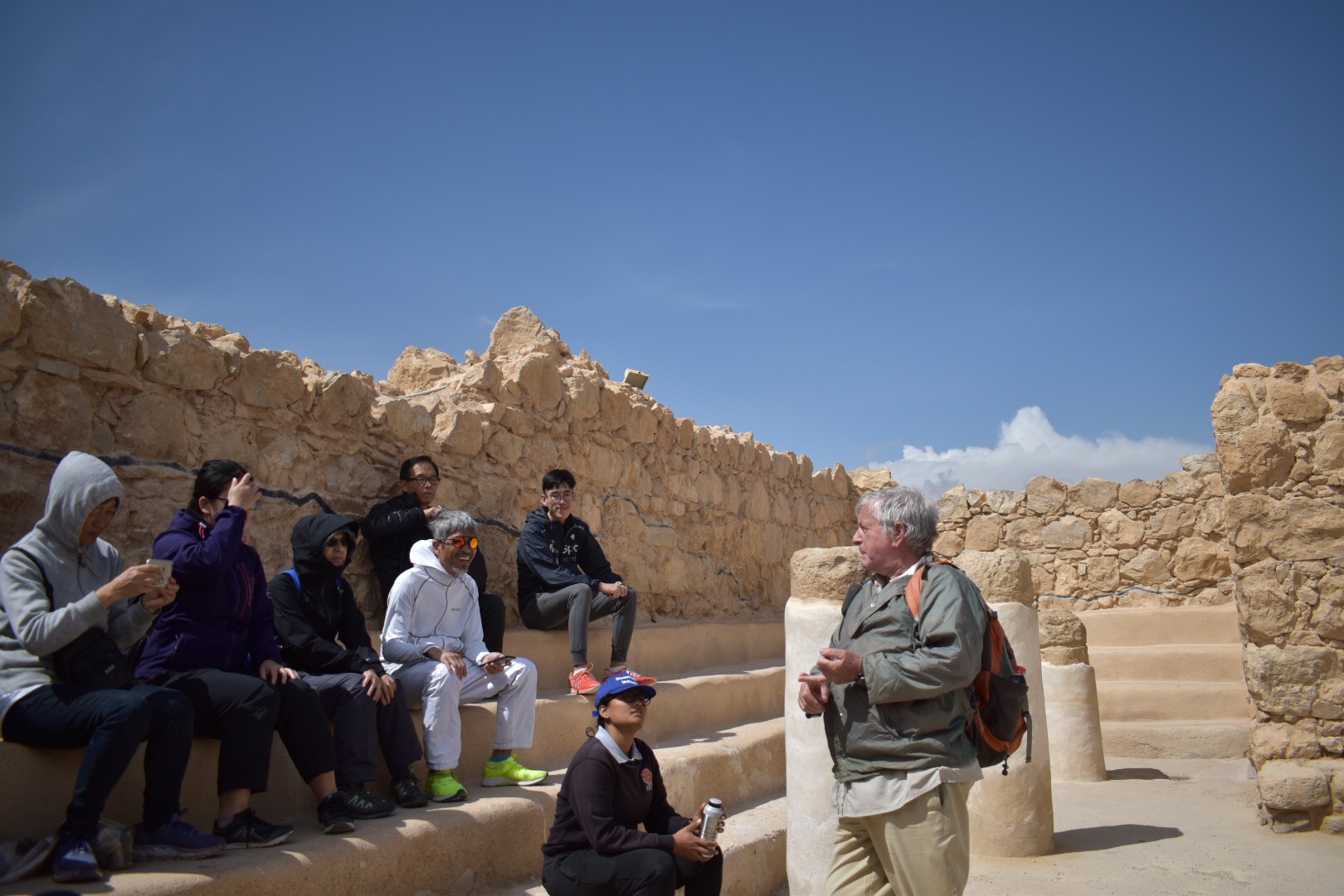 The guide (right) introduces the history of the ancient fort of Masada. 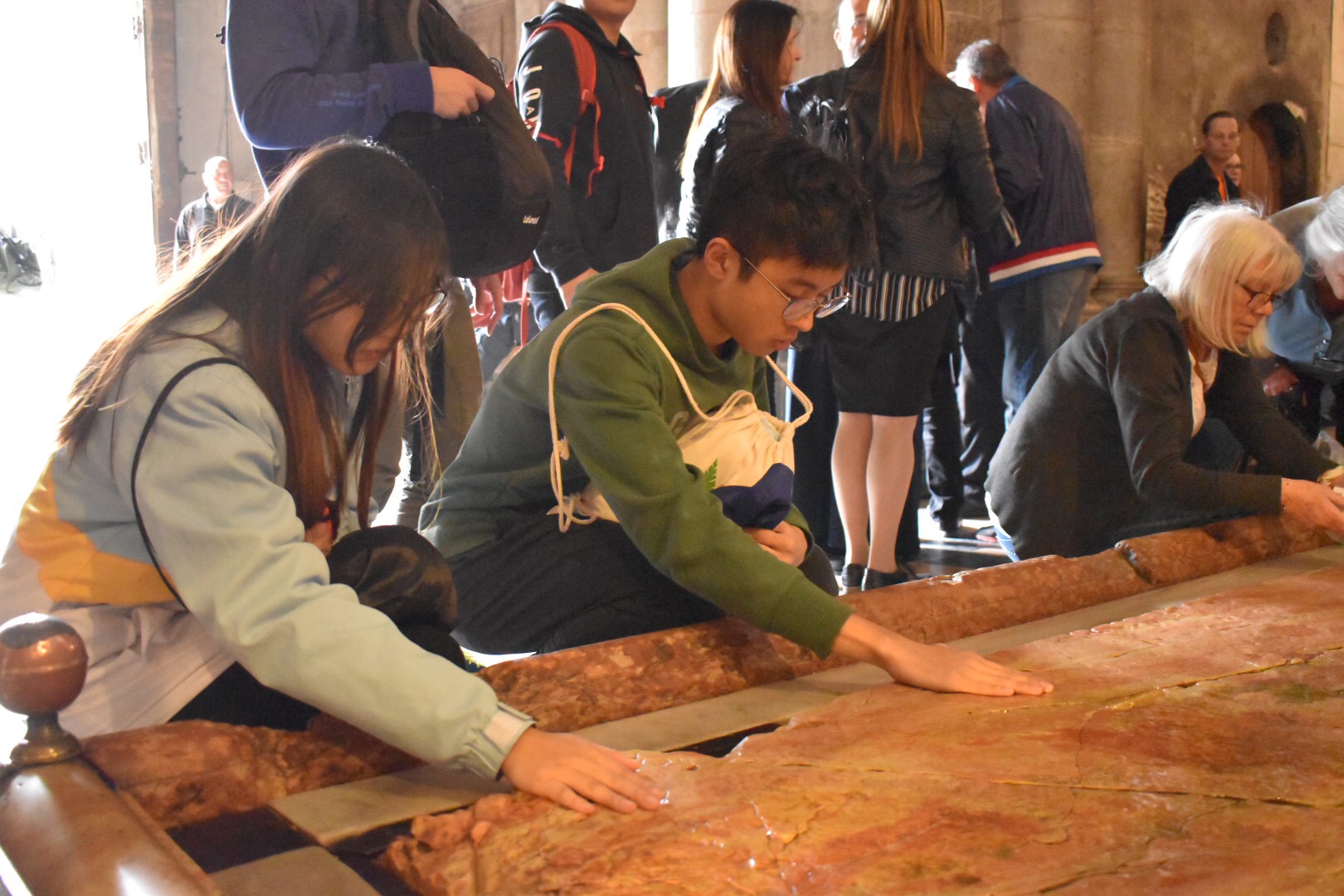 Visiting the Church of the Holy Sepulchre in the Old City of Jerusalem. 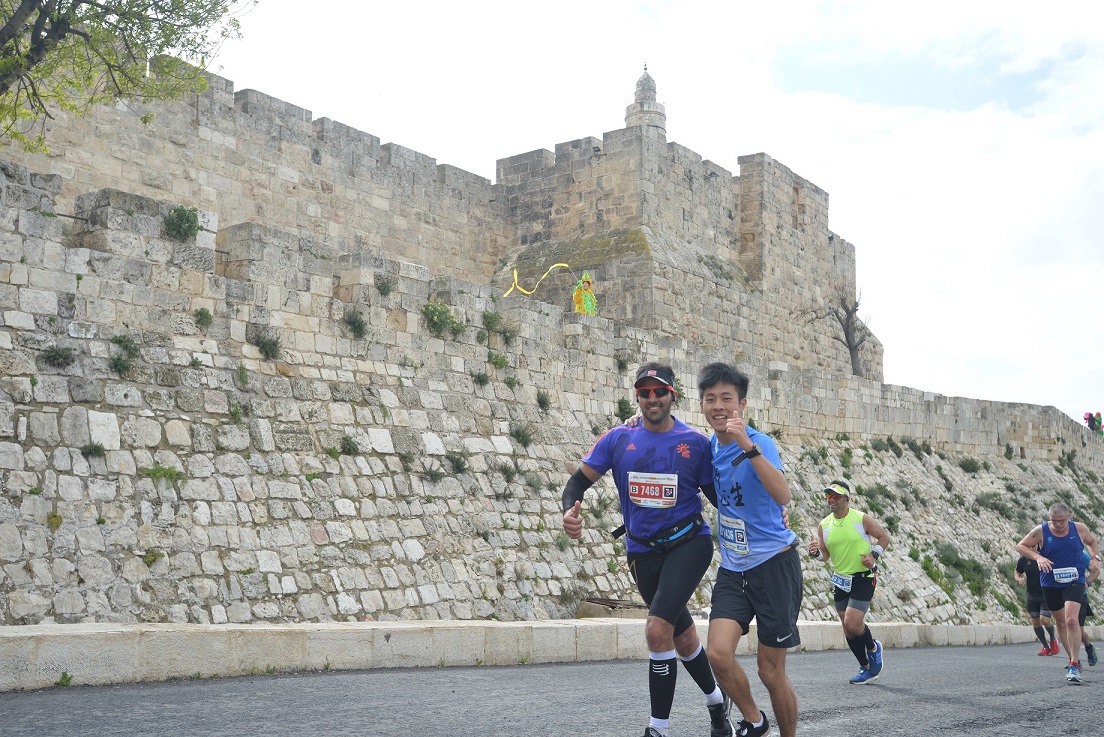 Aiming at the same finishing line with runners from different corners of the world. 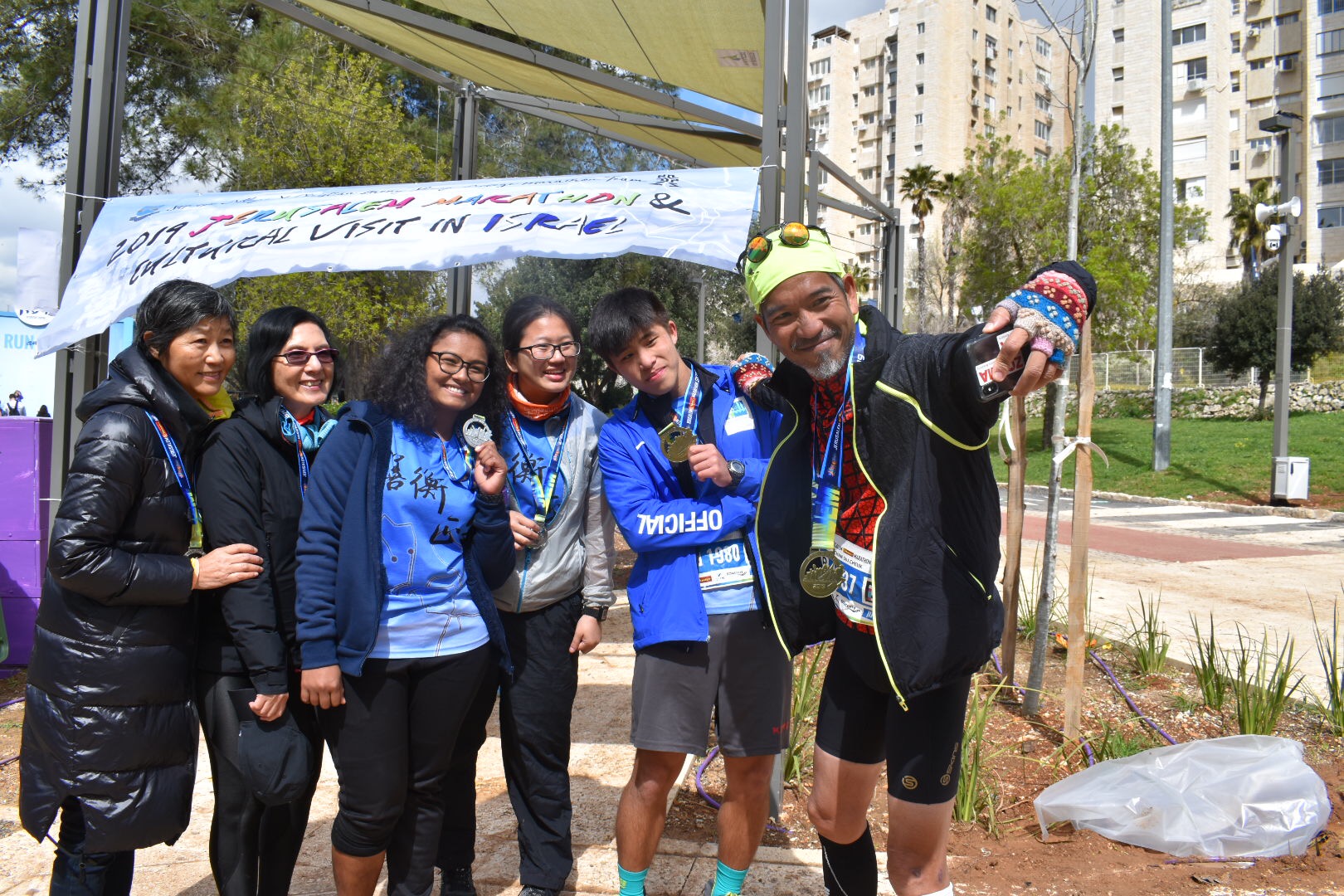 Making friends with runners from other countries. 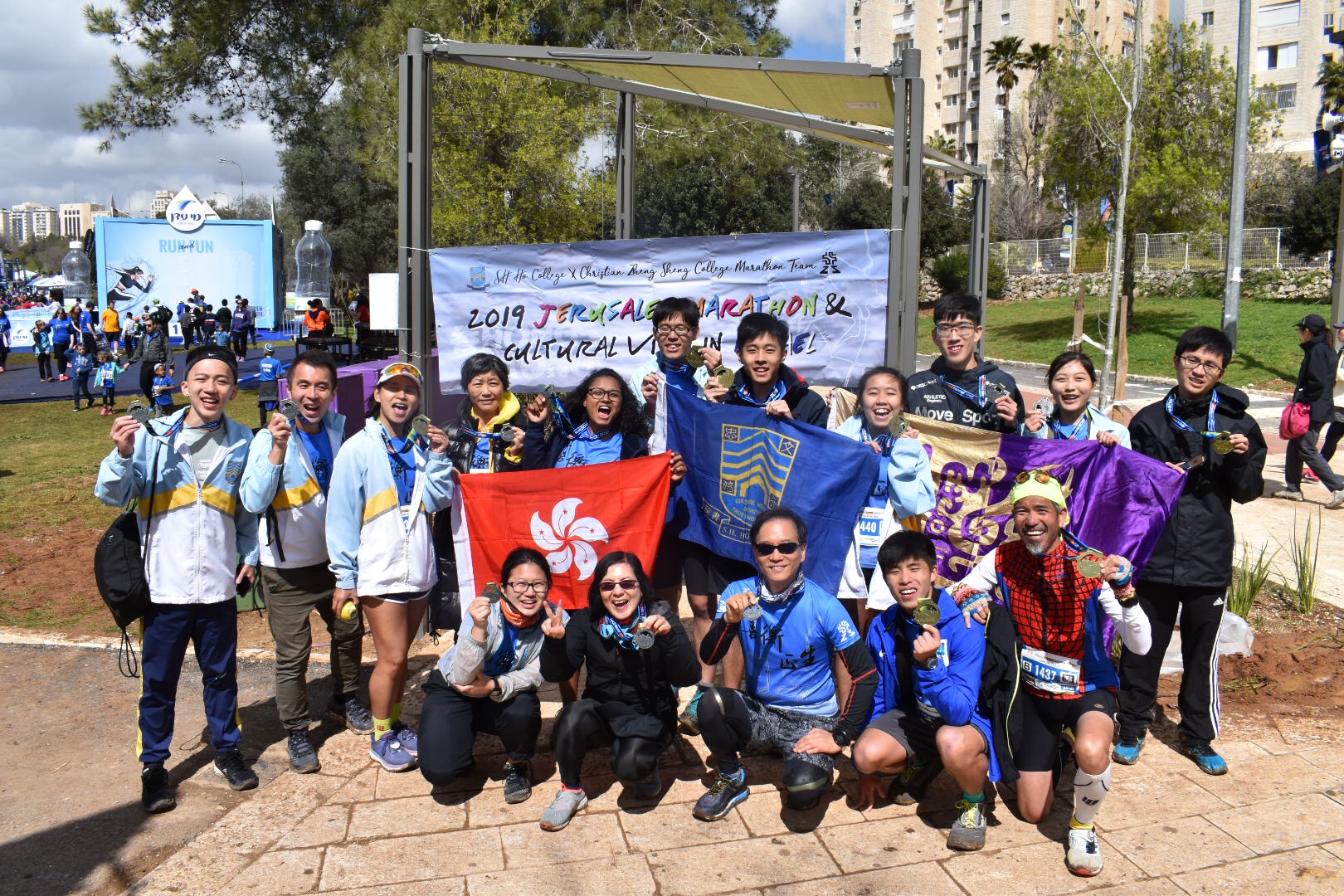 Moment of pride after finishing the marathon.