The Tipping Point of Intercultural Dialogue 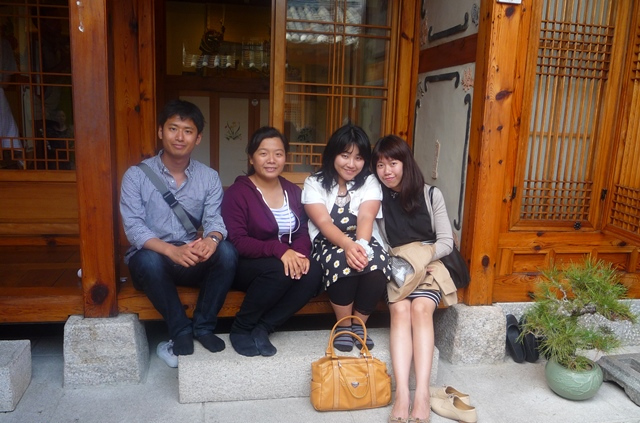 This is the age of information explosion. With the popularization of electronic gadgets, loads of information ranging from international affairs, cultural events to promotional news could be accessed at our fingertips. Enhanced connectivity, however, may not inspire cross-cultural intellectual exchange but personal touch with different nationalities does. Six students chosen by S.H. Ho College attended the Pan-Asian Student Forum in Seoul, during which they experienced the tipping point of intercultural dialogue.

On 25-28 September 2014, the Forum was held at Seoul National University which has cultivated generations of distinguished graduates including Mr. Ban Ki-moon, the current Secretary-General of the United Nations. Thought-provoking topics such as territorial sovereignty, cultural heritage and tradition, East Asian meteorological cooperation, education system and transportation were discussed among the student participants from Seoul National University, University of Tokyo, Yuanpei College of Peking University, and S.H. Ho College of CUHK.

‘Unlike my impression from the media which reported the governments’ clear stance on territorial sovereignty, Japanese and Korean students hold a moderate view and tend to seek a peaceful solution,’ said Ellen Tsang, a final year SHHO student. Her group presented on the relation between territorial disputes and provoking headlines. At the brainstorming stage, she found the opinions of her groupmates from different disciplines tremendously beneficial in widening her perspective. Ellen participated in a one-year exchange programme last year at Nagoya University of Commerce and Business at which her understanding in international relations was enriched. The yearlong immersion has brought her precious friendship and a profound understanding of media’s influence on public opinion. ‘The contextualised insight in international politics acquired from the exchange programme also helps me to dialogue with Japanese and Korean students in the Forum.’

The intercultural dialogue extended from formal discussions to casual conversations. Participants were escorted by hospitable local students to appreciate the traditional and contemporary Korea with respect to architecture, local cuisine and culture. ‘The local students elaborated to us how the government strikes a balance between modern city life and preservation of traditional values. Bukchon Hanok Village, a Korean traditional village inhabited by Seoulites in the downtown, is a good example,’ Monica Tang illustrated, a third-year SHHO student. She was fascinated by the intercultural encounter with the Japanese and Korean students, though she has been used to chit-chatting with hall residents in her college life. Before the end of the trip, she played games with a few participants during which the losers would demonstrate their cultural performances like Peking Opera and Japanese Fisherman Dance. ‘I sang “Below the Lion Rock”,’ Monica grinned.

Unexpectedly, the dialogue on the founding of the university development has also inspired Monica’s profound reflection on her identity as a CUHK student. A Korean student reflected to Monica the identity struggle as a student of Seoul National University. As the first national university formally founded in 1946, however, its students might have struggle on their identity due to historic reasons related to the U.S. military governance and the university’s first president who was a U.S soldier and educator. On the other hand, the founding of CUHK was to respond to students’ pressing needs in the colonial age who wished to continue their postsecondary study using Chinese as the medium of instruction. Talking with the Korean student, Monica became more proud of her identity as a CUHK student due to its historical vocation and social responsibility that she wished to sustain.

The tipping point of intercultural dialogue took place during the authentic encounters, and students’ curiosity in international affairs and cultural inheritance was ignited. Pan-Asian Student Forum is not only a platform for students’ knowledge exchange, but also a valuable opportunity to examine their values and positioning in the Pan-Asian context. 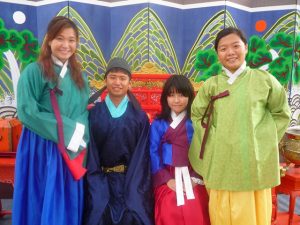 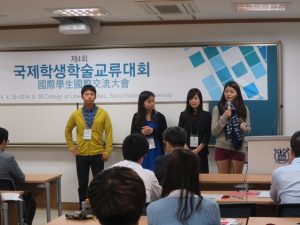 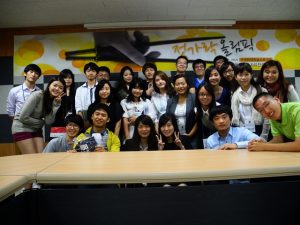 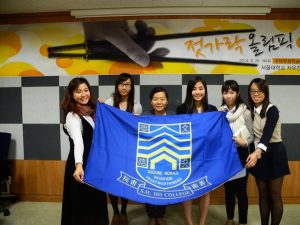