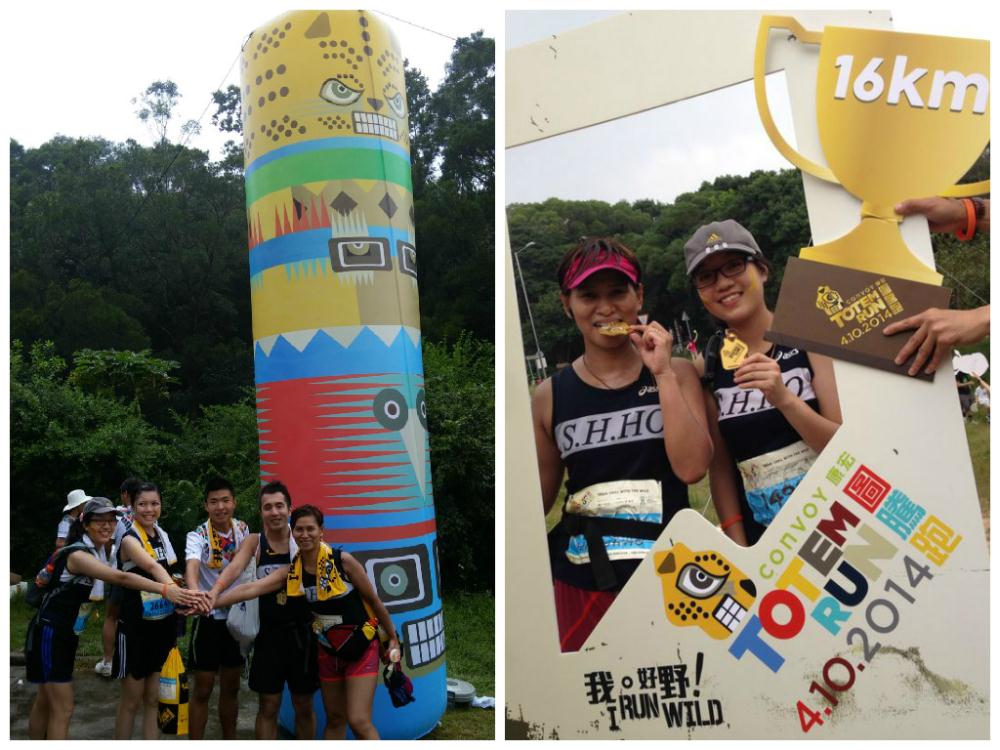 Four SHHO off-road runners joined the 16 km ‘Chill with the Wild’ race as a team in the Totem Run 2014 held on 4 October to test their physical endurance while stimulating their minds with sights and sounds along the way. The race started from Shing Mun Reservoir and ended at Tai Mo Shan, the highest mountain in Hong Kong. In addition to appreciating the spectacular scenery on the green mountains, they ran to raise money for Christian Zheng Sheng College’s campus renovation. The SHHO team was ranked the 11th among the 84 teams in the race.

During the journey, the SHHO runners experienced four seasons altogether due to changing weather. After drizzling, they ran under the scorching sun and sometimes their faces were touched by breezes. The route they ran along was as diversified as life journey: concrete, grassy, gravel road and so on. A special feature of the event is that the Totem wild runners were greeted by cheering tribesmen. They were even served with a cool fruit feast at ‘Green Monday Tribe Support Station’ which aimed at arousing the public awareness of global warming through a low-carbon footprint vegetarian diet.

Ferdinand Tsang, a Year 3 student in the Integrated BBA Programme, is a runner in the SHHO team participated in the charitable event as a team. He found the steep gradient of the mountain trail race undoubtedly challenging but also a motivator propelling him to join the race. He is an experienced runner who has joined many city and mountain trail races. The most unforgettable experience was the TransLantau 50 km mountain trail race. With the altitude up to 4,800 m, the route was the toughest he had ever tried and he eventually completed the race in 10 hours. Looking back, he found the race worth joining as it tested his physical and mental endurance. As a member of SHHO Runner Force, Ferdinand found the training tough but rewarding. Every time when he focuses on running, he feels relaxed and refreshed. ‘There must be a goal for every runner. It’s like a motivator to push you forward. Running inspires me to achieve my target despite the obstacles ahead. My goal is to participate in the ultramarathon which requires runners to run at least 150 km,’ Ferdinand reflected.

Judy Yeung is a Year 3 medical student who joined the Totem Run as an individual runner. It was her first time to join the mountain trail race and get to the top of Tai Mo Shan. Experiencing struggles on choosing to run or walk up the slope, she was empowered by the uplifting cheering on several spots. Notwithstanding her busy medical practicum, she kept her running habit for health reason. ‘Running gives me space to refresh myself and be connected with like-minded people. No matter how busy I am, I find suitable time to run. Sometimes I run twice or thrice per week,’ Judy said. Her goal is to complete the half marathon in the Standard Chartered Hong Kong 2015.

Joining marathons is a life-transforming experience. Dr. Chan Siu-cheuk, Founder and Principal of Christian Zheng Sheng College, presented to the students on how his students were inspired from their ultramarathon participation at the high table dinner on 15 October. Dr. Chan has been dedicated to helping students with drug addiction problems through life educational programmes since the inception of Zheng Sheng in 1998. He just came back from Atacama Crossing (Chile) one day prior to the high table. During the race, he accompanied a female student and the support team in a week-long 250km marathon. With a staunch belief that everyone can be changed, Dr. Chan has ignited numerous students’ motivation to change for success. A male student did not have any marathon experience, with Dr. Chan’s unwavering support, completed a week-long 251km marathon across the Sahara desert in February this year. ‘I’m pleased to see my students’ confidence boosted and their definition on ‘success’ reassessed upon their return from the ultramarathons,’ remarked Dr. Chan. 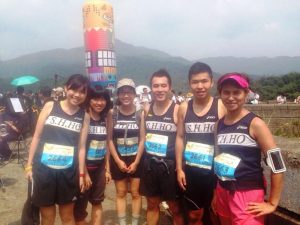 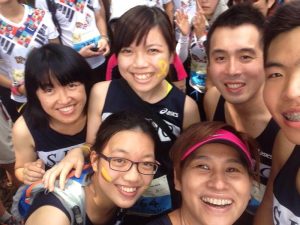 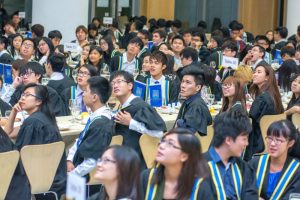 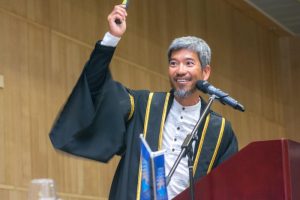 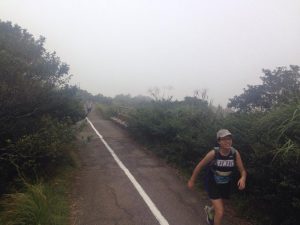