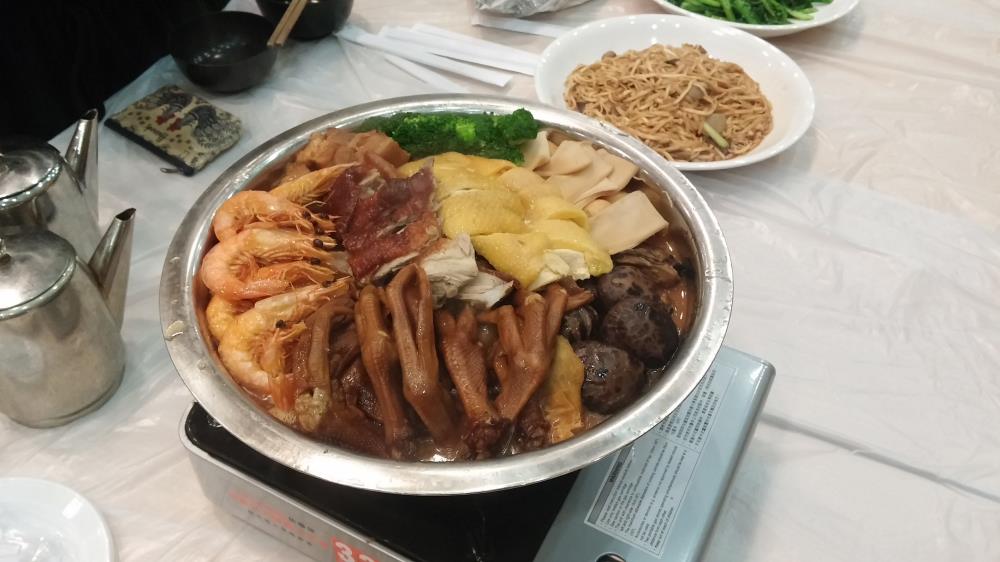 It is a Chinese traditional practice to maintain a vegetarian diet on the first day of Chinese New Year. On the second day, families have their first dish served with meat and fish which represents an auspicious expression of “a surplus every year” (The Chinese character of “fish” has the same pronunciation as that of “surplus”). A fish thus sends a good wish to everyone at the beginning of the year.

On 9 February evening, S.H. Ho College had its first communal dinner. It was the first dinner at home after the Lunar New Year holidays. Students had poon choi, also known as “basin food”, comprising prawns with ketchup, dried oysters, soy sliced abalones, squids, etc. All the delicious items were layered in a pot.

In the welcome speech, Prof. Samuel Sun, Master of S.H. Ho College, explained the symbolic meaning of the rooster in Chinese culture. For example, its crow taken as signaling the beginning of a new day and the representation of brightness, trust, ambition, etc. Besides, Prof. Sun introduced the legendary origin of pooh choi: Emperor Bing of the Song dynasty fled to the southern region during the Mongol invasion. When the emperor went by the walled village in Hong Kong’s New Territories, the villagers hoped to offer hospitality by serving delicacies. In a hurry, they could only fetch a wooden bowl to put all the food since there were not enough containers to serve the purpose. Today, pooh choi has become one of the most popular dishes in festive season.

It was the first time for some exchange students to celebrate the Lunar New Year and get together for a pooh choi feast. The cultural dinner gave them a new experience for a taste of festive atmosphere and food culture. To wish students good luck, the College gave red packets with chocolate inside and tangerines to them during the dinner. 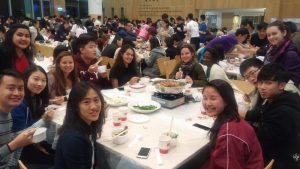 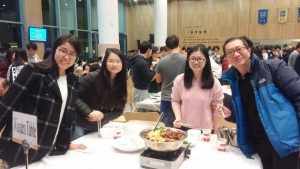 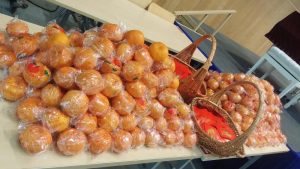 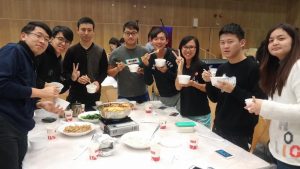 Other Posts in This Issue
Protecting Homeland
The ABCs of a Freelancer—Samantha Cheung Meet the recipient of the S.H. Ho Eminent College Scholarship
S.H. Ho College’s Souvenirs for Sale
Archives
2020 2019 2018 2017 2016 2015 2014 >
Sign up now to receive our newsletter