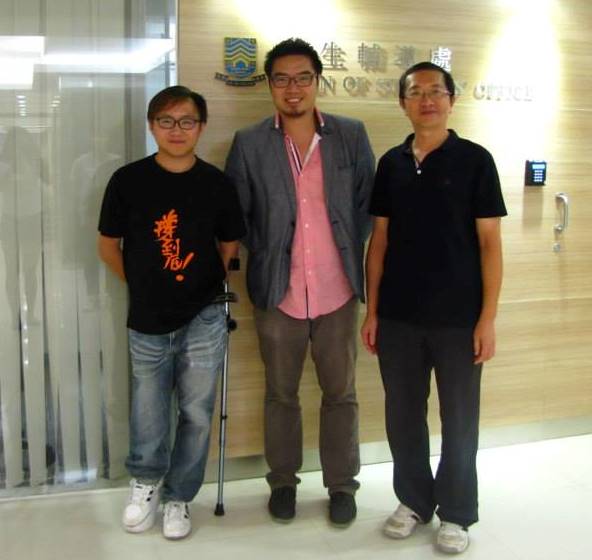 Originated from France in the nineteenth century, Café Philo brings intellects together in a friendly forum where they could exchange views ranging from philosophy, life and death, aesthetics to social issues while drinking coffee or wine in a relaxed manner. Food for thought is nourished through the interaction between speakers and participants. To promote intellectually stimulating discussions among the SHHO community, the first Café Philo discussion titled ‘What does Grassroots Community matter to me?’ was held in the Like Reading Room on 7 October. Mr. Wayne Chau and Mr. Stanley Ho had in-depth discussion with the SHHO participants on social justice.

The two young guest speakers, with tenacious spirit ready to serve the grassroots community whatever obstacles they encounter, inspired the attendees with their experiences in caring the needs of the underprivileged. Born in an impoverished village in Guangxi and migrated to Hong Kong as a young boy, Mr. Chau had been ridiculed for his poverty and inability to speak Cantonese. In face of peer bullying, however, he did not harden his heart but devoted a third of his time in volunteering. He even gave up his stable life working in an IT company, and set up Agent of Change (加油香港!) to improve the livelihood of the deprived group. Mr. Stanley Ho, who suffered from orthopedic cancer in his early childhood, has managed to complete his university study and has been raising the public concern on the underprivileged. In 2013, he led the dock workers to negotiate for wage increment, which became the longest strike in the city’s history. Poverty and severe sickness did not strike a severe blow to the young men, but sharpened their sensitivity towards life and suffering.

After sharing their inspiring life stories, Wayne and Stanley embarked on a meaningful interaction with students on building a realistically utopian society with social justice. Stanley pinpointed the lack of collective bargaining law in Hong Kong had deprived workers’ rights to negotiate with their employers to regulate working conditions. He would continue to educate the workers to understand their own benefits and bargain for what they deserve. Wayne contributed to the deprived group from a win-win approach by reminding local companies of their social responsibility initiative to serve the grassroots community. Agent of Change, the social enterprise he set up with Mr. Erwin Huang, is a young social enterprise aiming at provision of low-price high-quality daily necessities to grassroots. Their first product is edible oil at an affordable price which also helps the company to improve their corporate image.

John Rawls defined ‘justice’ as ‘fairness’ in his A Theory of Justice. To him, social justice is about assuring the protection of equal access to liberties, rights and opportunities, as well as a fair share of benefits to the least advantaged members of society. The discussion at Café Philo has aroused profound reflections among the attendees. ‘A small step by everyone will make a big difference for the society,’ said a participant at the first Café Philo. 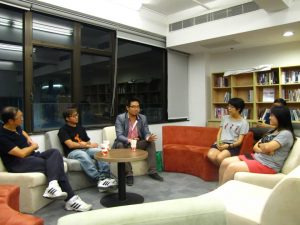 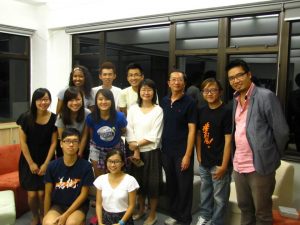 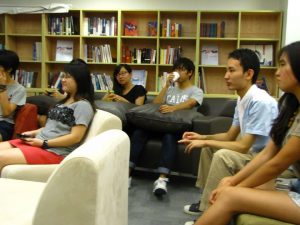 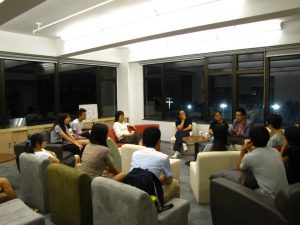