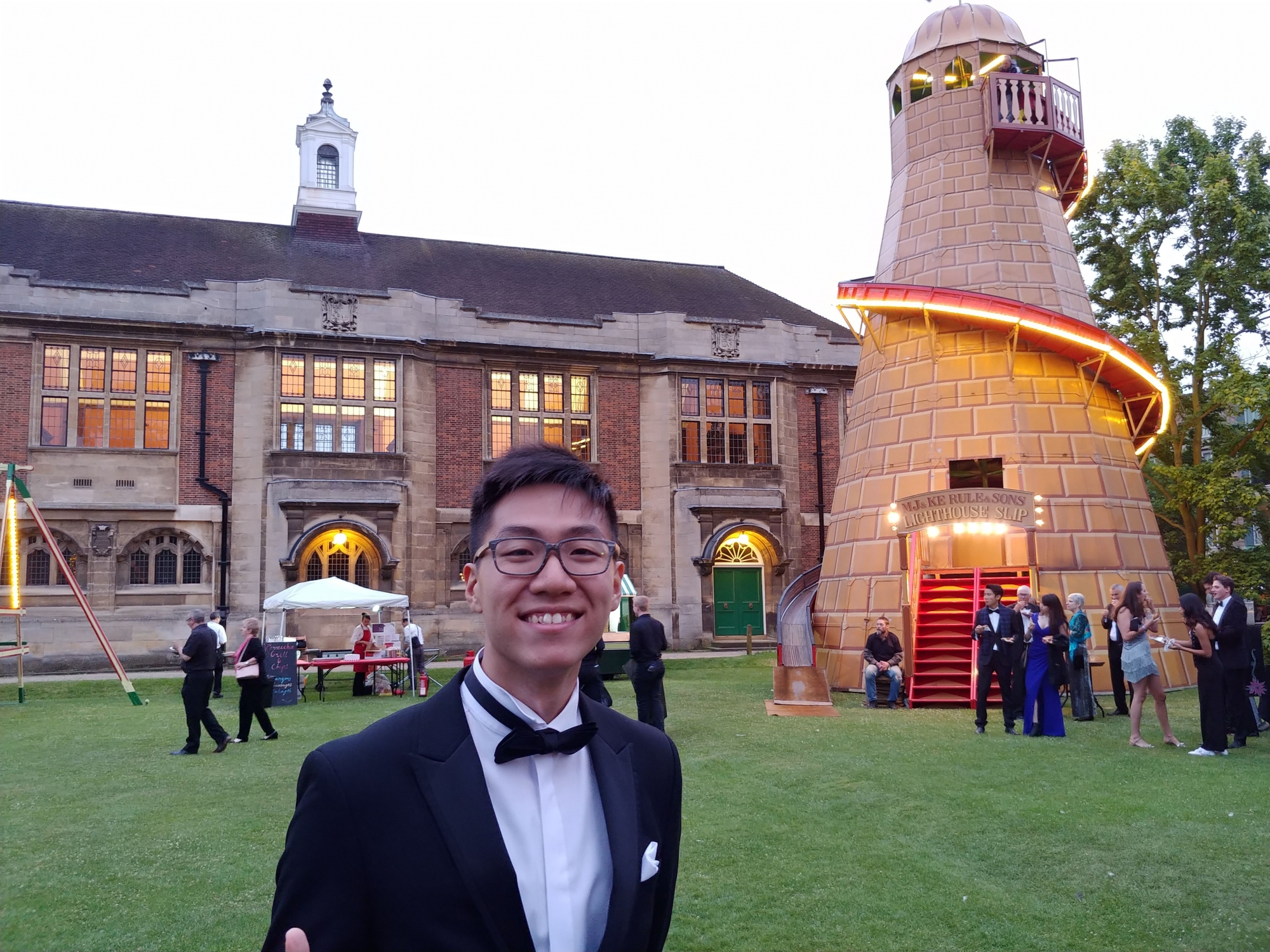 In June, colleges at the University of Cambridge organise May Ball to celebrate the end of the academic year.

Alvin has been studying the Bachelor of Laws programme at CUHK. At Cambridge, he chose to study the Programme in History and Philosophy of Science (HPS). The two programmes seem irrelevant but Alvin believed that the training he received from HPS is beneficial to understanding law from a fresh perspective. Since his junior secondary education, Alvin had not been exposed to science courses. Thus, he intended to take history and philosophy courses at Cambridge but despite what he planned, he ended up taking HPS. “It was not my original choice and I had no science background. In the first two months, I was a bit upset.” But as time went on, he gradually enjoyed the programme and the inspirations it led to. “The longer I spent my time on it, the more I started to find that the course was indeed very interesting. For philosophy, in general, it is to understand what scientific questions are about. For history, it is to trace the historic origin of the scientific developments in different time.” This kind of cross-subject investigation introduces students to diversified way of thinking. They are trained to examine a problem from a broader way.

Alvin continued, “In my exchange year, I learned to understand the word ‘law’ from different angles and by adopting more thinking frames. I am able to understand law more critically.” Critical thinking can enhance one’s academic capacity, such as how to find out, analyse and respond to questions. The rigorous intellectual training at Cambridge has paved a solid foundation for Alvin to further study law. He hoped that he can make use of his strengths and contribute to the future academic development of law in Hong Kong. 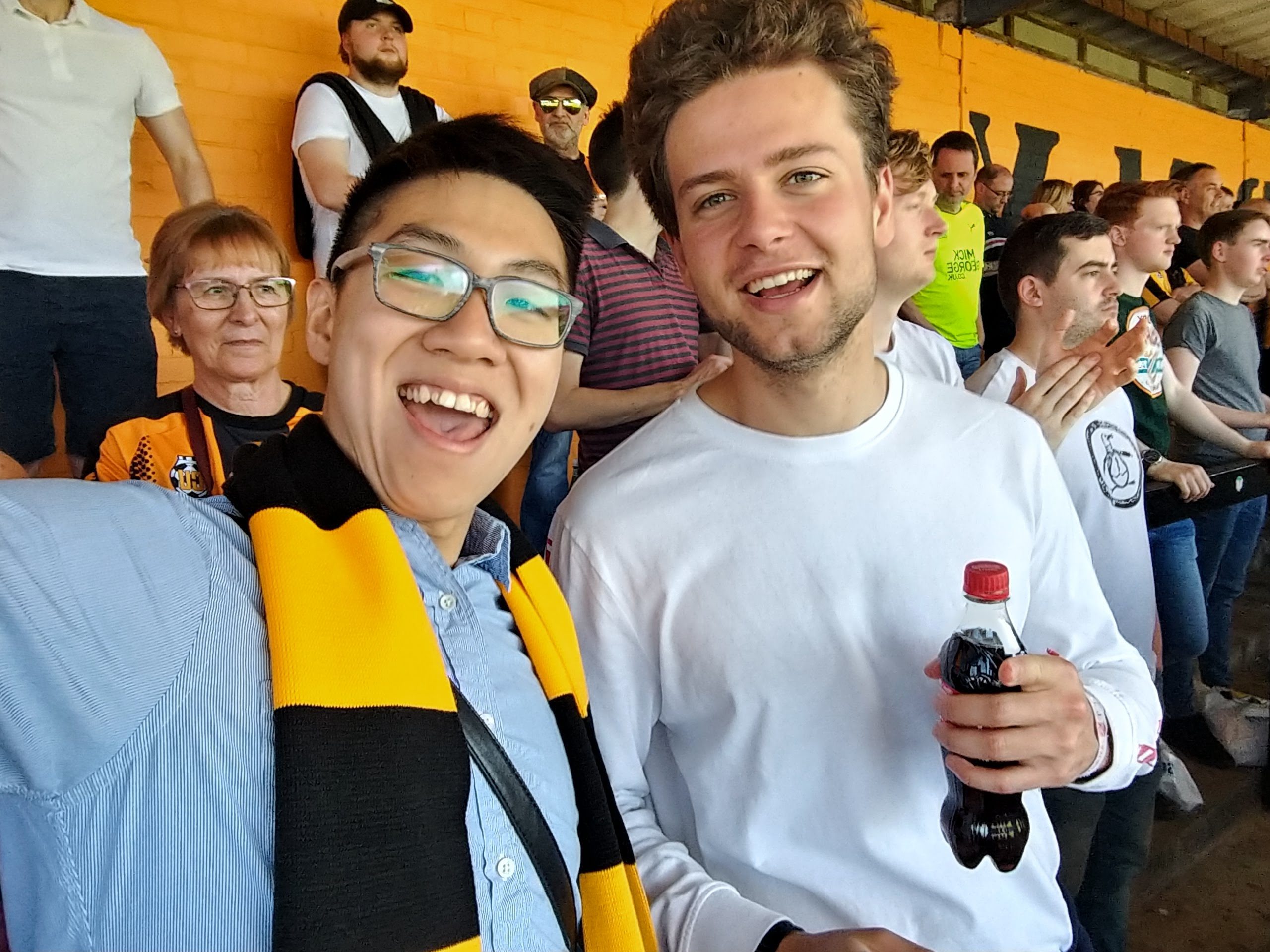 Alvin (left) watches a football match played by Cambridge United with a friend in Abbey Stadium. 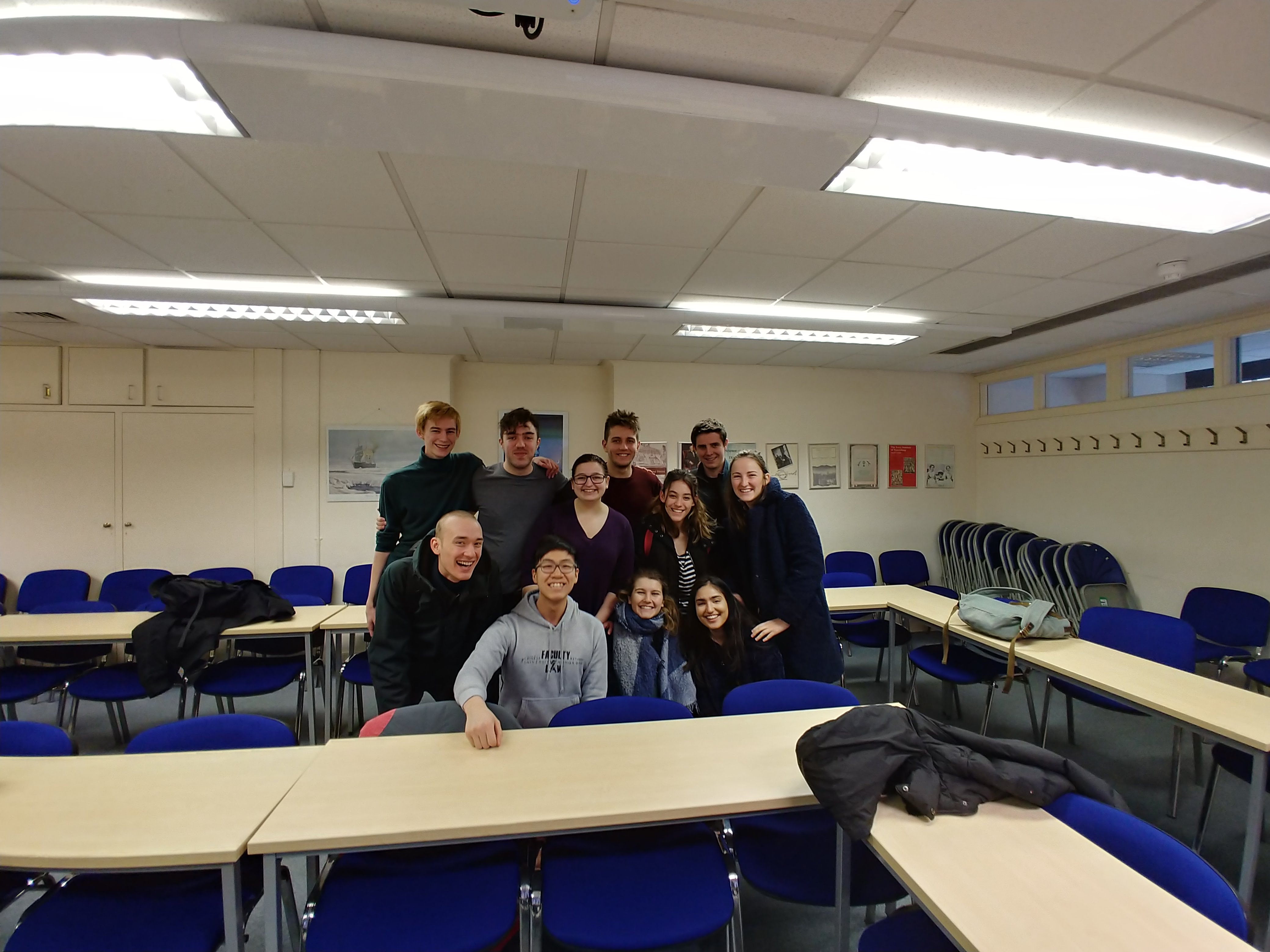 Alvin (front row, second left) takes a photo with his classmates in HPS.

Other Posts in This Issue
Talk with Prof. Pai Hsien-yung on Eight Thousand Miles of Clouds and Moon
Getting Closer by Martial Arts and Cooking
Prof. Li Gangtian Chinese Calligraphy and Seal Carving Exhibition
Archives
2021 2020 2019 2018 2017 2016 2015 2014 >
Sign up now to receive our newsletter