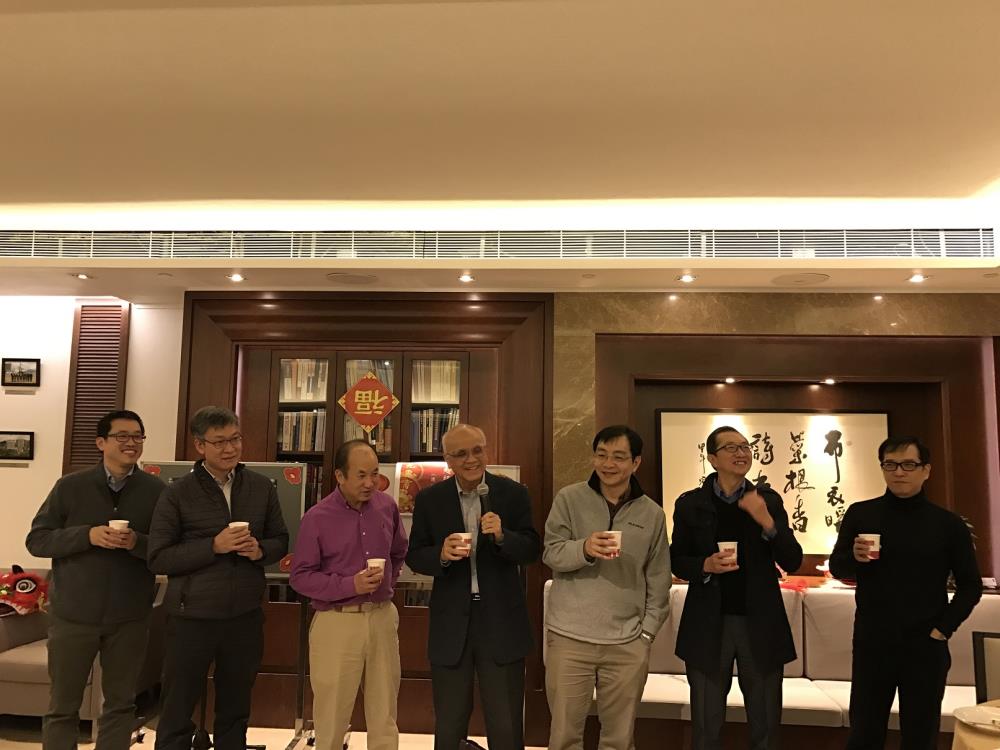 On 10 February, 26 members of S. H. Ho College attended a Chinese New Year luncheon at Connexion. The event was greeted by the welcome speech of Prof. Samuel Sun, College Master, followed by the sharing from Prof. K.B. Wong, College Dean of Students; Dr. Lawrence Chiu, College Dean of General Education; and Mr. Andrew Lau, College Secretary of S.H. Ho College. The sharings were a brief account of the daily operation of the three units at the College. Prof. Sun then made a toast to begin the buffet lunch. All the members chatted and had nice food in a relaxed setting.

The Lantern Festival was just around the corner. Solving lantern riddles was a traditional activity for the festival. During the luncheon, guessing games were played. 10 riddle phrases were put on slips of paper attached to the lanterns. At first, the members found the riddles puzzling to solve but when tips were suggested, the members made the guesses right in a flash. The members grinned from ear to ear when the answers were finally disclosed. The riddle questions included “I See a Sea” (suggesting the name of a government organisation), “Fire Fighters Go on Holiday” (suggesting the name of a local district), “A Return to Ancestors” (suggesting the name of an ethnic group in China). The guess winners were all given a prize.

Prof. Victor Lau, Chairman of Student Hostel Management Committee of the College and Prof. Kwan Kin Ming, Chairman of Scholarships, Awards, Financial Aids and Grants Committee of the College spoke on the fulfillments they found in committee services at the College. Additionally, two new members, namely, Prof. John Lui, Associate Dean (Research) Faculty of Engineering and Dr. Amy Chan, Department of Psychology, talked about their reasons for joining the big family of S.H. Ho College. They considered it as another way to nurture students.

The mass greeting was brought to its end by lucky draws. 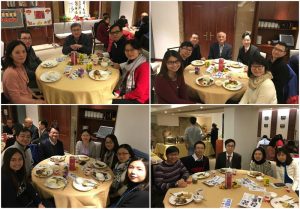 Other Posts in This Issue
The ABCs of a Freelancer—Samantha Cheung Meet the recipient of the S.H. Ho Eminent College Scholarship
The First Communal Dinner of Chinese New Year
S.H. Ho College Runners Go for Standard Chartered Hong Kong Marathon
Archives
2020 2019 2018 2017 2016 2015 2014 >
Sign up now to receive our newsletter