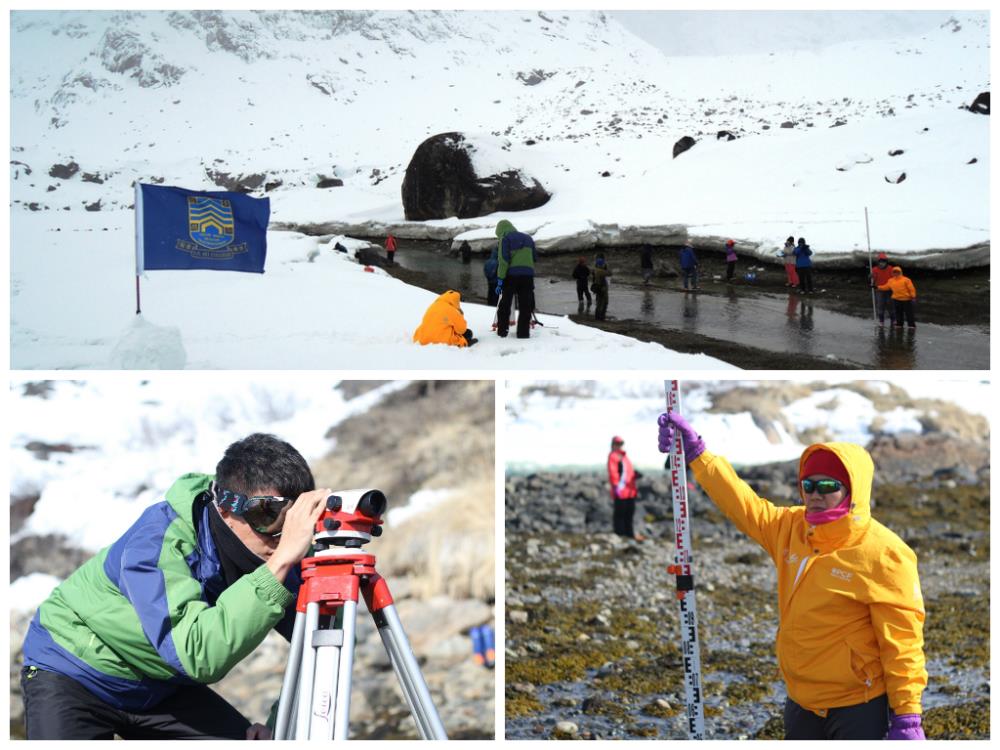 On 10 May, 17 students of S.H. Ho College formed the first team of undergraduates in Hong Kong to explore the Arctic under the guidance of College staff Dr. KC Chung and Mr. Ivan Leung. Upon arrival at Copenhagen in Denmark, they eventually arrived in Greenland to embark on the exploration vessel Rembrandt Van Rijn for their 12-day icy journey at latitude 66 degrees north. Greenland, where 80% of the land is covered by an ice-cap 4km thick in places, is the world’s largest island on which the population is only about 57,000. Formerly a province of Denmark, it gained the status of an autonomous Danish dependent territory with partial self-government in 2008 referendum. Many local Eskimo people (Inuit) mainly survive by hunting and fishing, and are struggling as fish stocks become depleted by climate change. Between 13 and 19 August, the European Space Agency discovered that Greenland’s Jakobshavn Glacier lost its ice chunk with total area of 12.4km2 (equivalent to the size of Lamma Island), reflecting how global warming is accelerating glacier retreat in the Arctic.

Hsia Cin Yee, a Food and Nutritional Science major, explored the Inuit diet by observing the food diversity in two local supermarkets to understand the influence of globalization. She also interviewed the locals about their opinions of preserving traditional diet and the effect of importing industrial food. She discovered that the local supermarkets offer a wide variety of products from all over the world, including fresh meat, vegetables and fruits, canned food, snacks and daily necessities. Traditional meat like seal meat, venison and ptarmigan are available in fresh market instead of supermarkets. Thanks to the convenient modern transport and improved agricultural technology, vegetables like potatoes and berries can be cultivated in Greenland in summer. This breaks the myth that Inuit mainly rely on game from fishing and hunting. Considering the population growth, the increasing number of immigrants and the legal restriction on hunting, a great variety of industrial food is imported to meet the increasing demand. The Inuit, however, still value their tradition and eat Kiviak, traditional food made of little auks preserved in the hollowed-out body cavity of a seal, on birthdays and in weddings.

The average temperature in Greenland is below 0 °C, with the occasional temperature of 10 °C during the summer. Dominic Mak and Jonathan Leung, medical students, did a comparative study on physiological responses of acute cold among subjects from Hong Kong, the Rembrandt Van Rijn travellers, the vessel’s crew in the Arctic and the local Inuit, who possess different physiological characteristics (e.g. gender, ethnicity, weight, BMI, age, exercise habits). They discovered that the Hong Kong travellers had remarkably higher average increments in blood pressure values compared to the vessel’s crew. This shed light on the way the Greenlandic Inuit react to acute cold weather by various physiological adaptions. ‘It was a fruitful research experience, since I could apply research techniques such as SPSS to analyze the data. I am thankful for this precious opportunity to explore the world. I wish to contribute to society by conducting this research’ said Dominic.

The stunning scenic landscapes, gorgeous wildlife and icy adventures are definitely the trippers’ unforgettable experiences. Dominic enjoyed snow-shoe hiking as different landscapes and animals could be seen throughout the hike. He added, ‘There are so many amazing scenes in the Arctic. The best one is the moment walking in a snow valley amid falling snow. Everyone was silent and all we could hear was sound of eagles and falling rocks.’ Jonathan was deeply impressed by the boundless beauty in the icy world. ‘My precious memories picturing the devastating elegance of the frosting land can probably never tarnish, even with the test of time,’ he said. ‘Glaciers stood in front of me, like gigantic clear-cut crystals – covered by patches of snow, smooth as silk and soft as sugar. My photography captures nothing but a tip of the iceberg of the unique and extraordinary panoramas too wondrous to be clearly portrayed.’ Jonathan climbed up the Himalayas in 2012 and witnessed the impacts of climate change. He wished to take part in community education sharing his Arctic journey and the significance of environmental protection.

To Dominic, the most important lesson he learnt from the trip is the triviality of human significance. ‘Humans are powerless in vastness of nature and we could never take control of it. We should pay respect to the nature and protect every bit of it before it is too late.’ Jonathan was proud of the expedition team and the College－for the very first time a university in Hong Kong was able to lead an expedition team to the Arctic and managed to conduct researches covering a wide range of topics. He said, ‘Despite all the hardships, jet-lag, fatigue and technical difficulties we encountered during the trip, we were able to persist through the unforgiving Arctic chilling winds, snowstorms and blizzards. This has been a very fruitful, worthy and rewarding voyage for me, which will have a significant impact on my life for years to come.’ Back to latitude 22 degrees north (Hong Kong), the expedition team will dedicate in the preparatory work for their exhibition in October and the soon-to-be published special series of the Arctic experience. 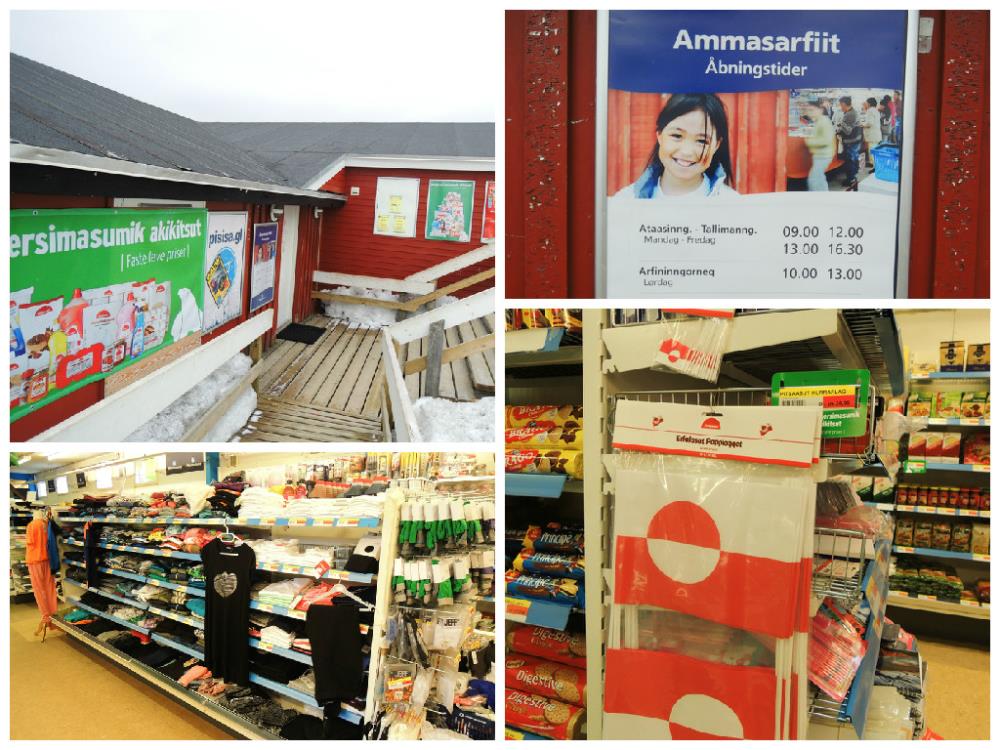 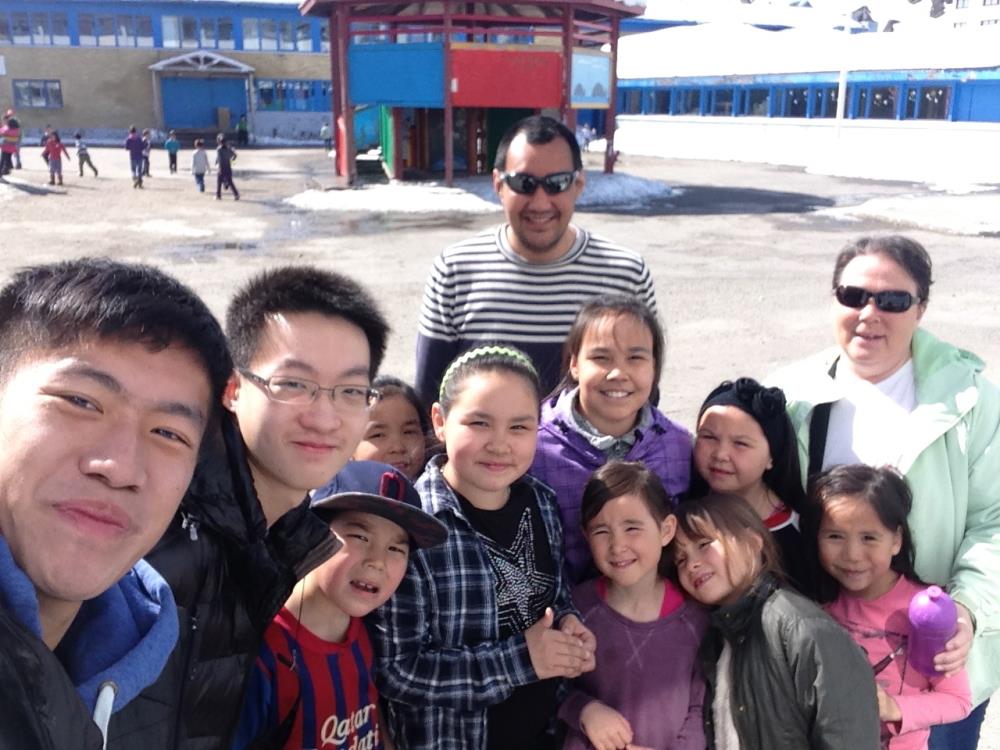 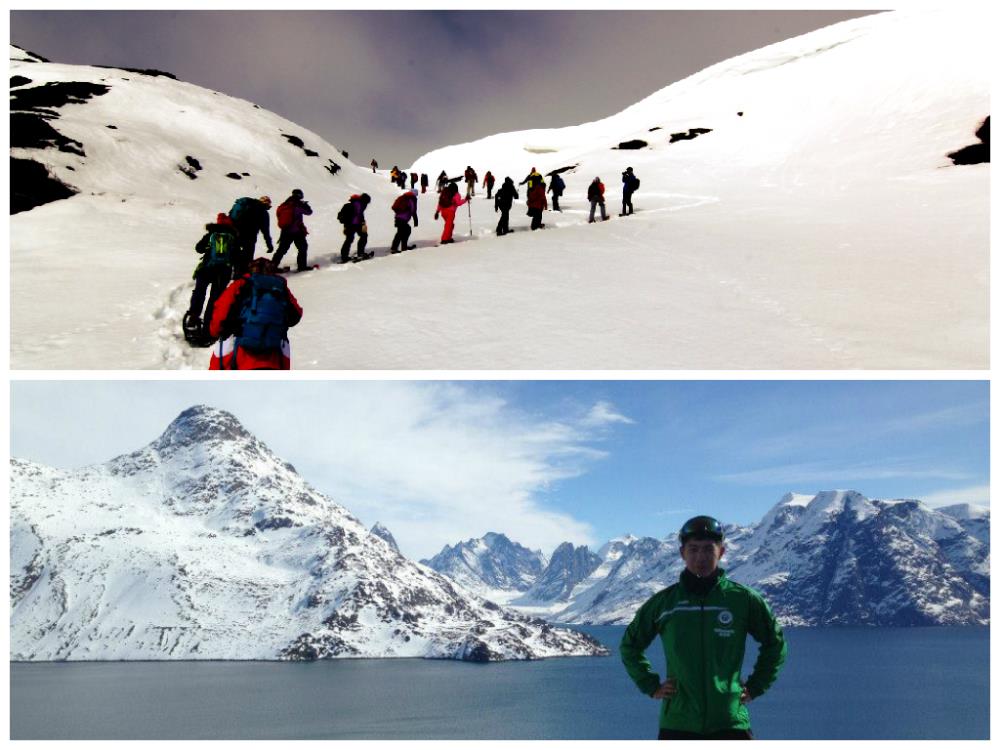 snow-shoe hiking (the 2nd photo is contributed by Dominic Mak) 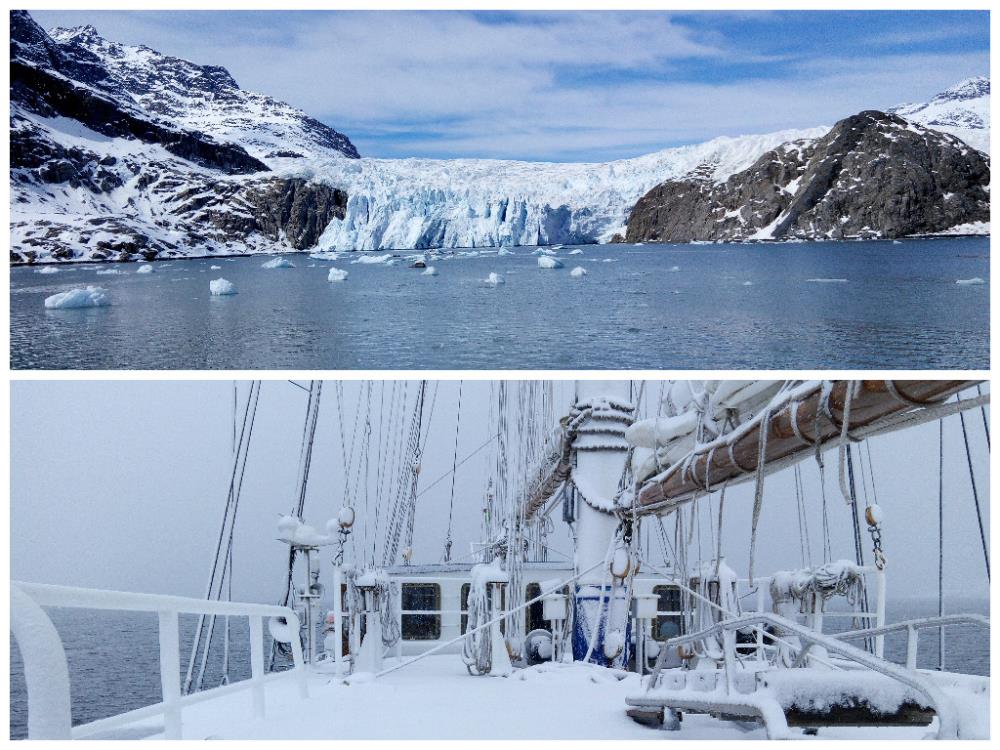 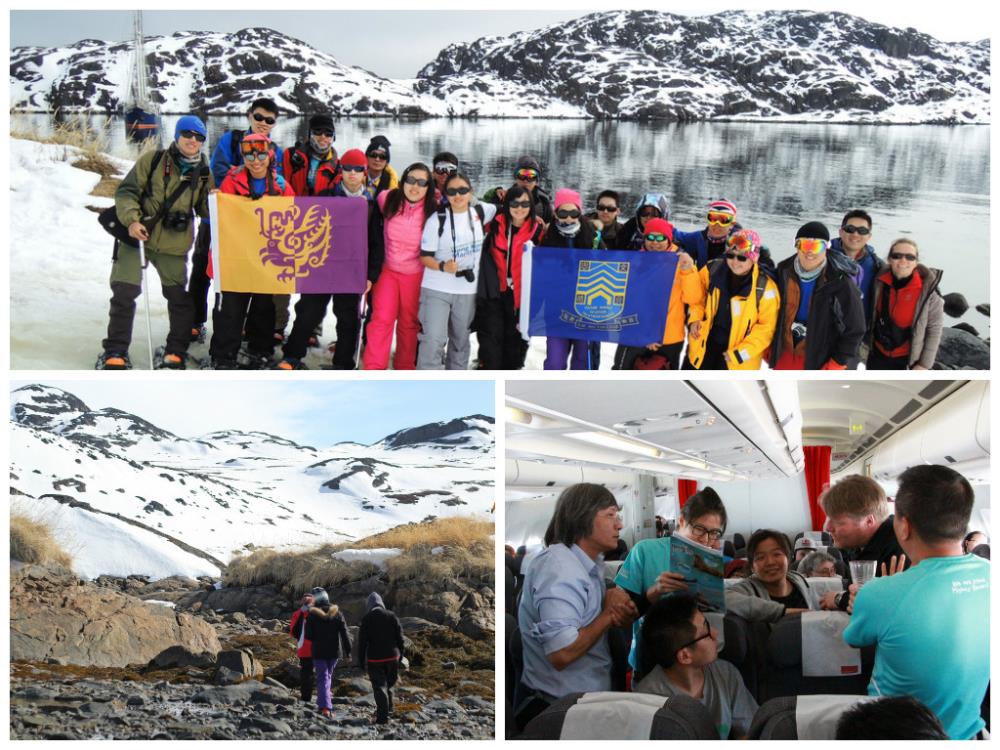