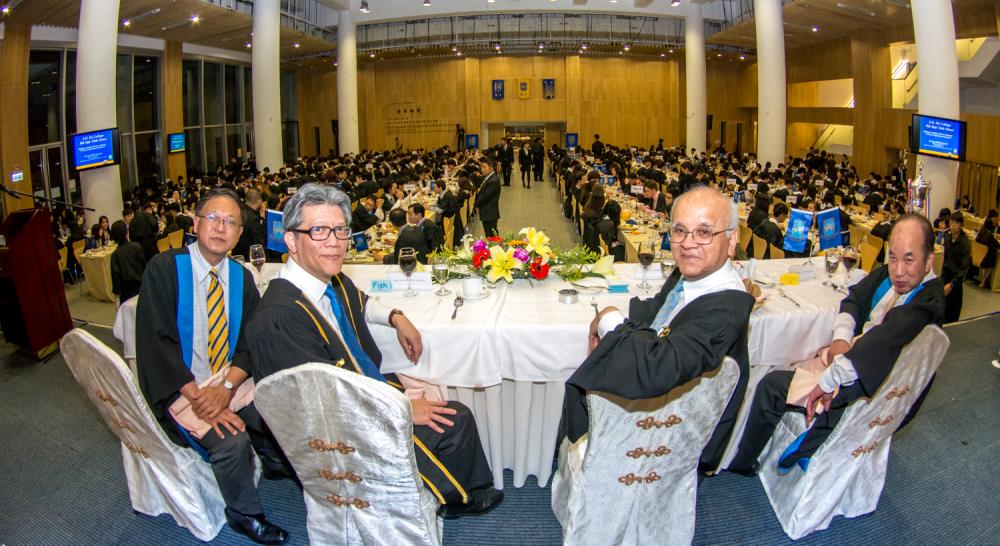 Hong Kongers are known for their diligence and innovativeness, who have transformed the city from a manufacturing powerhouse for textiles, electronics and toys into a world-class financial centre. Hong Kong’s core competitive advantages such as internationalized metropolis, independent judiciary, efficiency and proximity to mainland China have enabled the city to navigate global economic swings and domestic shocks. In the high table dinner held in March and April, students learnt from guest speakers about the concerted efforts of Independent Commission Against Corruption (ICAC) in combating corruption to uphold the city’s tradition of ‘Rule of Law’, and an accomplished entrepreneur’s pursuit of a successful life beneath the Lion Rock.

Mr. Ryan Wong, Deputy Commissioner and Head of Operations of ICAC explained to students the positioning of the ICAC and chronicled the corporate development since its inception in 1974. ‘The Operation Department enforces the anti-corruption laws by committing modern, sophisticated resources and well-trained investigators to rooting out criminal corruption and bringing perpetrators to justice. We also pay a proactive role in promoting alertness to the dangers of corruption in both the public and private sectors,’ said Mr. Wong. Hong Kong has been ranked by the US-based Heritage Foundation as the world’s freest economy for the 21st consecutive year. Hong Kong’s efficient and independent judiciary, convenience for international companies doing business on the Mainland, and low levels of corruption are recognized by the Heritage Foundation. A clean society with a level playing field where people may freely pursue their social, political and economic goals is the key to the city’s sustainable development.

‘To stand out in a knowledge society, you have to be far-sighted enough to capitalize every business opportunity. There is no real opportunity without risk,’ remarked Dr. Raymond Leung, Honorary Chairman of SAE Magnetics (H.K.) Limited. With a promising career in high technology industry, Dr. Leung has a staunch belief in Hong Kong has its own strengths and advantages in developing high technology, such as innovativeness, flexibility, international perspective, trilingual ability and its proximity to the Mainland. He noticed young people had been beefing about the declining social mobility, but he encouraged them to tap into the opportunities in knowledge society such as incubating startups with little capital after analyzing the market trend. ‘Changes are inevitable. Chance only favours the prepared mind. If you wish to succeed, you have to prepare yourselves to adapt and manipulate the changes,’ he reiterated.

There was a noteworthy ceremony in the high table dinner in March which ignited thundering applause in the dining hall. After the high table members proceeded to the head table and all the diners sang the College anthem, an eagle flew to Master Sun carrying a letter. After unfolding the letter, Master Sun smiled and announced, ‘The grand championship of the Master’s Cup 2014-15 comes to a successful conclusion on Ho Tim Hall. And the first runner-up of the CUHK Intercollegiate Table Tennis Competition 2014-15 goes to S.H. Ho College.’ Awardees then proceeded to the stage to accept the trophies presented by Master Sun. The magical moments in the Harry Potter style banquets will lurk in the diners’ memories. 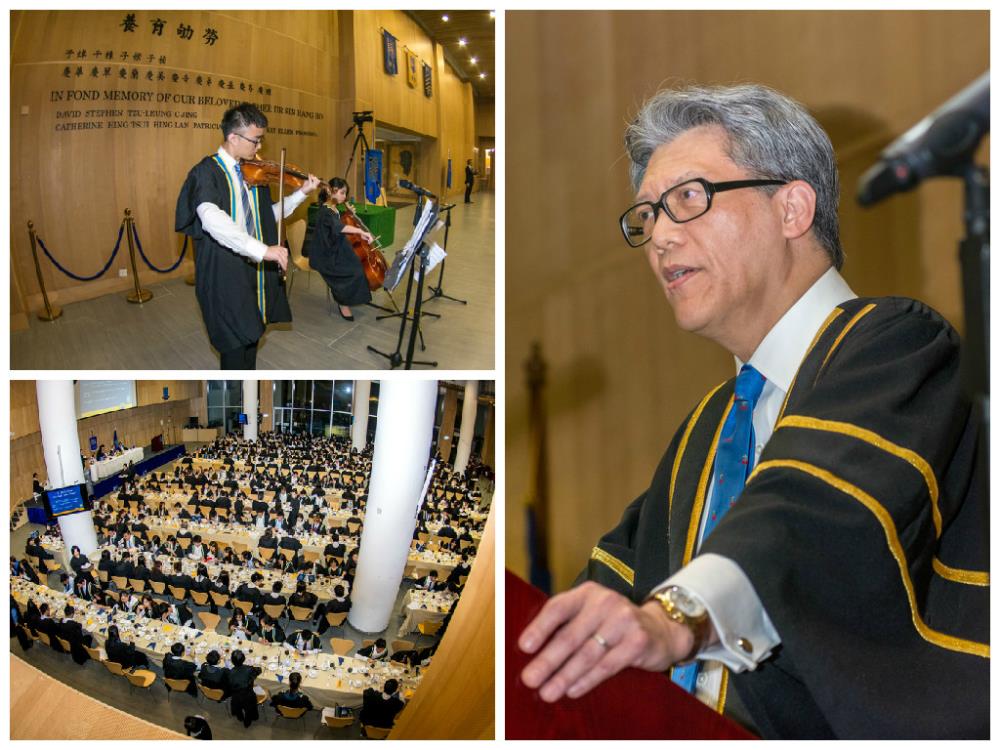 On 18 March, Mr. Ryan Wong, Deputy Commissioner and Head of Operations of ICAC explained to students the positioning of the ICAC and chronicled the corporate development since its inception in 1974. 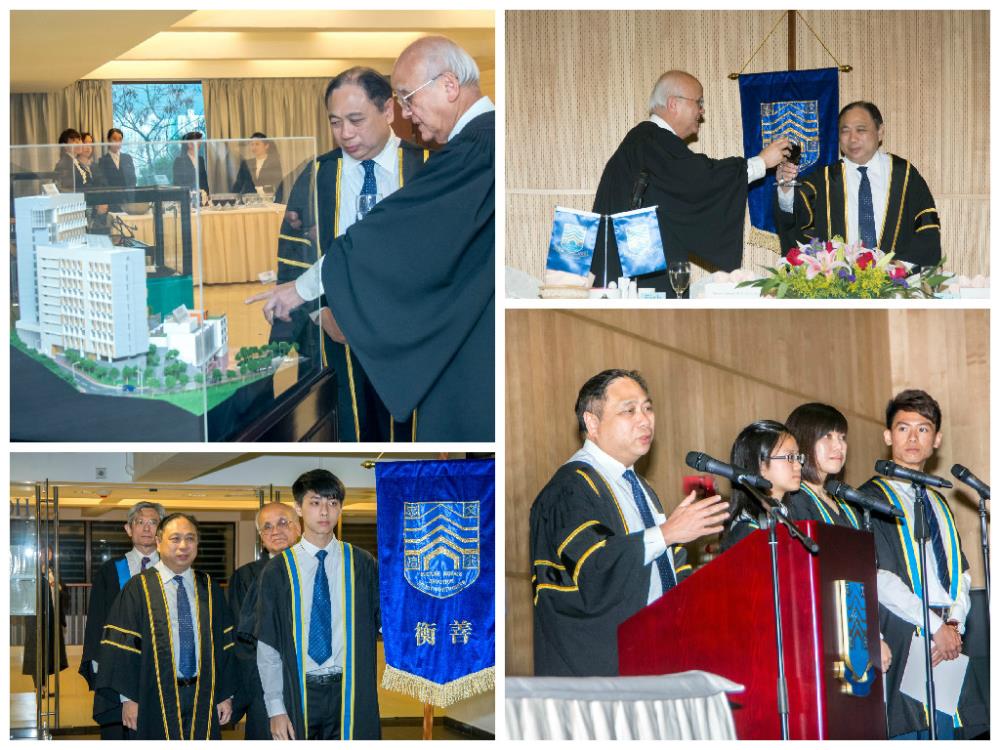 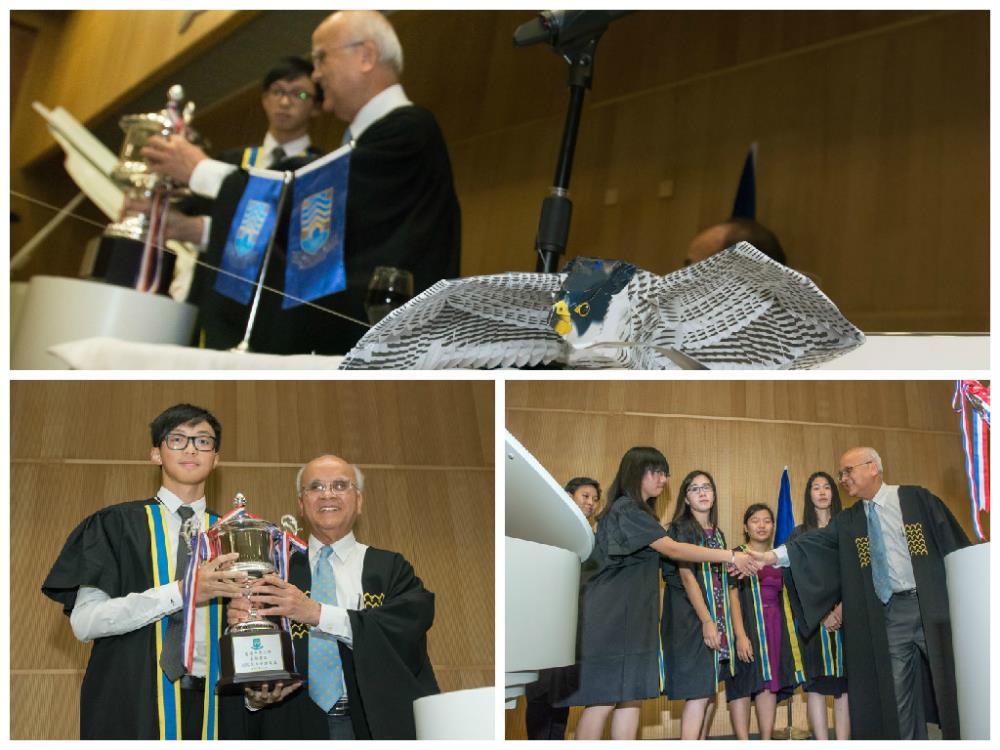 The noteworthy ceremony in the high table dinner in March which ignited thundering applause in the dining hall. 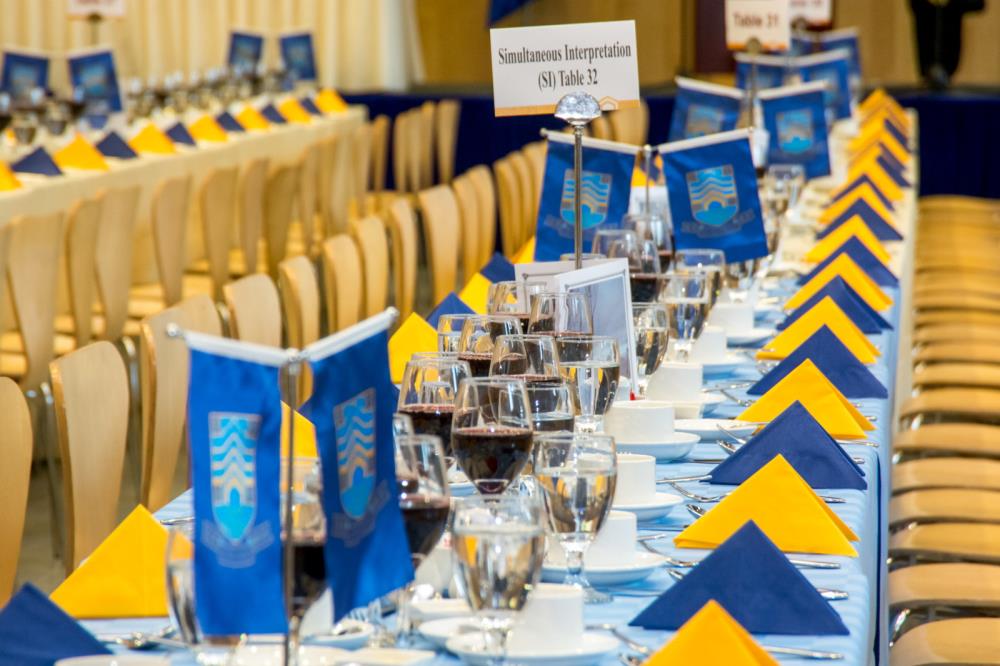