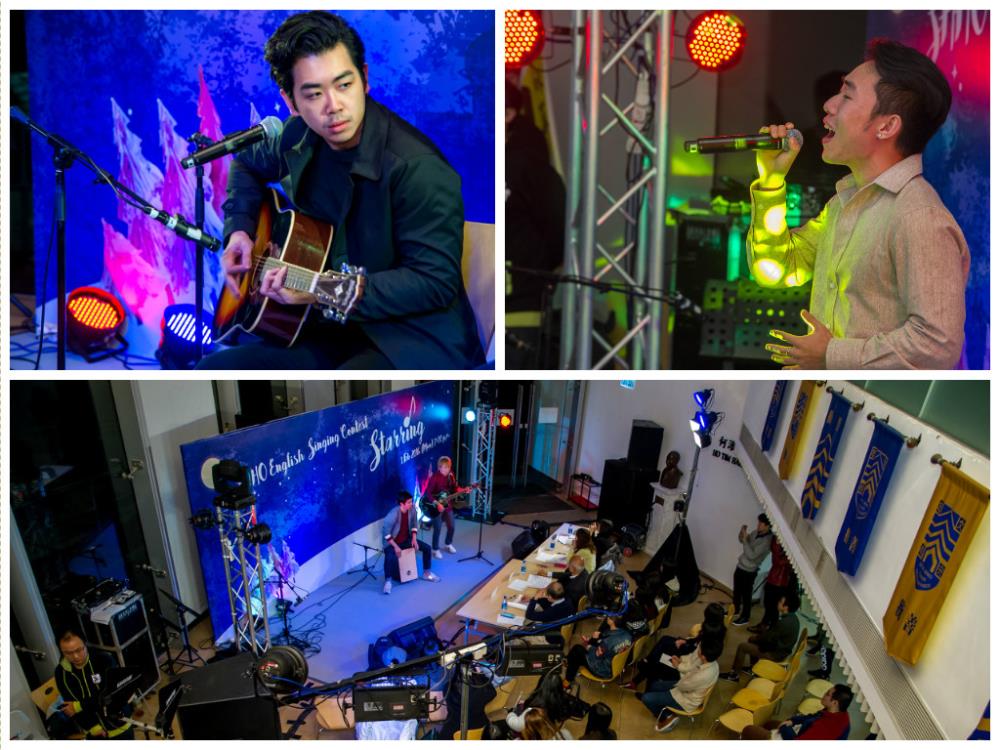 On 1 February, a spectacular arena was set up at the entrance of the College hostels. The audience began to enter the ‘concert hall’. The hall bustled with people formed a contrast with the continuous drizzle outside. This was the College’s inaugural English Singing Contest initiated by its College students and supported by the College’s English Programme Sub-Committee. Singing out the English lyrics, performers radiated their talent on the arena. 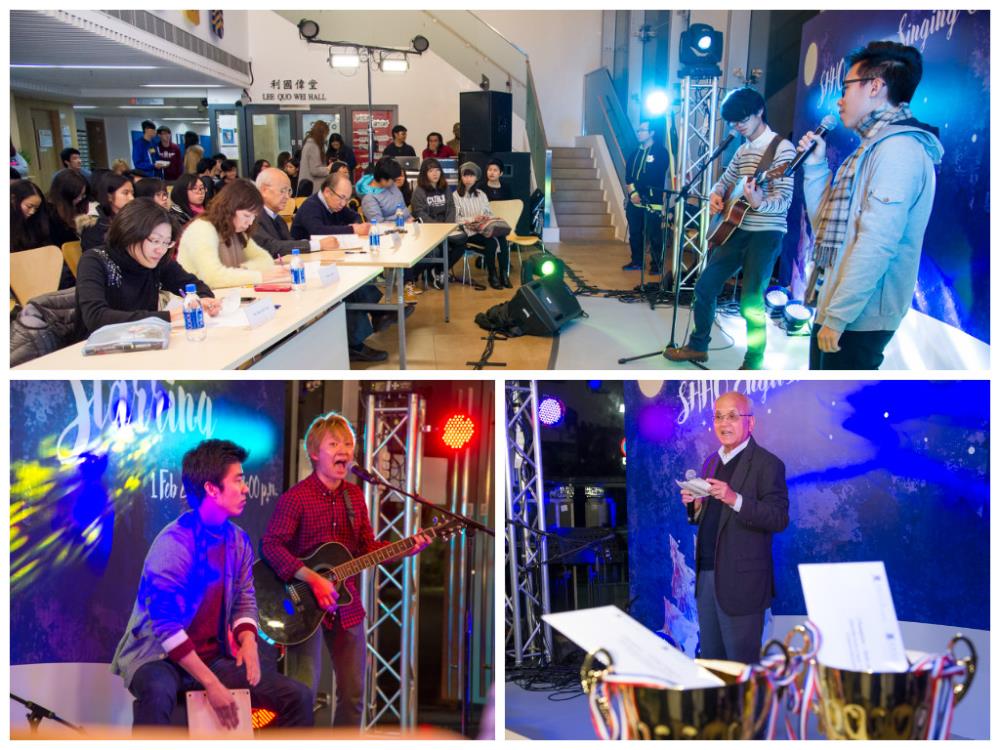 The contest smoothly came to a close. The adjudication panel consisted of Master Samuel Sun, Prof. Vincent Lee, Prof. Icy Lee and Ms. Olive Cheung eventually chose winners from the solo and group performances, namely the Solo Champion, the Group Champion and the Most Popular Award. John Cheng and Frances Valerie Liu, a Year 4 Journalism and Communications major and a Year 2 Translation major, performed Jason Mraz and Colbie Caillat’s ‘Lucky’. Their seamless-sounding duet was appealing to the adjudication panel, who chose them to be the Group Champion. Jin Peng, a Year 5 Computer Science major who performed Adele’s ‘Million Years Ago’, clinched the Solo Champion with his wonderful performance. Huang Ziyan, a Year 1 Business major who song ‘Jesus, Take the Wheel’, won the general support of the audience and received the Most Popular Award. 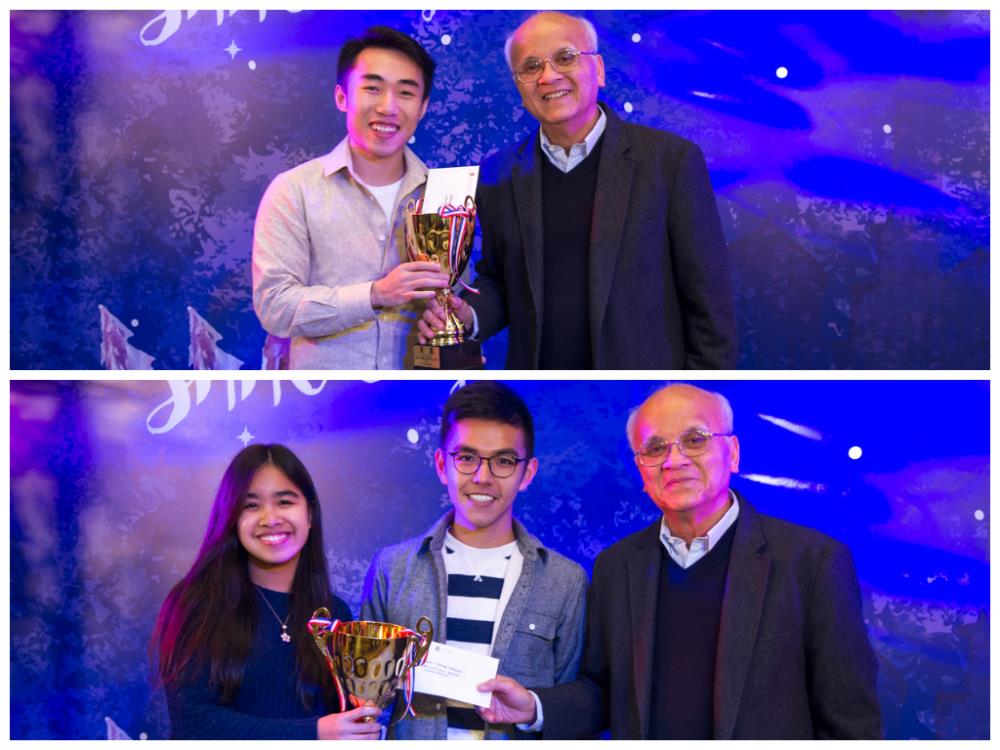