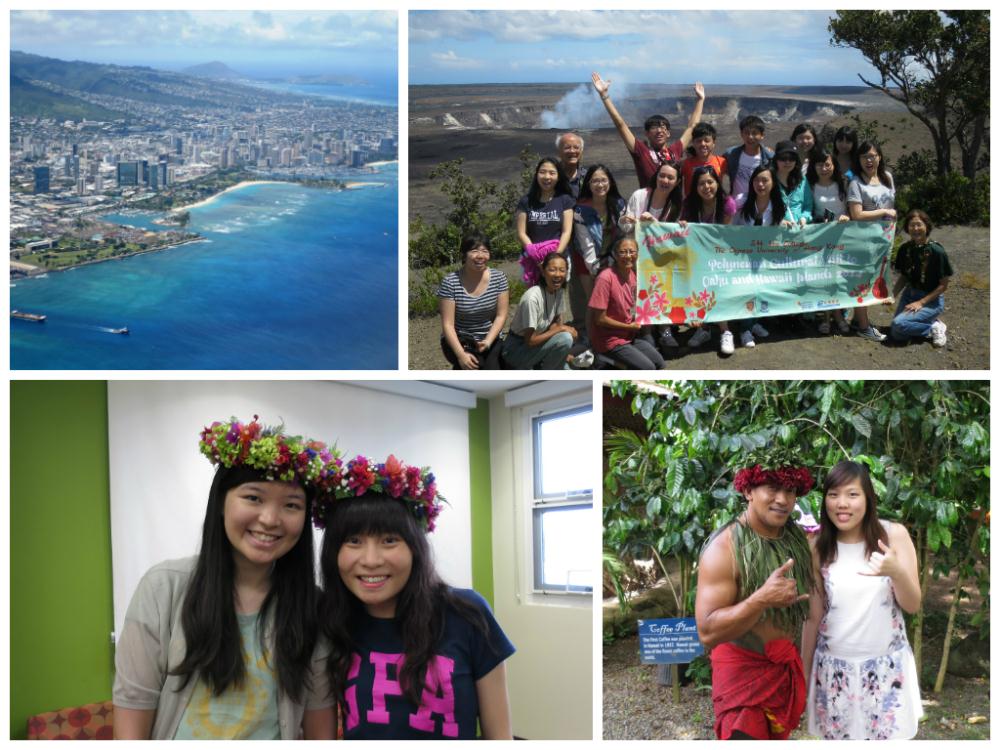 Hawaii, known as the ‘Paradise of the Pacific’, brings up images of warm breezes, hula, magnificent volcanoes, soft sand beaches edged by translucent water. With keen interest in exploring the authentic Polynesian culture in Hawaii, 16 S.H. Ho College members and students visited historical and geographical sites like Pearl Harbor and Hawaii Volcanoes National Park over the summer break. They were immersed in the cultural melting pot with ethnicities and lifestyles.

Oahu is home to the 80% of Hawaii’s diverse population, where the state capital Honolulu is on its southeast coast. Upon their arrival, the group paid a visit to Xing Zhong Hui, the historical site where Dr. Sun Yat-sen founded China’s first revolutionary society in 1894. ‘This is my Hawaii… here I was brought up and educated; and it was here that I came to know what modern, civilized governments are like and what they mean,’ Dr. Sun told a newspaperman in Hawaii in an interview in 1910. Growing up in Hawaii since the age of thirteen, Dr. Sun was astonished by this island ruled by law, where people lived with affection, mutual respect and hospitality. These are the ethnic values that Hawaiians strive to preserve, which resonate through each local resident in their assiduous efforts in preserving their cultural heritage and ecological conservation.

Participants were exposed to unique aspects of natives from various Pacific cultures at the Polynesian Cultural Center. After watching the cinematic show on the stunning natural beauty and the aboriginal life in Hawaii, they visited various aboriginal tribes one after another and mingled with the natives who demonstrated their own native arts. Chow Lai Ching was impressed by how the Samoans made fire by rubbing two sticks together and climbed 40-foot coconut trees in bare feet. She also enjoyed the process of making leis, the garlands created as gifts for someone to express affection or recognition in the Polynesian culture.

The Japanese attack on Pearl Harbor which led to the United States’ entry to the Second World War is not uncommon to the older generation. The participants called on the USS Arizona Memorial which it straddles the sunken hull of the Arizona battleship, the resting place of the massive American sailors killed during the sudden attack on Pearl Harbor. ‘Though we could only stay on the battleship for 8 minutes, we felt the power of the devastating bomb and the cruelty of war. The oil of the Arizona battleship is still leaking, probably it needs 200 years to clear the oil tank,’ Regina Cheng sighed.

‘Getting away from the hustle-and-bustle of city life and freeing ourselves from working around the clock, we are fully absorbed by the tranquility and magnificent natural beauty of Hawaii,’ remarked Regina.  The group went to the Hawaii Volcanoes National Park, hiking through the rainforest to see the spectacular volcanoes and even touched the cooled lava. They further hiked to the crater until late at night, exhausting though, the stunning star view expelled their tiredness and relieved their sore feet. Regina was amazed by how the Hawaiians put effort in preserving the marine life and the scenic landscape. ‘From the volunteers’ professional explanation of the rules at the Hanauma Bay, I feel the Hawaiians’ commitment to ecological conservation,’ said she.

The footprints on Waikiki Beach in Oahu marked the joyous memories about their curiosity in exploring the authentic Hawaii, the culinary pleasure of tasting Hawaii food, the exhausting hike to the crater under shimmering stars, all unexpected encounters with the Polynesian culture, and the spectacular moment overlooking Hawaii’s picturesque landscape at Pali Lookout where Mark Twain declared it as the ‘most beautiful view in the world’. 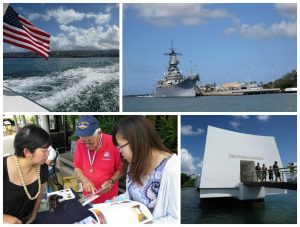 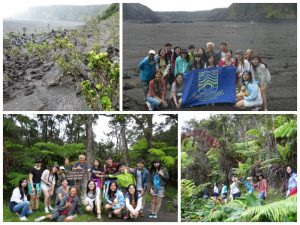 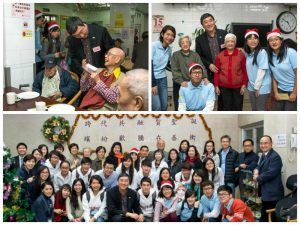 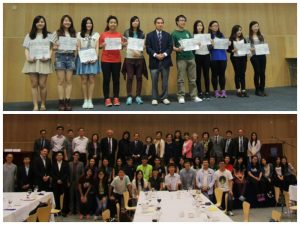 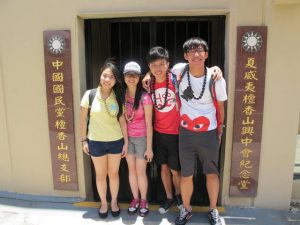