Highlights of the High Table Dinner 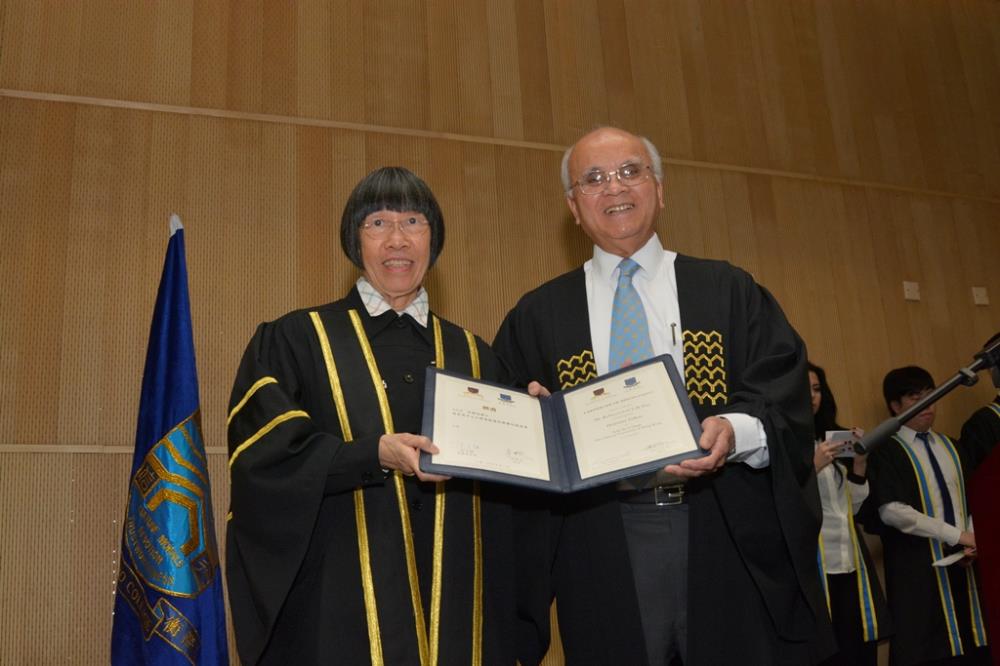 Communal dining is part of S.H. Ho College culture best exemplifies ‘home’ concept, among which a Western-style high table dinner is conducted once a month. While enjoying the culinary delight with elegant garnish, students are offered the opportunity to learn from the speeches of distinguished elites from various sectors invited to such occasions. In the first two months of 2015, students learnt from guest speakers about the extreme climatic change caused by accelerating carbon emission and the way Consumer Council has been endeavouring towards safe and sustainable consumption for consumer betterment. Dr. Rebecca Lee, the internationally acclaimed polar researcher, has been appointed as Honorary Fellow of S.H. Ho College in this formal occasion.

Mr. Wing-mo Leung, Adjunct Professor of The Hong Kong Polytechnic University and former Assistant Director of the Hong Kong Observatory, shared his firsthand observation in Australia, Vietnam, China and The Philippines titled ‘My Climate Story’ on 11 February. After showing the synopsis the RTHK programme ‘Meteorological series IV’ he anchored, Mr. Leung shared with students the retreating glaciers in Tianshan he observed. Located within the Tianshan Mountains 120 kilometers southwest of Urumqi, the Tian Shan No.1 Glacier is the closest glacier to an urban community in the world. Numbers from the Chinese Academy of Sciences indicate that the glacier’s surface area had drastically shrunk by 14% over the four decades between 1962 and 2006 under increasing global temperatures. Mr. Leung also revealed the extreme climatic change he observed such as the drought in Queensland, Australia, and the devastating typhoon in The Philippines. ‘The culprit is the accelerating carbon emission from polluting industries,’ he said. His presentation has engaged the audience’s intellectual curiosity and he answered questions covering the introduction of desalinated water to Hong Kong, advocacy for environmental conservation through civic influence, and joint collaboration among world leaders in international summits.

In the same occasion, Master Samuel Sun officially presented the College’s honorary fellowship appointment certificate to Dr. Rebecca Lee to recognize her distinguished contributions in her polar research that have benefited the society in general and the College in particular. Dr. Lee is the world’s first woman explorer who has made 18 expeditions to the poles and four ventures to Mount Everest. Master Sun also announced the Arctic Expedition to be held in May this year, which aims at researching, expedition and understanding Paleo-Eskimo cultures. Selected S.H. Ho College students will embark on their expedition and experience an extraordinary term break in the Arctic. At the High Table Dinner on 16 April 2014, Dr. Lee introduced to diners on her life expedition as a polar explorer during which she captured life in harsh conditions with her camera, and educated the Hong Kong and mainland communities about the environmental protection through art.

CHOICE Magazine issued by the Consumer Council which disseminates useful information, tips and alerts on monthly basis is no stranger to Hong Kong consumers. Testing and survey on products and services initiated by the council are often broadcasted in the television news. On 21 January 2015, Prof. Wong Yuk-shan, President of The Open University of Hong Kong, detailed to students how the Consumer Council has been endeavouring towards safe and sustainable consumption for consumer betterment. He further introduced the council’s three-year goal which includes deepening connection with community through effective new media and proactive stakeholder engagement, and empowering consumers through education on legal rights as well as provision of product and service information. ‘In face of unsettled economic outlook and ever rising consumer expectation, the council will continuously increase the transparency of product and service information and leverage the new media to safeguard consumers’ rights,’ said Prof. Wong.

Mr. Wing-mo Leung is sharing his firsthand observation in Australia, Vietnam, China and The Philippines. 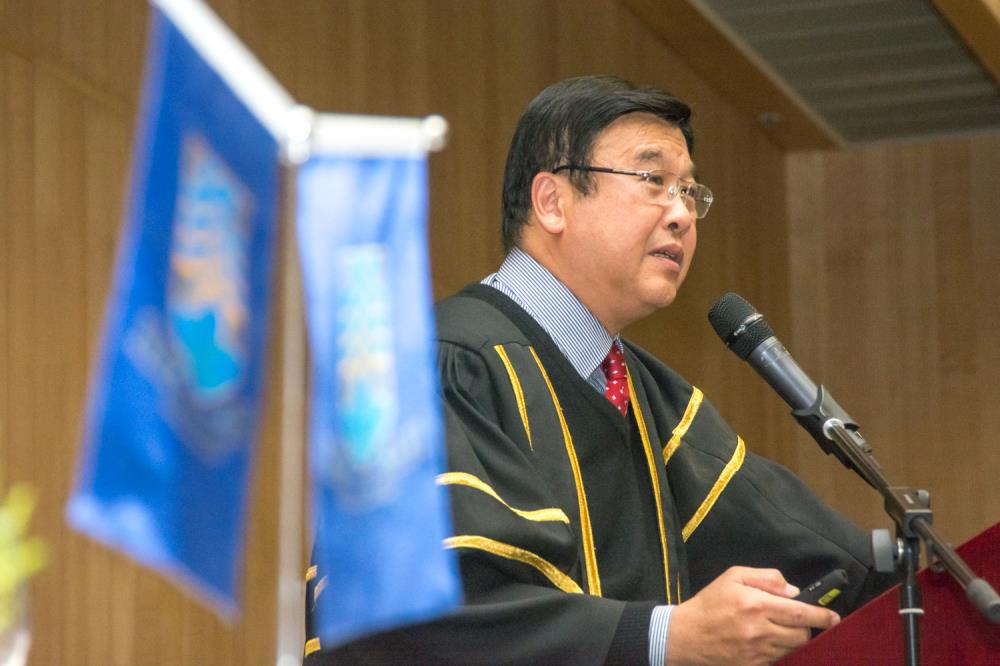 Prof. Wong Yuk-shan is explaining how the Consumer Council has been endeavouring towards safe and sustainable consumption for consumer betterment. 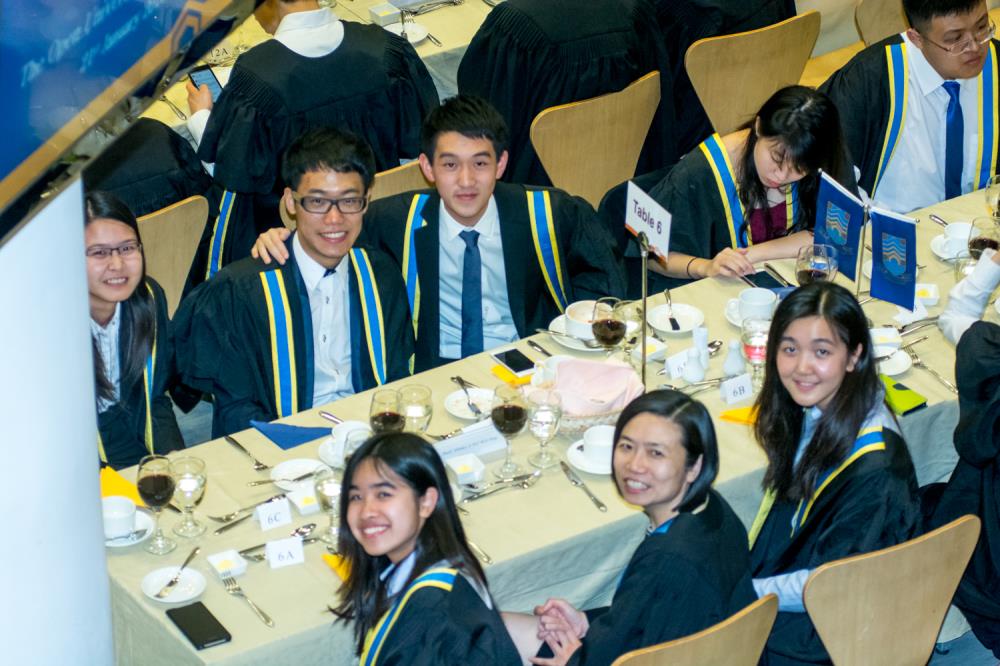 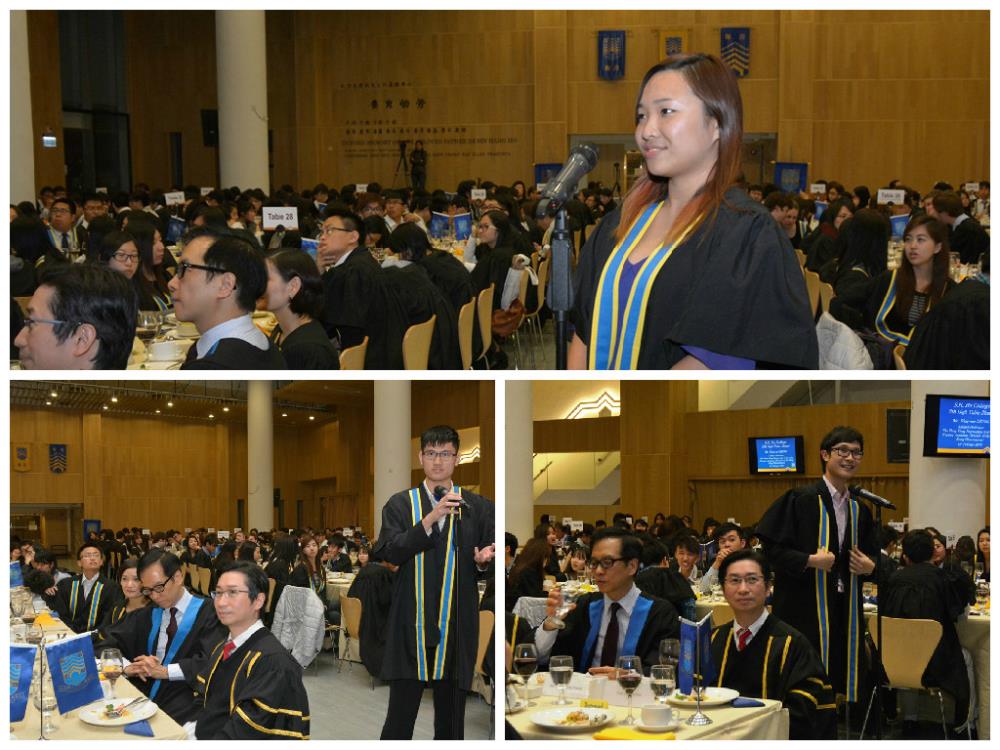