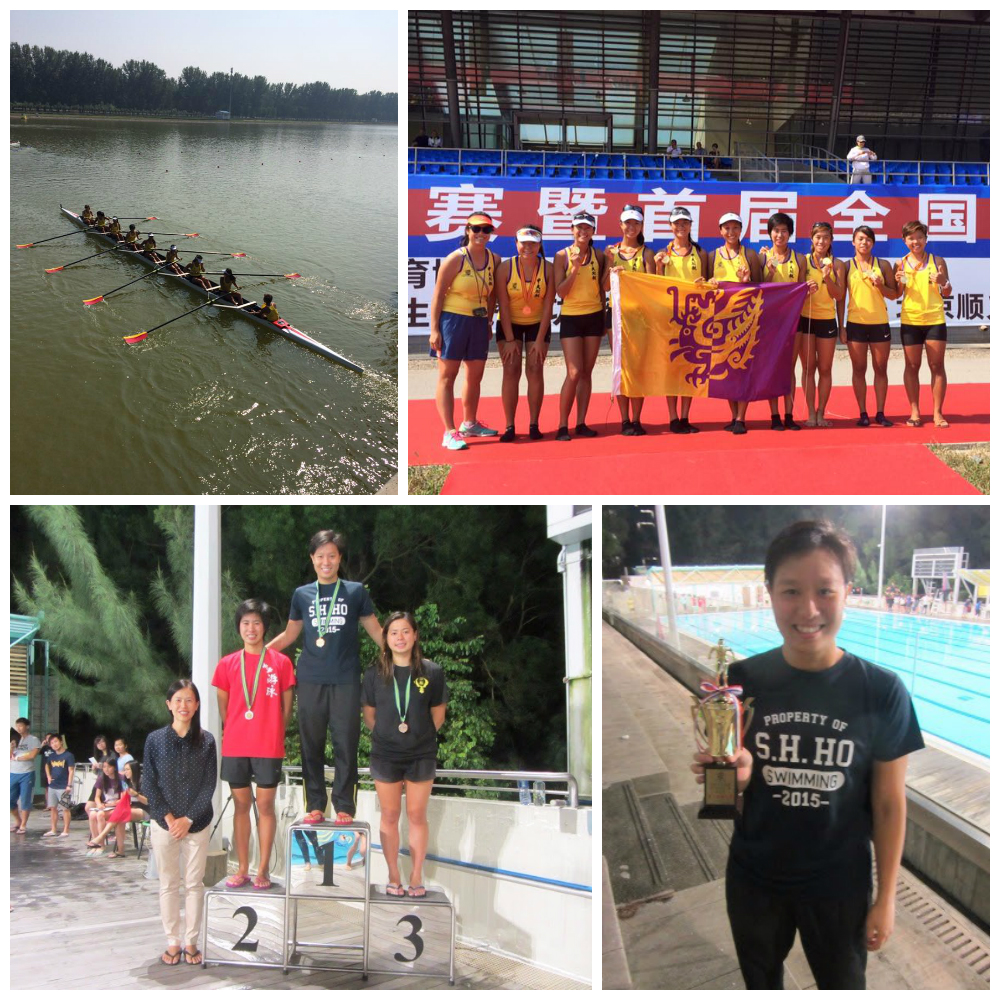 S.H. Ho College athletes have achieved brilliant results in competitions locally and nationally. CUHK Women’s Rowing Team, among which was our College student Lau Yuen Yee, was awarded Champion in the Women’s 8cox event in the 1st All China Universities Rowing Championships 2015. Rachel Leung won the individual champion with a record breaking performance in 50m in butterfly stroke in the CUHK swimming gala. The results not only represent the hardship the athletes underwent during the intensive training, it involves sportsmanship and perseverance that they have embodied.

The inauigural All China Universities Rowing Championships 2015 was held in the Olympic Rowing-Canoeing Park, Beijing, China on 14 to 21 September 2015. Two CUHK teams were sent, namely Men’s 8cox and Women’s 8cox. In the women’s event, a total of 6 universities competed for the 2000m race. The CUHK Women’s team finished off the competition with a triumphant victory, over 6 seconds ahead the first runner-up Xi’an Jiantong University, and 9 seconds ahead the Tianjin University. In the men’s event, a total of 12 universities were divided into 2 groups in the preliminary rounds, and the first 6 boats would enter the final. The CUHK Men’s team entered the final and was ranked the 5th in the Men’s 8cox event.

In the CUHK Aquatic Meet held on 9 October, S.H. Ho College sent 9 swimmers to the contest and they achieved good results. Rachel Leung clinched the women’s grand individual championship with a record-breaking performance in 50m in butterfly stroke, her new record was 29″61′ (more than half a second faster than the old record). Our College Men’s Team was ranked the 4th among the 9 Colleges, and Ng Cheuk Hei obtained 1 silver and 2 bronze medals in 3 different breaststroke races. After the award presentation ceremony, Mr. Clement Wu, SHHO swimming coach, encouraged all the swimmers and took group photo to share the joyous moment.

Whether the athletes could stand on the award presentation podium or not, the thundering cheering and clapping from the auditorium went to all participating athletes for their sportsmanship and hardship they had gone through. Sportsmanship is athletes’ overall passion and respect for sport and recreation regardless of victories or setbacks in competitions. Sportsmanship is recognizing and acknowledging honour and efforts among team members and even opponents. Players enjoy the recreational experience together and encourage each other to transcend one’s constraints.  Through continued practices and mutual support all along, physical health, mind strength and perseverance are nurtured. 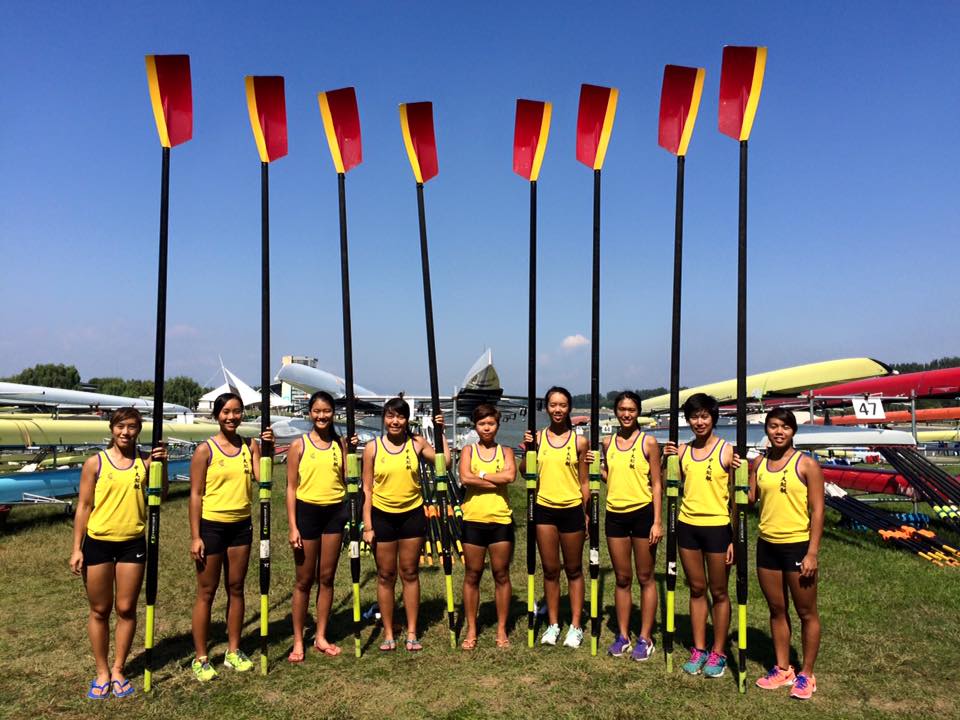 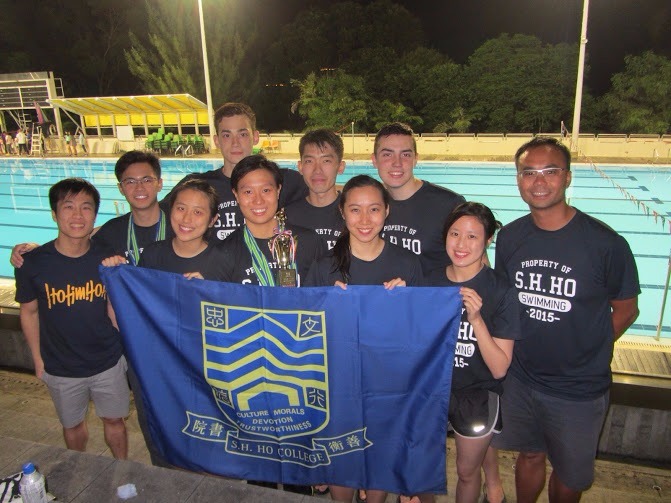 Rachel Leung (3rd from left) and other SHHO swimmers