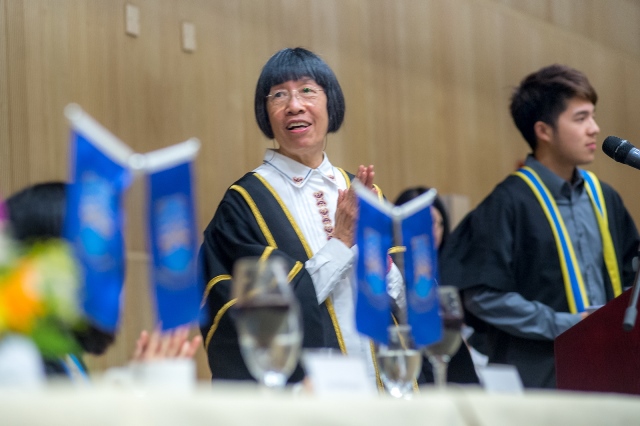 ‘Some people doubted what I could achieve in my expeditions, saying that I shouldn’t have left the design industry from which I was making money,’ says Dr. Rebecca Lee, the world’s first woman explorer who has made 18 expeditions to the poles and four ventures to Mount Everest. ‘But this is my life, and I chose to pursue my dream,’ she smiled. At the High Table Dinner on 16 April 2014, Dr. Lee elaborated on her life expedition as a polar explorer during which she captured life in harsh conditions with her camera, and educated the Hong Kong and mainland communities about the environmental protection through art.

After graduating from the Hong Kong Technical College (now The Hong Kong Polytechnic University) in 1964 with a Certificate in Commercial Design, Dr. Lee built a promising career as a graphic designer designing the logo for China Power and Light Company and working on Cathay Pacific’s in-flight magazine for 10 years.  She also contributed to the mainland’s tourism development by catalyzing the establishment of theme parks Window of the World and Splendid China Miniature Scenic Spot. When she visited the Antarctic for the first time in 1985 on a business trip to promote the mainland’s new base there, she was intrigued by the gorgeous scenery and determined to preserve the polar regions as her life mission.

With her photography and design talents, Dr. Lee has been sharing her observations and experiences her polar expeditions in almost three decades in the forms of articles, books, image exhibits and documentaries. ‘It is crucial to know when to do what in our lives,’ Dr. Lee emphasized. She built up her livelihood skills and physical strength in the first 20 years. In the second 20 years, she travelled around the world to widen her horizon by observing people from different cultures. Having built her reputation in the design industry and saved enough money, she could shift her career path in the third phase of life: from a graphic designer to pursue her dream in exploring, researching and educating the public to conserve the polar regions. Dr. Lee was conferred the CUHK Honourary Fellowship on 16 May 2013 with her remarkable contributions to the University and the society.

Dr. Lee is worried about the extreme climatic change and environmental destruction caused by the accelerating industrialization and urbanization of the world. To inspire the next generation to be serious towards life and conserve the environment, she now focuses on giving hundreds of lectures to primary and secondary school students, university undergraduates in Hong Kong, Macau and China about her work, adventure and latest scientific findings in the polar regions. With an aim to raise public awareness towards environmental protection, Dr. Lee contributed the valuable collections which crystalized her lifelong fieldwork in the three poles to the Jockey Club Museum of Climate Change inaugurated by CUHK on 16 December 2013.

Dr. Lee quoted Laozi’s famous verse ‘A journey of a thousand miles begins with a single step’ which best illustrated the driven force which ignited her life expedition dream. She encouraged the students to take their first step to leave their comfort zone, and to see the world outside Hong Kong and what life could be with global responsibility. 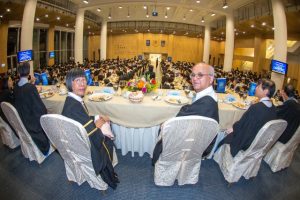 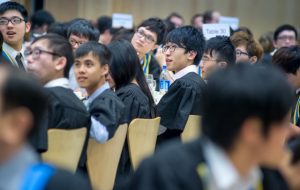 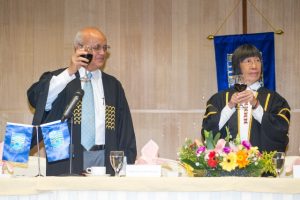 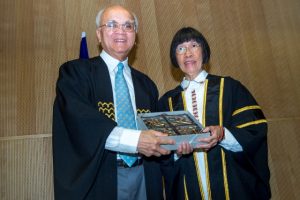