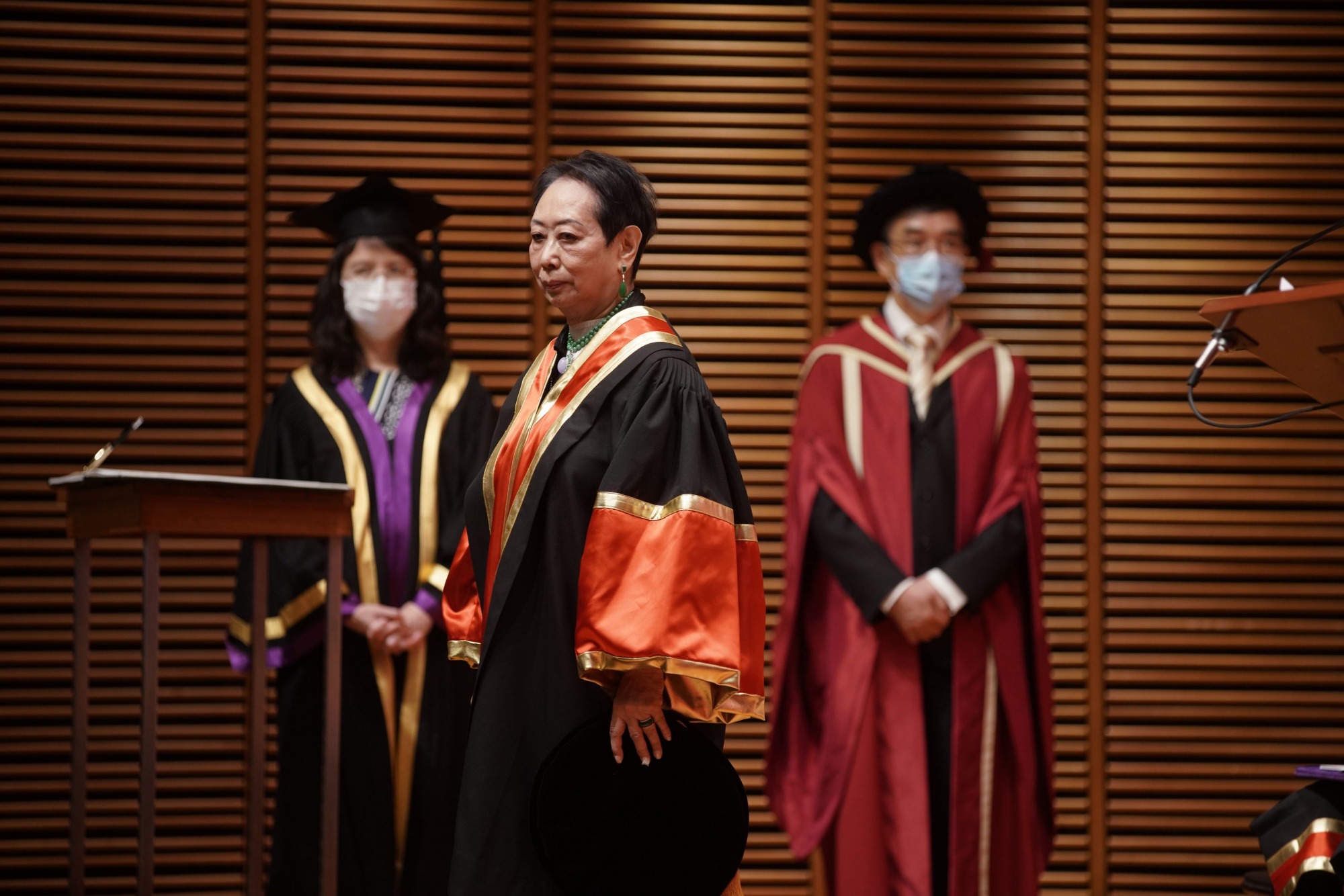 The Chinese University of Hong Kong held its Nineteenth Honorary Fellowship Presentation Ceremony on 28 June, 2021. Prof. Ng Yuet-lau, College Honorary Fellow, is one of the four distinguished persons appointed Honorary Fellow by Dr. Norman N.P. Leung, Chairman of the CUHK Council, in recognition of her remarkable achievements and contributions to the University and the community.

Being active in the art circle, Prof. Ng. has held many art exhibitions at CUHK and her solo exhibitions could be found in major universities in China and overseas. Her works are also much sought after by various art galleries, museums and private collectors, including the Great Hall of the People, Beijing Jingxi Hotel, Diaoyutai State Guest House. For her outstanding achievements in art, she was awarded the “Certificate of Recognition” by the Canadian Prime Minister and the Town of Richmond Hill, Toronto in 2013. In the following year, she was listed among “The World’s One Hundred Outstanding Chinese”, and was also honoured with the title of “The World’s Outstanding Chinese”.

Prof. Ng has led the students of S.H. Ho College in four painting and cultural trips to Shaoxing, Dunhuang, Kyushu in Japan, as well as Gyeongju and Busan in South Korea since 2015. She has also offered painting workshops at the College for many times, and demonstrated her art techniques during Cultural Dinner and High Table Dinner at the College. 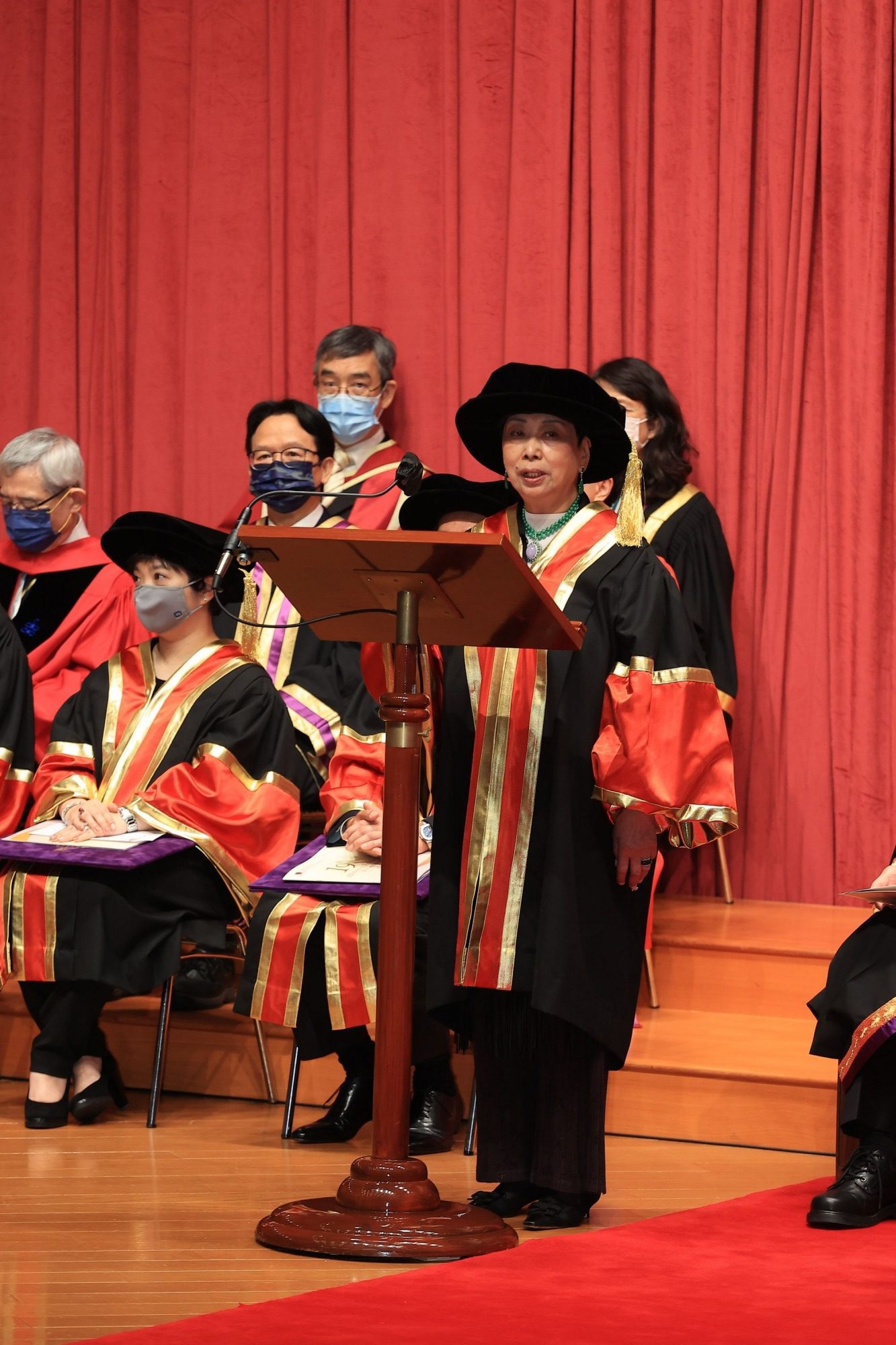 Prof. Ng delivers a speech on behalf of all the Honorary Fellows at the ceremony. (Photo credit: Communications and Public Relations Office, CUHK) 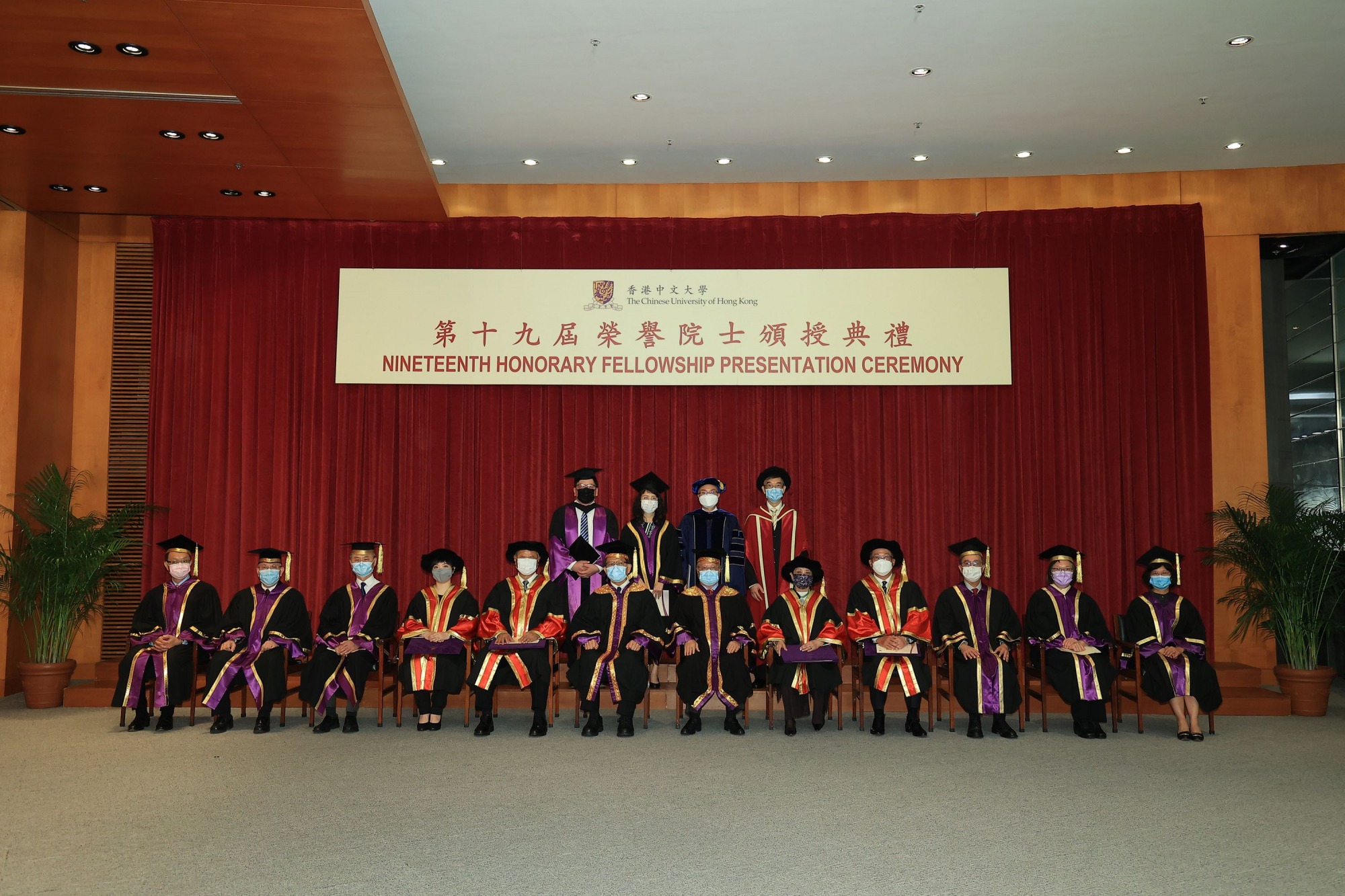 A group photograph of the Honorary Fellows and guests at the ceremony. (Photo credit: Communications and Public Relations Office, CUHK)