An Icy Challenge for a Good Cause 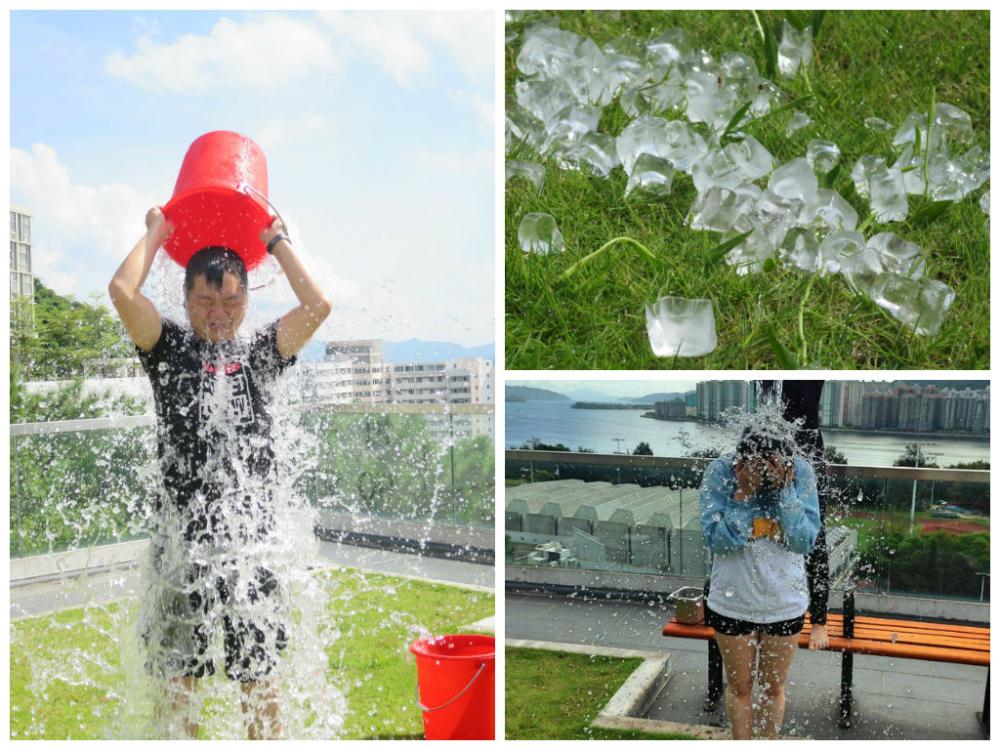 A few staff members and students at S.H. Ho College made a gritty determination over the scorching summer. They dumped a bucket of ice water over their heads on the lawn of the College’s rooftop, and made a donation in support of patients with amyotrophic lateral sclerosis (ALS), a progressive neurodegenerative disease that is hard to cure. The ice water moisturized the grass for its growth, symbolizing the participants’ good will to inspire continued tending care for the needy.

Ice Bucket Challenge—a charity campaign which aims at raising awareness of ALS and calling for donations—originated in the United States. Catalyzed by the viral effect of social media, the campaign enjoyed wide support from around the world in August. Those challenged have 24 hours to complete the task on video, or make a US$100 donation to the ALS Association. Many do both though. Our College staff member Ms. Ida Law is one of bold challenge-takers.

‘The moment doused by the ice water is spine-tingling, but the numbness induced by the ice couldn’t be compared to those patients suffering from ALS,’ Ida reflected. She could do nothing to help the patients who are struggling with the devastating disease, but would like to raise awareness on ALS through joining this charity campaign. She added, ‘We should treasure our health. As long as we are healthy, we could offer others a helping hand. Healthcare resources will be allocated to the needy.’ Cathy Ngo, a SHHO student nominated by Ida Law, has made a special decision: In this half a year, she will donate money to ALS Association on a monthly basis in hope of expressing continued support to ALS patients through contributing to medical treatment research in the long run.

The Ice Bucket Challenge has literally ‘soaked’ the CUHK campus. Prof. Joseph Sung met the icy challenge on 20 August as nominated by alumnus Ricky Wong Wai-kay, CUHK Rowing Team and CUHK Chorus. In turn, he challenged the present and former presidents of the Student Union of CUHK of last year and the year before, namely Cheung Sau Yin, Chung Yiu Wa (SHHO student) and Yeung Ching Yin. Professor Sung announced that he would donate US$100 to Charles K. Kao Foundation for Alzheimer’s Disease for each nominated student who accepted the challenge. 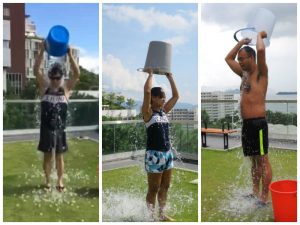 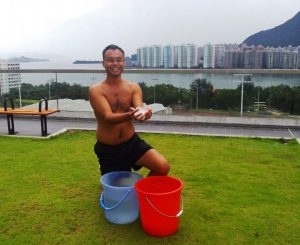