A Tribute to Our Pioneers 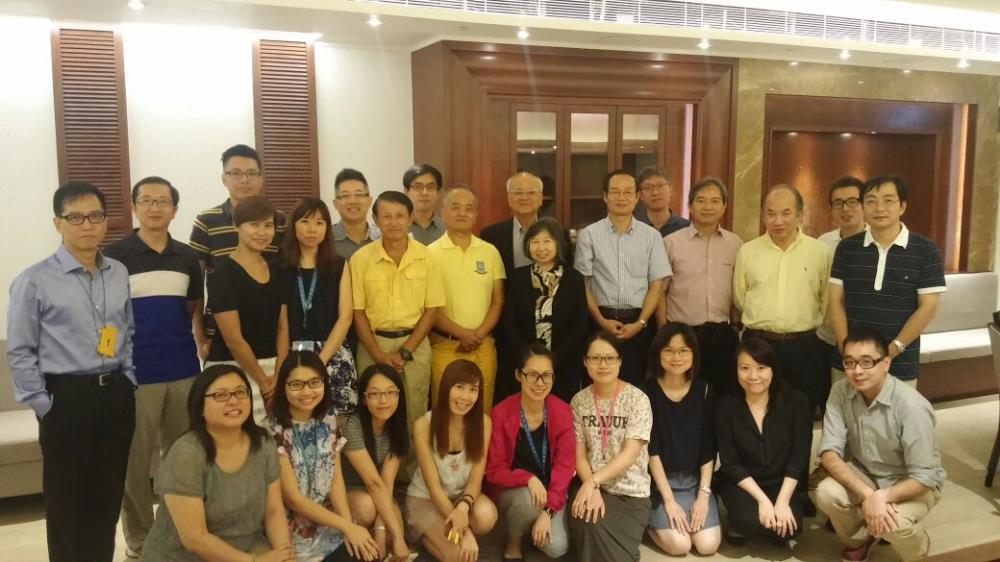 This summer, teaching and administrative staff of S.H. Ho College bid a fond farewell to a few allies who built the College. They are Prof. Wei Ge of the School of Life Sciences, Prof. Law Huk-yuen of the Department of Curriculum and Instruction, Mr. Kwok Wing-cheong of the Department of Sports Science and Physical Education, and our College workman Mr. Cheung Man-kong. Master Samuel Sun delivered a speech in the farewell lunch held at Connexion, in which he recognized the contributions made by the leaving staff. Master Sun also represented the College to thank them for their toil for the College as pioneers.

Prof. Wei Ge joined S.H. Ho College in 2009. He was the Chairman of the College’s Scholarships, Awards, Financial Aids and Grants Committee who founded a solid and effective system in selecting candidates for scholarships and financial aids. He was also a member of the College’s Student Exchange Committee, who played an instrumental role in setting up policies on the exchange programmes and overseeing the College’s student exchange programmes. Prof. Ge is a renowned expert in reproductive biology. He closely examined the zebrafish to unlock the precise way that an animal’s cells communicate and instruct each other to start puberty and begin to reproduce. Prof. Ge managed to develop an understanding of the reproduction process which would prove a key factor in helping the sturgeon’s ongoing existence. His unique technique of micro-dissection of the zebrafish’s reproductive system has been published in the preeminent journal in the field, Molecular Endocrinology. Prof. Ge has become the Associate Dean of Faculty of Health Sciences, the University of Macau. With genuine appreciation to CUHK’s collegiate education, he has been playing an active role in sharing his collegiate education experience at CUHK with his counterparts at the University of Macau.

Prof. Law Huk-yuen served as a Professor in the Department of Curriculum and Instruction at CUHK, where he led the mathematics education team and also held the positions of the Programme Director of the Master of Science in Mathematics Education and the Programme Coordinator of the B.Ed. of Mathematics and Mathematics Education. During his term of service, he had been actively involved in researching practitioners’ action in their workplace under Hong Kong’s curriculum reform with particular reference to the lesson and learning studies in the field of mathematics education. Joining S.H. Ho College in 2013, Prof. Law is a member of the College’s Student Exchange Committee, who contributed to setting up policies on the exchange programmes and overseeing the College’s student exchange programmes. With a keen interest on sports activities, he took part in the ‘MSC’ team (a team jointly formed by Morningside College, S.H. Ho College and CW Chu College) compete in basketball game in the Vice-Chancellor’s Cup (VC’s Cup) held in November 2014. Prof. Law will be teaching in the College General Education (CGE) programme in 2015-16 to inspire and foster students’ growth with other CGE teachers.

Mr. Kwok Wing-cheong was CUHK’s tennis coach who joined the College in 2010. Over the years, he had been coordinating the College’s sports activities and organizing sports teams. He has made a significant contribution in the development of the College’s tennis team. Starting from 2014, College students who aspire to join the team have been encouraged to join the Summer Intensive Tennis Training through which their team spirit and tennis playing techniques are enhanced. Mr. Kwok’s former roles in the College include being the Chairman of Task Force on Sports Development, Resident Tutor, and a member of Student Life Sub-Committee. He also actively organized outdoor activities as freshers’ mentor. As such, they would be motivated to pursue a healthy lifestyle, while being offered a helping hand on adapting to and engaged in the college life.

Mr. Cheung Man-kong is among the first batch of the College workmen. Everyone in the College called him ‘Brother Gong’. He is amiable and well-liked by students. Brother Kong was previously interviewed by the College’s student magazine SinBo. In the farewell lunch, he expressed gratitude to all brothers and sisters’ unfailing support, and blessed our home to be harmonious and prosperous. Master Sun said, ‘Even though these College staff are leaving us, the bonding as family members lasts. I hope that they will come back home and visit us.’ 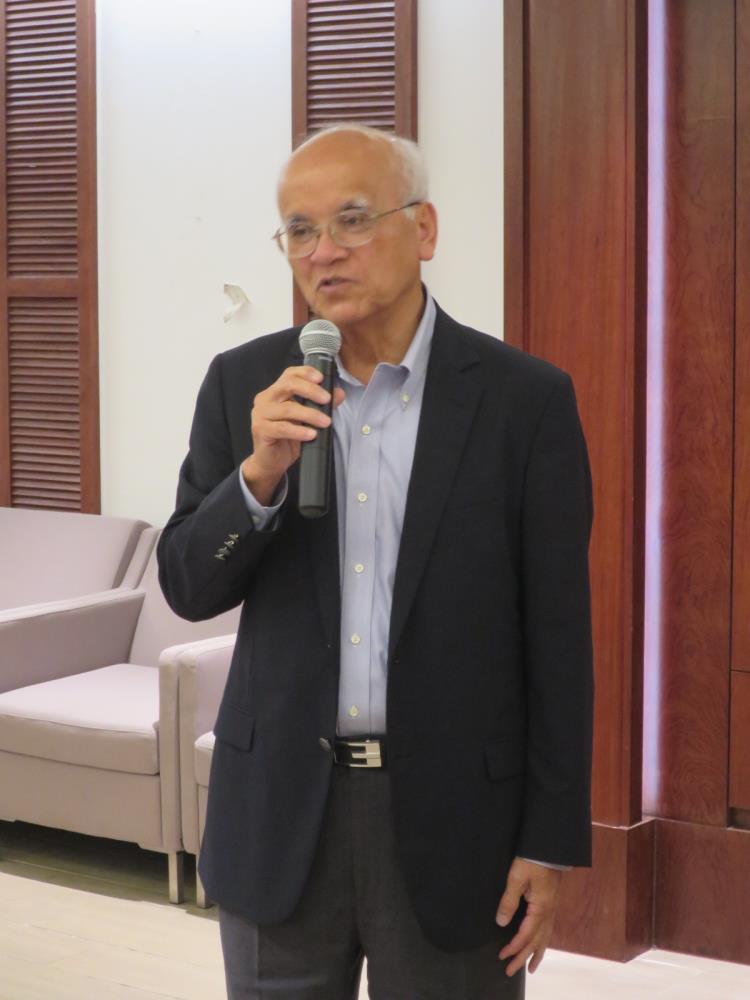 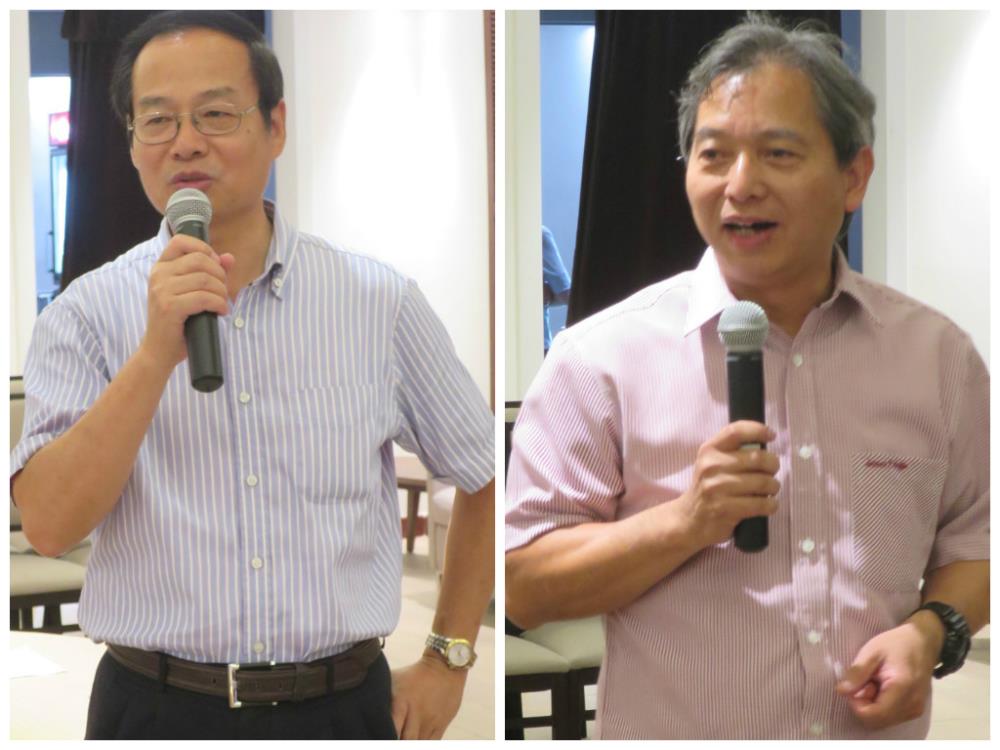 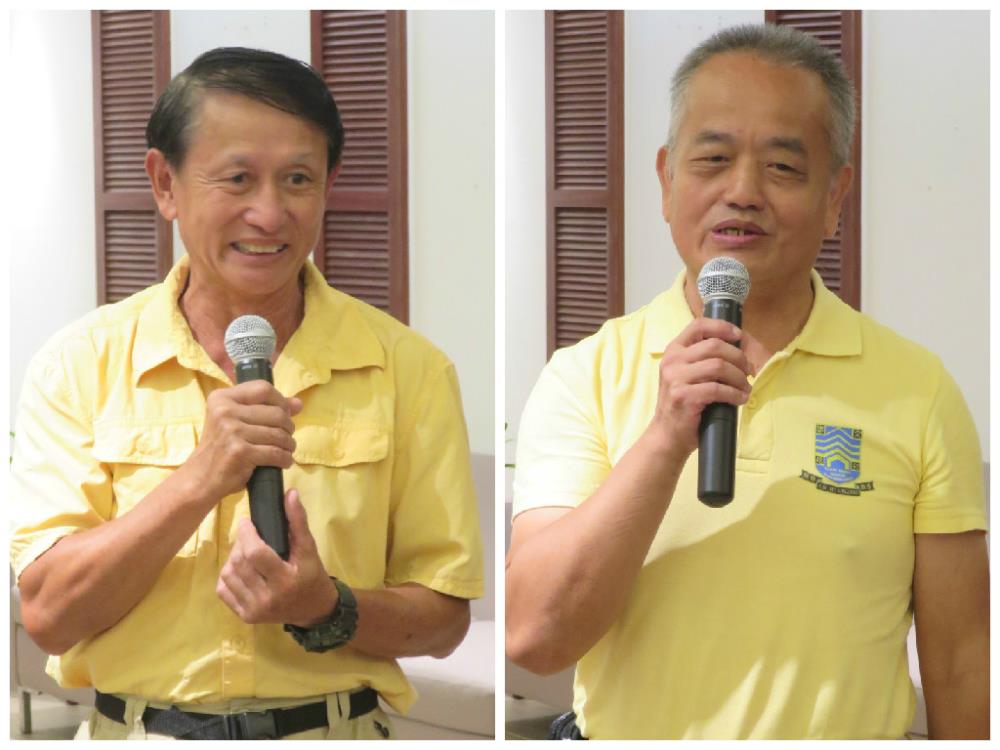 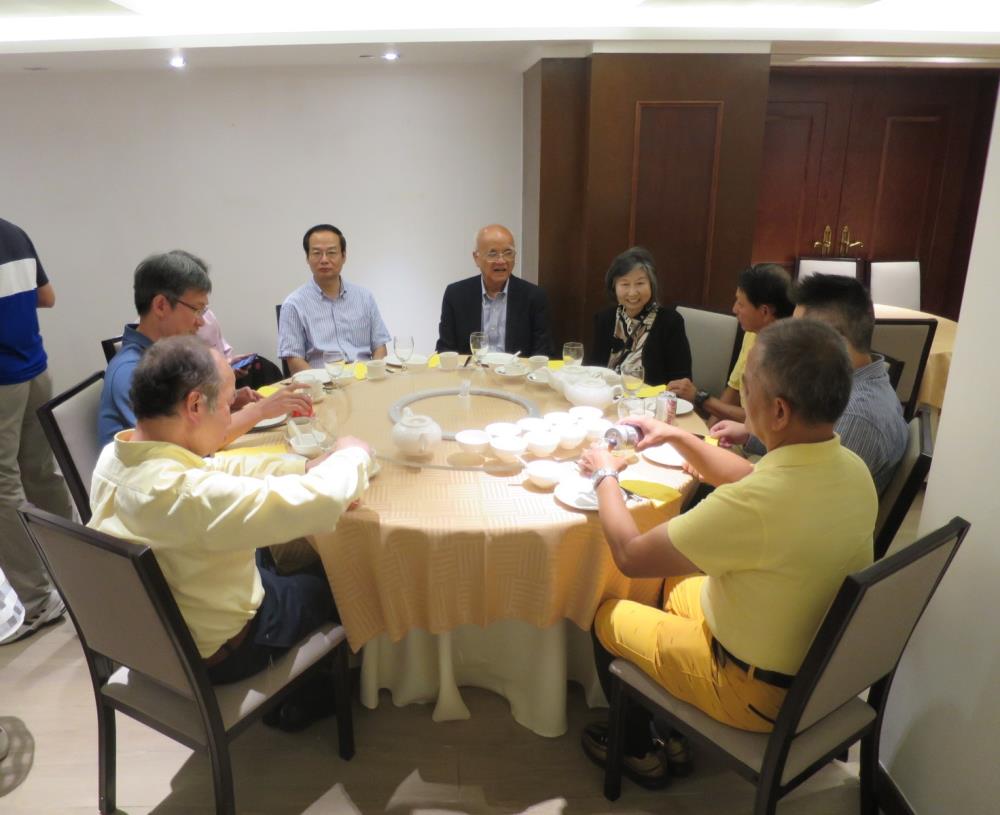