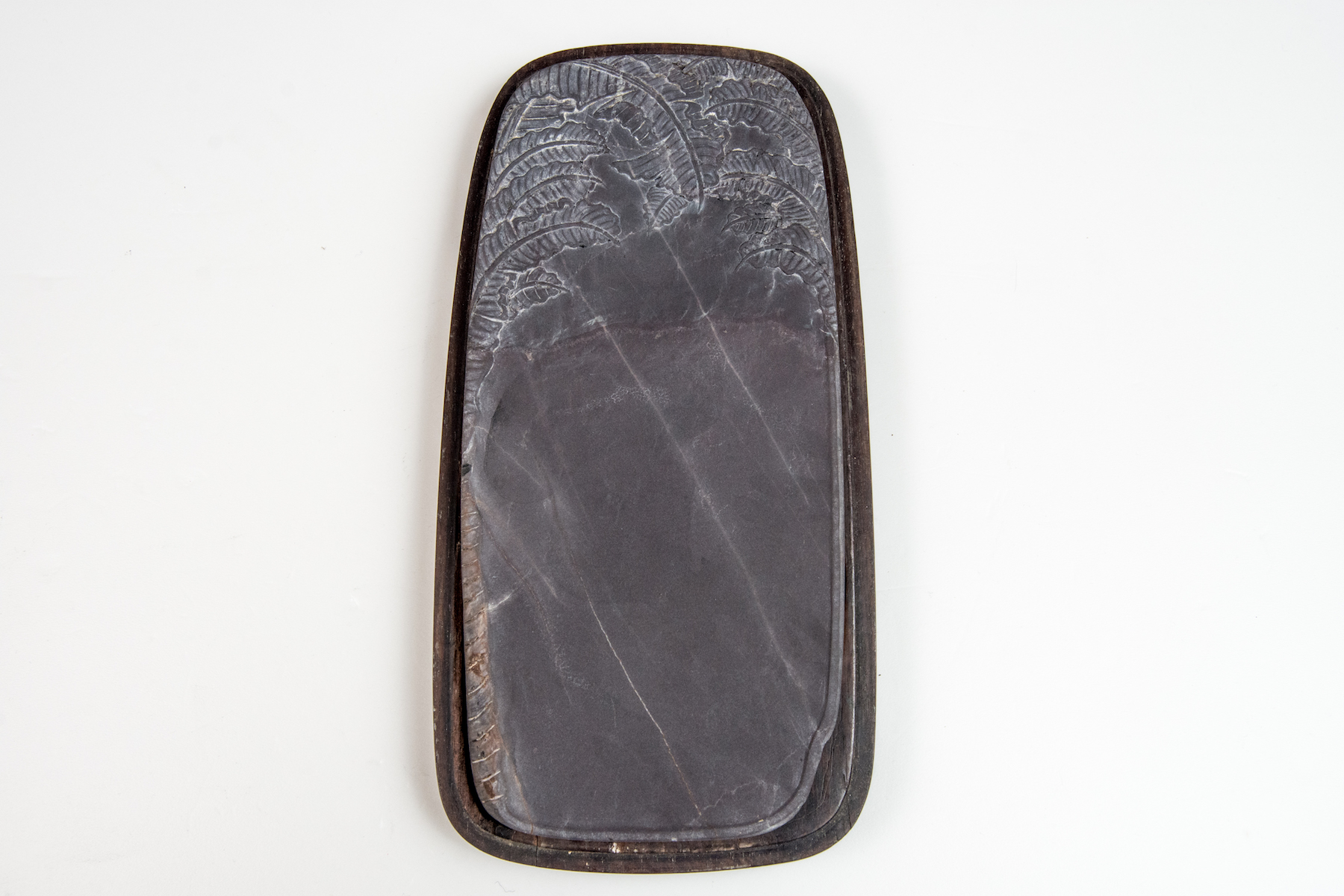 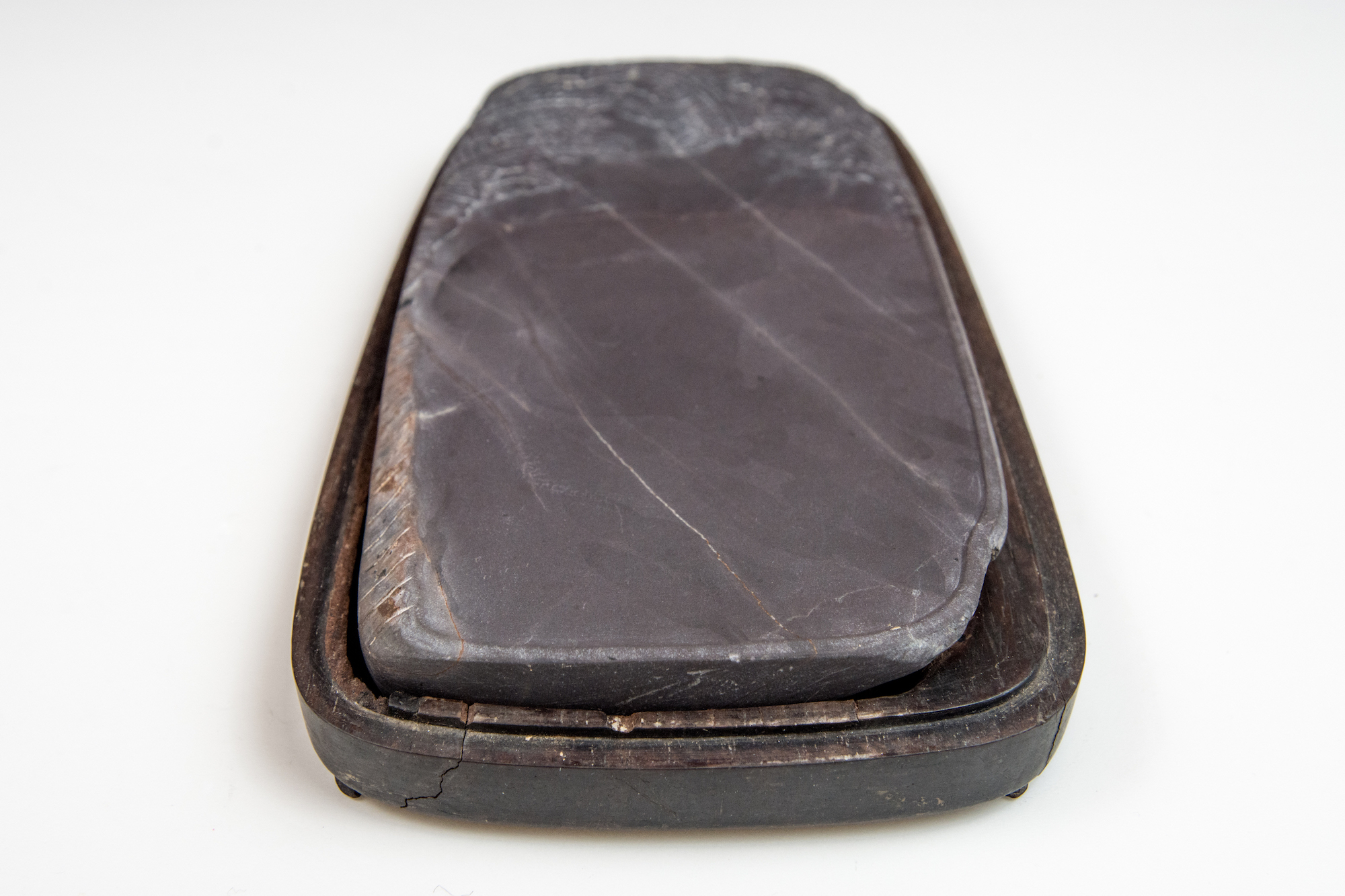 In the late Qing Dynasty, the Hundred Days’ Reform movement by Kang Youwei and six senior court officials was a major event in Chinese political reform. This inkstone was a gift from Kang Youwei to his daughter, Kang Tongwei and son-in law, Mark Manxuan. Therefore, the inscription “Jiao Yun (cloud). To Manxuan.  From Youwei” was carved at the back. Mark Manxuan is Prof. Kai Keung Mark’s grandfather, so this inkstone is a legacy. This is a first-rate rectangular Duan inkstone. The carving is sophisticated demonstrating that the culture of decorating inkstones was highly valued in the Qing Dynasty. This Duan stone was from Laokeng of Daxi Cave. It has flowing-water patterns.