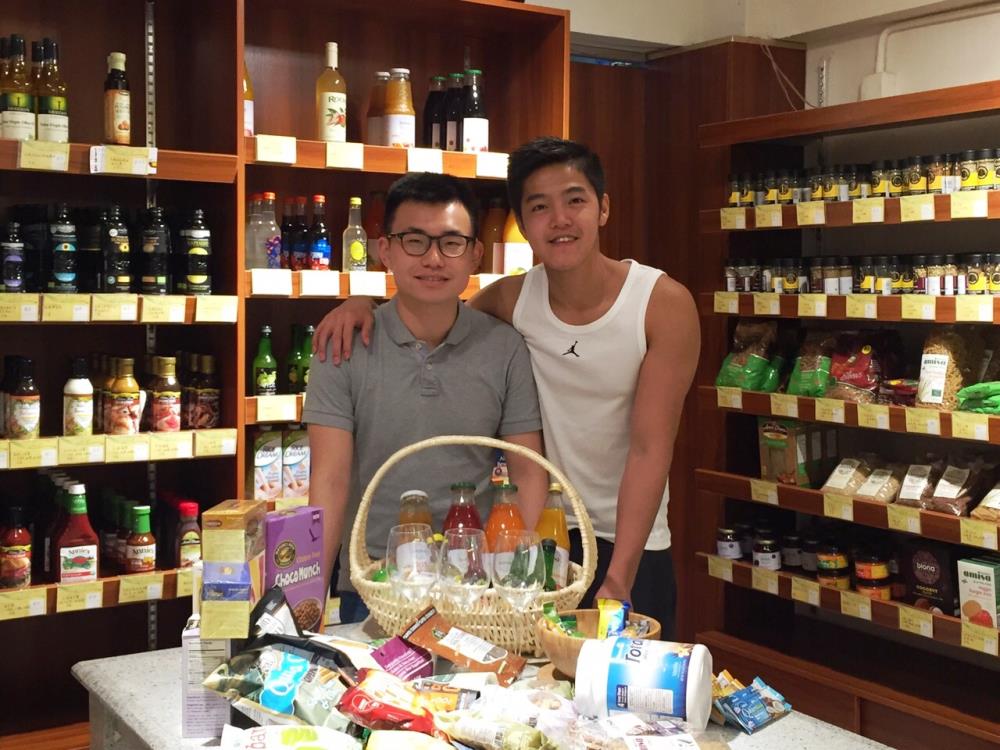 Russell Street in Causeway Bay was once renowned for its most expensive rental cost on earth. Three young entrepreneurs, however, decided to rent an upstairs shop on this street to found their organic food shop HeyHome. They are Kelvin Chan (SHHO alumnus graduated in 2013/14, Department of Mechanical and Automation Engineering), Raymond Choy and Henri Chan. From selecting food suppliers, determining the shop address, product packaging to brand promotion, the entrepreneurs managed each minute detail themselves. Obviously, their entrepreneurial courage is not a foolhardy one. They directly purchase organic food from Britain and the United States, and 90% of their products cannot be found in other local shops. Three months after the launch of HeyHome, the shop was getting more well-received by health conscious customers.

Operated in a busy commercial district with potential reaching highly affordable customers, HeyHome set off on its journey with a clear brand positing selling organic vegetarian food. Together with the entrepreneurs’ mastery of social media platforms like instagram and facebook to reach potential customers, the start-up was much admired by a famous vegetarian who would introduce the start-up in her book to be published. A popular product in the shop Quest egg white protein bars offer diverse favours. Each bar contains one gram of sugar, but has the nutrition value of four cartons of milk. Fitness people like their salad dressing, caramel syrup and barbeque sauce, since the products are all free of calorie, sugar and fat. In the past, they did not add any dressing to their daily dining to keep their physique. Now, they can enjoy worry-free seasoned dishes.

50% of the customers revisit HeyHome. The reason behind should be their customer-oriented service offered. Raymond said, ‘When a customer expressed interest in a particular type of product, we would contact the supplier and even purchase the whole series. It is hoped that our customers enjoy plenty of choices on their consumption journey.’ To entrepreneurs, communication with customers is never a one-side process. Neither is their relationship a pure consumption one. Previously a family read a news report of HeyHome’s business start-up process, and deliberately paid a visit to the shop. Their encouraging remark, though simple, has already been a memorable one to the young entrepreneurs.

Their business incubation, however, faced unfavourable winds as they embarked on their journey. Knowing that S.H. Ho College would hold its inaugural Young Entrepreneur Programme (YEP) which enables the winning team to operate their business start-up on campus, Kelvin teamed with two good friends to join the competition. They had sent nearly a hundred of letters and managed to meet with ten local organic food suppliers. The meetings for business partnership ended up in their chances for understanding the market reality. Raymond said, ‘Almost every supplier advised us not to import their products. Even though we would not gain any profit margin, our retail price would still be higher than those in large scale supermarkets.’ Despite the hard fact, they stayed up for two to three nights drafting their 30-page business proposal. The team could not stand out from other competitors though, they did not give up and eventually realize their entrepreneurship operating in a high-rent store on Russell Street.

To gain a competitive edge over a raft of other local organic food stores, exploring attractive goods supply is a key. It just happened that Raymond’s girlfriend was participating in an exchange programme in the States, they directly liaised with some British and American suppliers to build partnership and imported goods at competitive prices. Henceforth, a number of customers have been visiting HeyHome to buy some overseas products which are hardly found in other local stores. ‘We recently become an exclusive agent for an Australian brand ‘Forest Super Foods’, in a bid to attract more customers with favourable prices,’ Kelvin complemented. With their soaring morale, the young entrepreneurs aspired to expand their business. They planned to collaborate with local universities to help students with ambition in business start-ups acquire practical business operation experience. They even intended to participate in the YEP again. ‘HeyHome won’t be incubated without the YEP. It spells our wish to operate our business at S.H. Ho College,’ Raymond sincerely explained.

Business venturing is a learning process that hones our self-understanding. To allow flexibility in operating the store, Raymond quitted his occupation as an architect despite his parents’ strong opposition. But they were impressed by his earnestness and even turned up in HeyHome’s launching ceremony to show support. The occasion was lightened up by his father hearty laugh. When asked the feeling towards starting a business, Kelvin mentioned that ‘All things are difficult before they are easy’. Problems could be readily solved as long as we cross the river while being cautious to the stones at the bottom. ‘In the end, things will mend,’ he smiled. 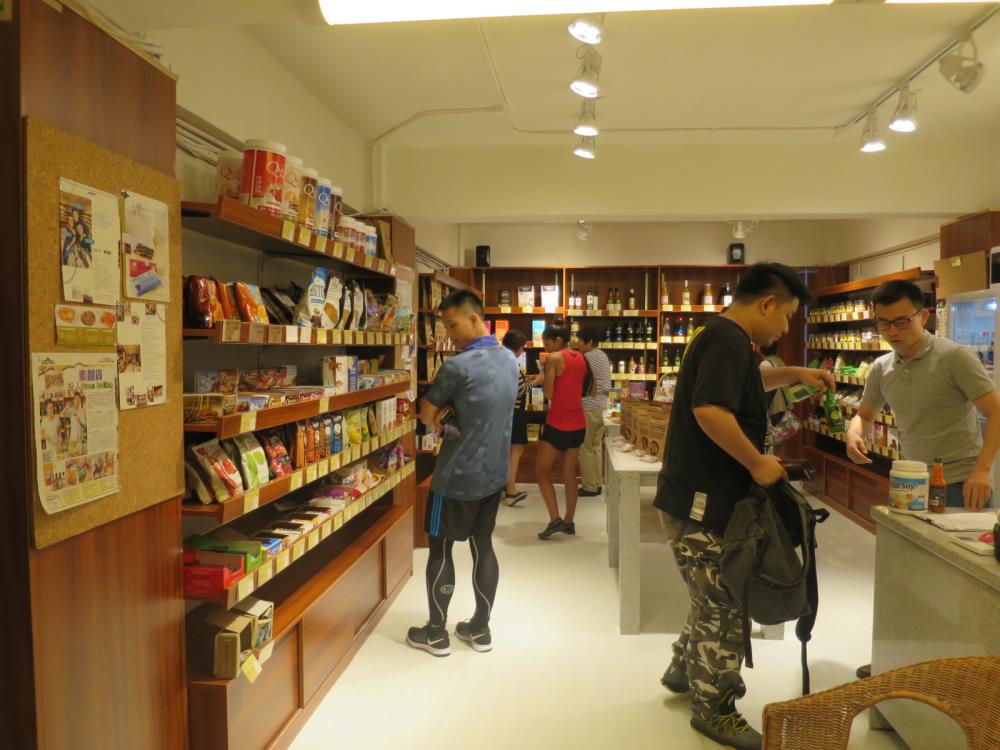 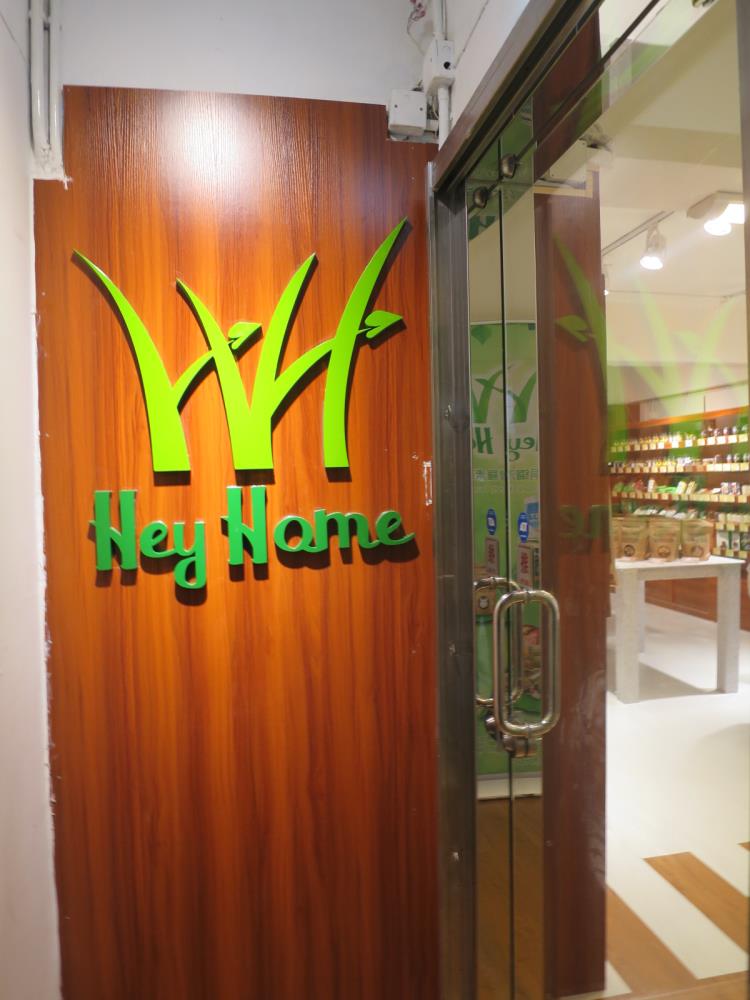 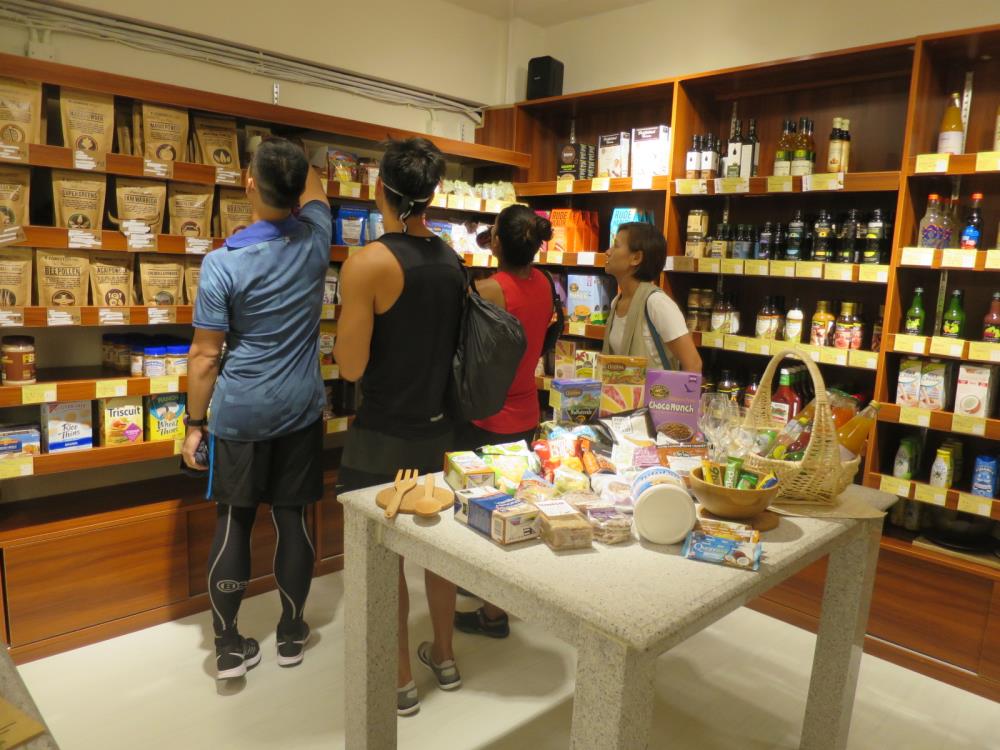