The Rhythm of Breathing 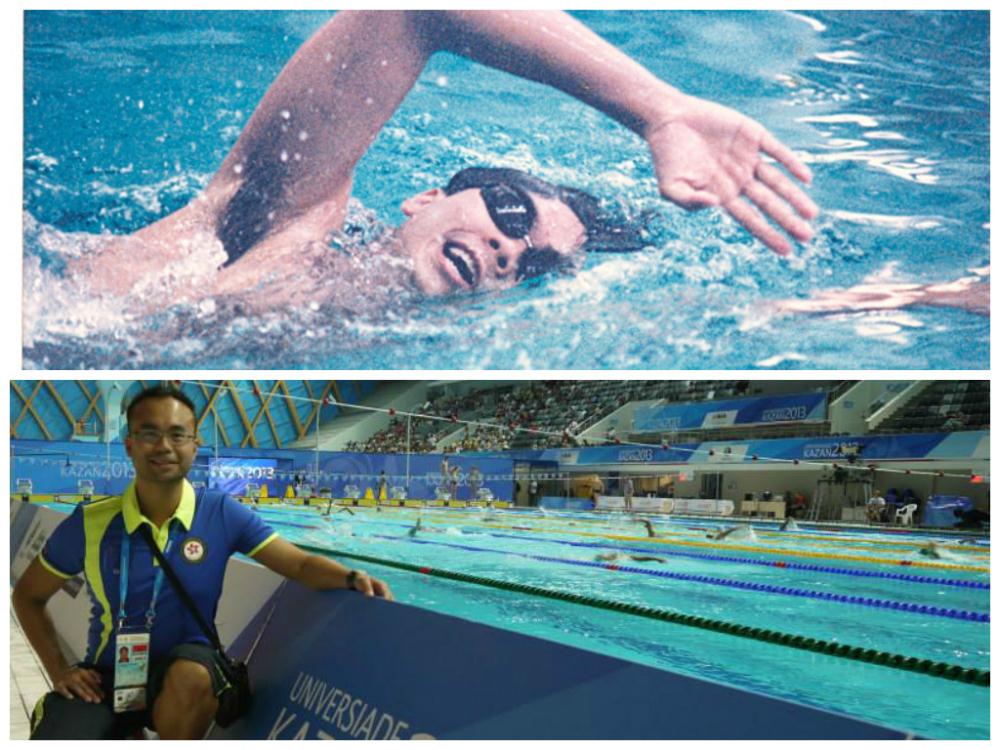 ‘The most important know-how to improve swimming is to relax. When you slow down your breathing and pay attention to posture, you will save more energy and swim farther with weakened water resistance,’ explained Mr. Wu who is one of the coaches of CUHK Swimming Team and a member of S.H. Ho College coordinating the College’s sports activities and forming sports teams. In his teenage years, he represented Hong Kong to participate in the Barcelona Olympic Games and the Beijing Asian Games. Despite his splendid swimming records, Mr. Wu is known for his modesty, gentle tenderness and well-rounded acumen.

Mr. Wu grew up in a complicated neighborhood where a motley crew of child gangsters and triad members lingered. Influenced by his cousin, Mr. Wu was hooked on swimming. His parents strongly encouraged him to join the swimming class so that he would not go astray. He manifests adept swimming skills whenever he jumps into the pool. But not everyone could have afforded the tough swimming training over the years. Mr. Wu had to wake up at 4 a.m. every morning, and practised swimming from 6 a.m. to 7:30 a.m. in the Wanchai training pool before school. After school, he got back to the pool for intensive training for two to three hours until he came home. Sunday mornings were also reserved for training. He even had to tolerate his stringent coach’s reproach during the intensive training which led to his lassitude in school lessons and plummeting scores. Notwithstanding the adverse scenario, he was not crowded out by classmates. His teachers even initiated to solve his learning problems. Mr. Wu took part in the Barcelona Olympic Games in his first year facing the HKCEE (Hong Kong Certificate of Education Examination held from 1974-2011). With the staunch support from his secondary school, he took one-year leave to concentrate on swimming training and continued his study in the following year. The understanding and encouragement of his parents, teachers and friends helped him to go through the critical period of stringent swimming training.

As a sports teacher at CUHK, Mr. Wu focuses on the communication process with students. He values quality over quantity. To him, stringent coaching is far less effective than encouraging students to set and pursue their personal targets and igniting their self-improvement motivation. Going beyond students’ limit will constrain students’ development. This coaching attitude is attributed to the way Mr. Wu was enlightened at Springfield College in the U.S. The institution, renowned as the birthplace of basketball, has a strong atmosphere of sports. ‘Americans cherish freedom of speech. Whenever athletes voice out their opinions or even criticism on coaching method, the coaches will modestly listen and explore with the athletes the ways to excel. The essence of education will be exemplified through ongoing communication with students and encouragement for continuous self-enhancement,’ remarked Mr. Wu.

Students might not be used to Mr. Wu’s quality-oriented coaching approach. Most of the swimming training centres concentrate on quantity-oriented training like requesting students to finish 100 metres in a certain period of time. ‘Students obviously find quantity-oriented training substantial. But if they could swim with correct posture and breathing rhythm, their performance would be much enhanced. Swimmers are usually requested to compete 6,000 metres to 7,000 metres within two hours, but I only ask my students to complete a shorter distance with quality performance,’ Mr. Wu explained. He understands the shortcoming of overtraining. ‘There was an Australian coach who preferred quantity-oriented training. A swimmer suffered from glandular fever because of overtraining and he missed the Pan-Pacific Swimming Championships in 1991,’ he added. Mr. Wu would rather have the swimmers undertrained, since he could slowly improve their inadequate performance. This idea originated from his British coach who understands each student. Observing his coaching attitude has left Mr. Wu a life-changing impact.

In a retrospect of his life journey from being a top-notch swimmer to be a father of two young sons, Mr. Wu highly regards the significance of life attitude. His sons learn swimming from a coach and greatly enjoy the process. They participate in contests occasionally. ‘My sons are still young. I hope that they learn to observe contest regulations through participation. I even expect that they would be at ease with competition results. The prerequisite to win is to face defeats,’ Mr. Wu elaborated. He believes that all students have their own pace of learning which might be jeopardized by undue haste. Likewise, rapid breathing will result in puffing. To Mr. Wu, the pleasure of teaching lies in growing with students and helping them to understand their strengths and shortcomings. When asked about the criteria to be a successful sports teacher, Mr. Wu grinned and replied, ‘I define “success” as building trust with students and helping them breakthrough their own limitations.’ 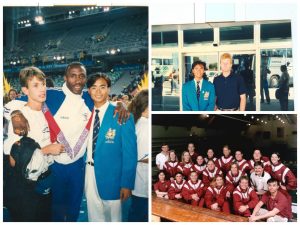 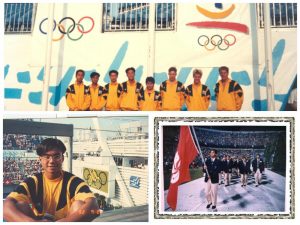 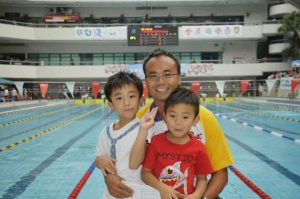