The Art of Debating 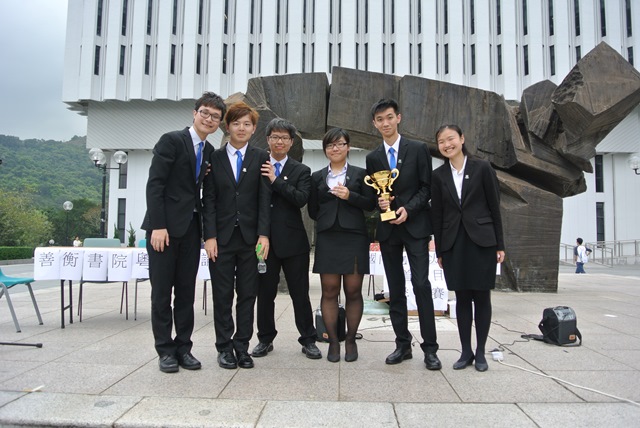 In debating, one side often prevails over the other side by presenting an argument based on logical consistency, factual accuracy and some degree of emotional appeal to the audience. This is the art of debating. At S.H. Ho College, two experienced debaters who wanted to promote debating among the college students incepted the Cantonese Debate Team in 2012. The two-year-old team participated in the CUHK Hexagon Debate Competition this year, which is an annual intercollegiate Cantonese debate competition. Our debate team, clinching the second runner-up in the competition, is the first one among the new colleges to compete against debate teams from old colleges and the Department of Public and Government Administration in the competition.

Although this is the first year for the SHHO Cantonese Debate Team to join the university Cantonese debate competition, it swaggered three best debater awards throughout the four matches and clinched the second runner-up in the final match held on 11 April 2014 at Beacon. Their brilliant performance is undoubtedly attributed to the debate training conducted by the Team’s ex-teammates and committee, and the hardship undergone by the teammates in the intensive training. Apart from weekly training, the debaters also attend a training camp held in the semester break. To pursue excellence in debate skills and accumulate relevant experience, the Team has been organizing mock competitions and friendly matches to equip the debaters. Preparing for debate competitions, they even meet up daily to better equip themselves.

‘Without the College’s support, and college students’ great understanding and patience – especially when the team has to move around for meeting and training in late night, the two-year-old Team would not have come to this far,’ said Tang Siu Chi, a member of the SHHO Cantonese Debate Team. To recognize the Team’s efforts and achievements, they were presented the trophy at the College’s communal dinner on 15 April 2014. They also visited the Pine Lodge to share with Master and Mrs. Sun their journey on becoming competent debaters. 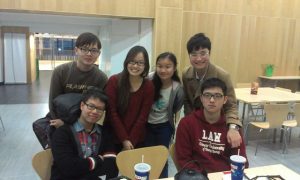 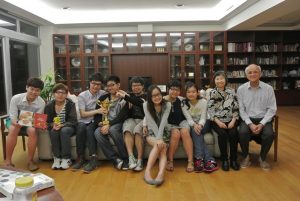 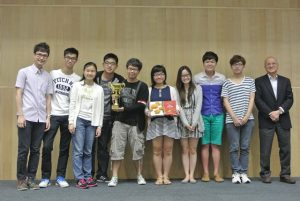