Talk with Prof. Pai Hsien-yung on Eight Thousand Miles of Clouds and Moon 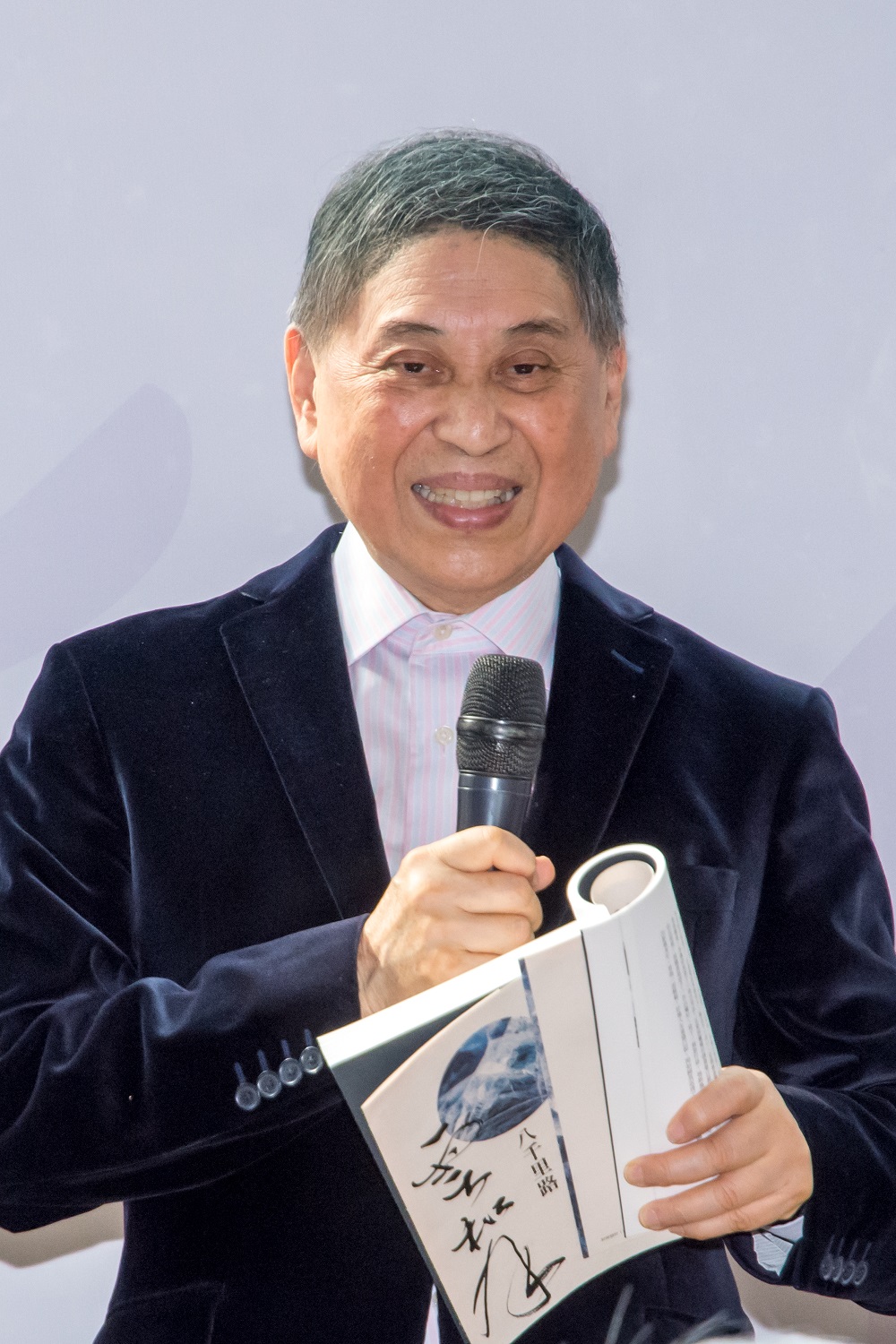 Prof. Pai Hsien-yung speaks to the audience about his book.

On 18 March, S.H. Ho College held an open talk titled “Talk with Prof. Pai Hsien-yung on Eight Thousand Miles of Clouds and Moon” in the hostel lobby of the College. Prof. Pai Hsien-yung, a world-renowned writer and Honorary Fellow of the College, shared about his new book Eight Thousand Miles of Clouds and Moon and his inspirations with the staff and students of CUHK and the public.

Prof. Pai said, “I was born in the era of suffering and hardship. In that year, the Sino-Japanese War broke out. I passed my childhood during wartime filled with hostility. Most of the time, my father fought the war on the front line but he sometimes returned to home taking his children to his homeland Lingui County in Guilin. In the car, he taught us to sing The River All Red (written by the national hero and military general Yue Fei (AD 1103-1142) in Southern Song dynasty). It is a solemn and stirring Song poem. Perhaps my father thought of Yue Fei who was desperate for recovering the land lost. My father expressed his same feeling in the song. My book is entitled Eight Thousand Miles of Clouds and Moon. It actually comes from The River All Red.” Prof. Pai’s father is Mr. Pai Chongxi, a general of the Republic of China.

Prof. Pai published his new book Eight Thousand Miles of Clouds and Moon in January 2019. This book includes different proses Prof. Pai has published since his last publication in 2002. The new book records Prof. Pai’s parents and their era full of misery and hardship, the comradeship between Prof. Pai and his friends or his teachers, and his book reviews and prefaces in recent years. Since 2012, Prof. Pai has embarked on a speaking tour in a journey of ‘eight thousand miles’ in mainland China. He traveled to 12 cities such as Beijing, Nanjing, Wuhan, Guangzhou, Guilin, Xian, Shenyang and Changchun. In the talk at the College, Prof. Pai shared what he went through in the journey and told the audience the people and memories that he cared about immensely.

Two years ago, to celebrate its 10th anniversary, S.H. Ho College invited Prof. Pai to deliver a public lecture “Introduction to Dream of the Red Chamber” as an eminent visiting scholar and then appointed him to be the Honorary Fellow of the College during High Table Diner. At the dinner, Prof. Pai spoke to the College students and staff about his literary and cultural life. Everyone had an enjoyable evening in a feast of culture, arts and creative ideas. The talk on 18 March continued the last feast and introduced to the readers more about Prof. Pai’s thoughts on history, his father, friends and teachers, and reading. The interactive discussion with the readers was also truly a literary date. 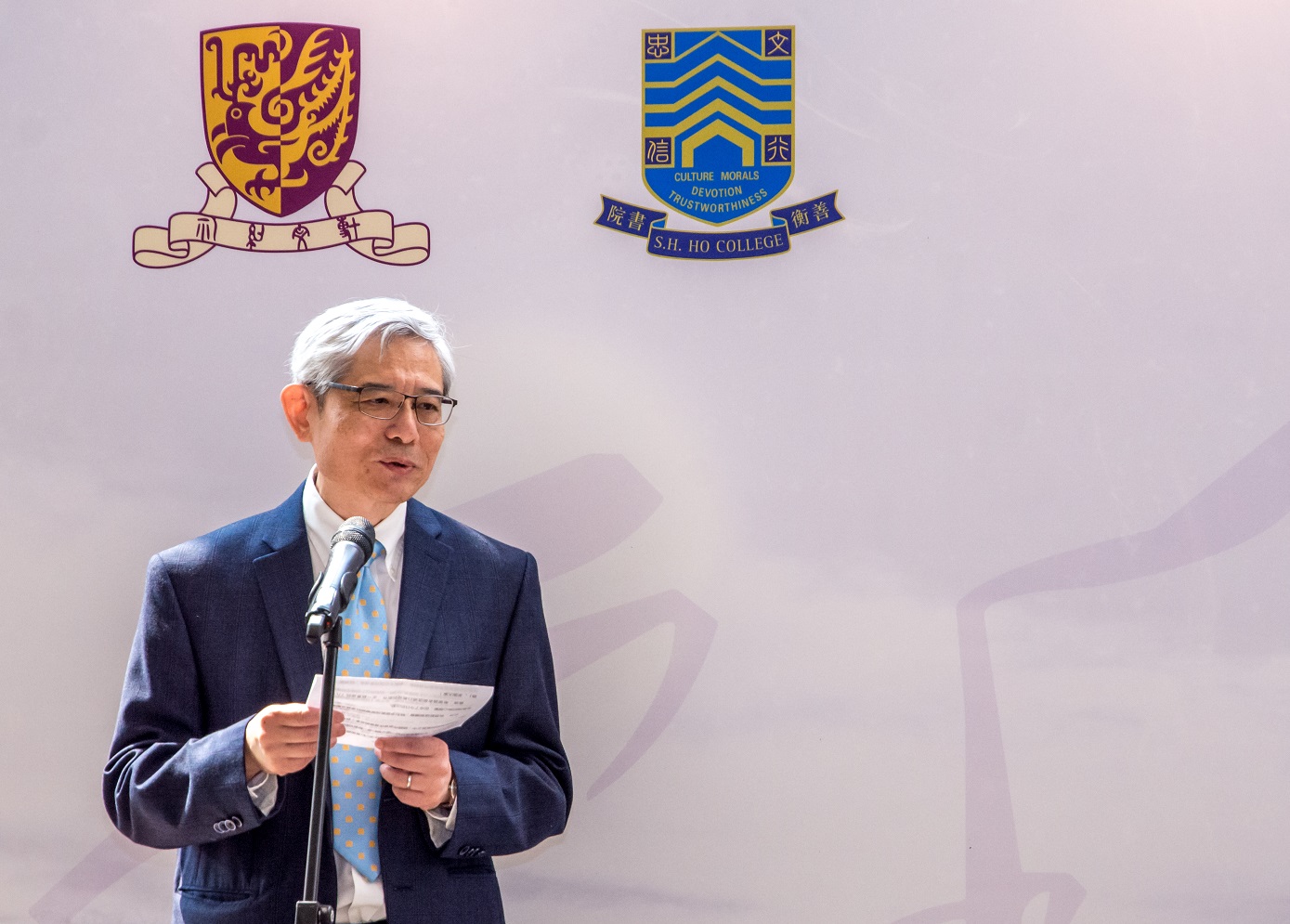 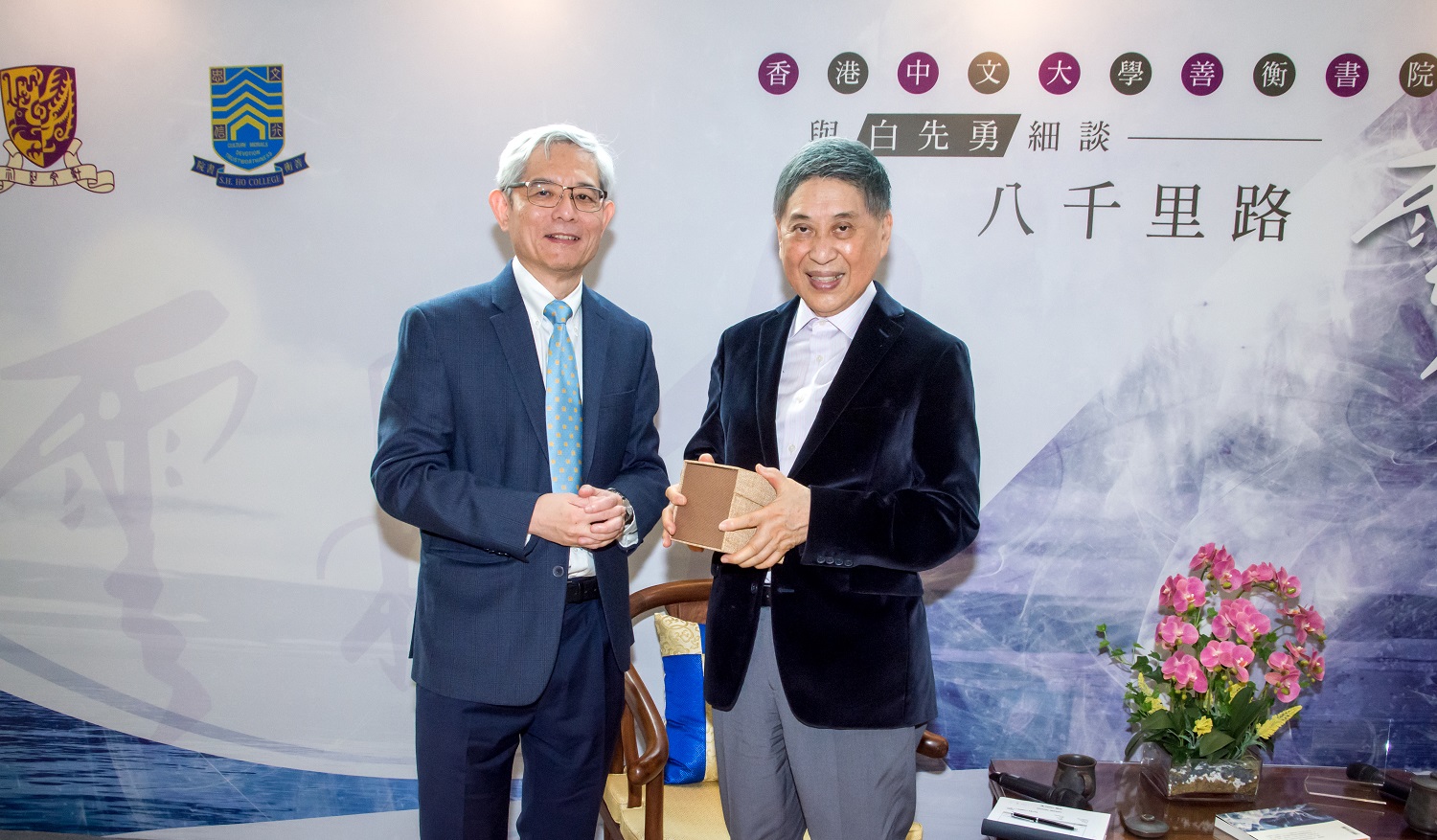 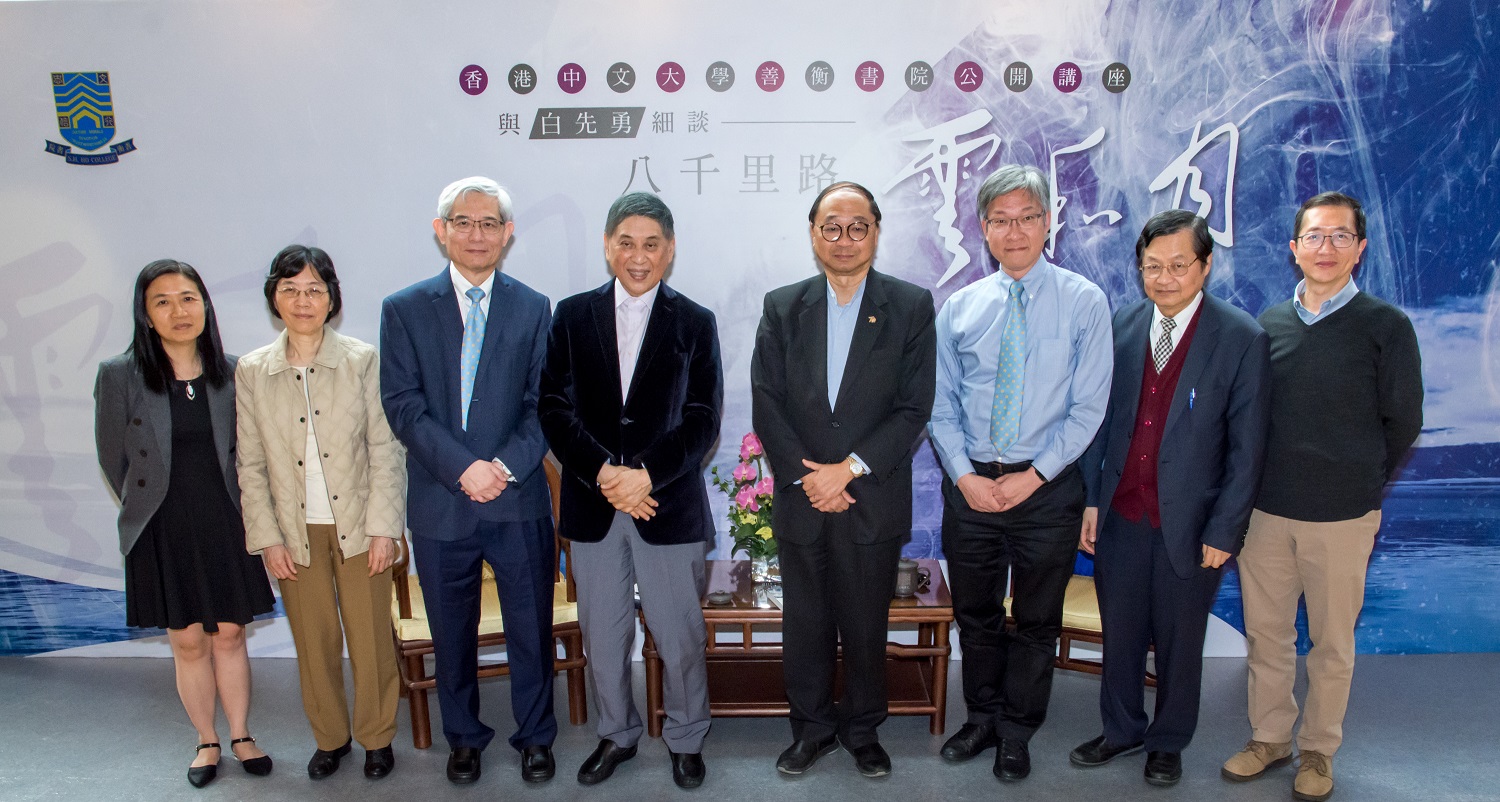 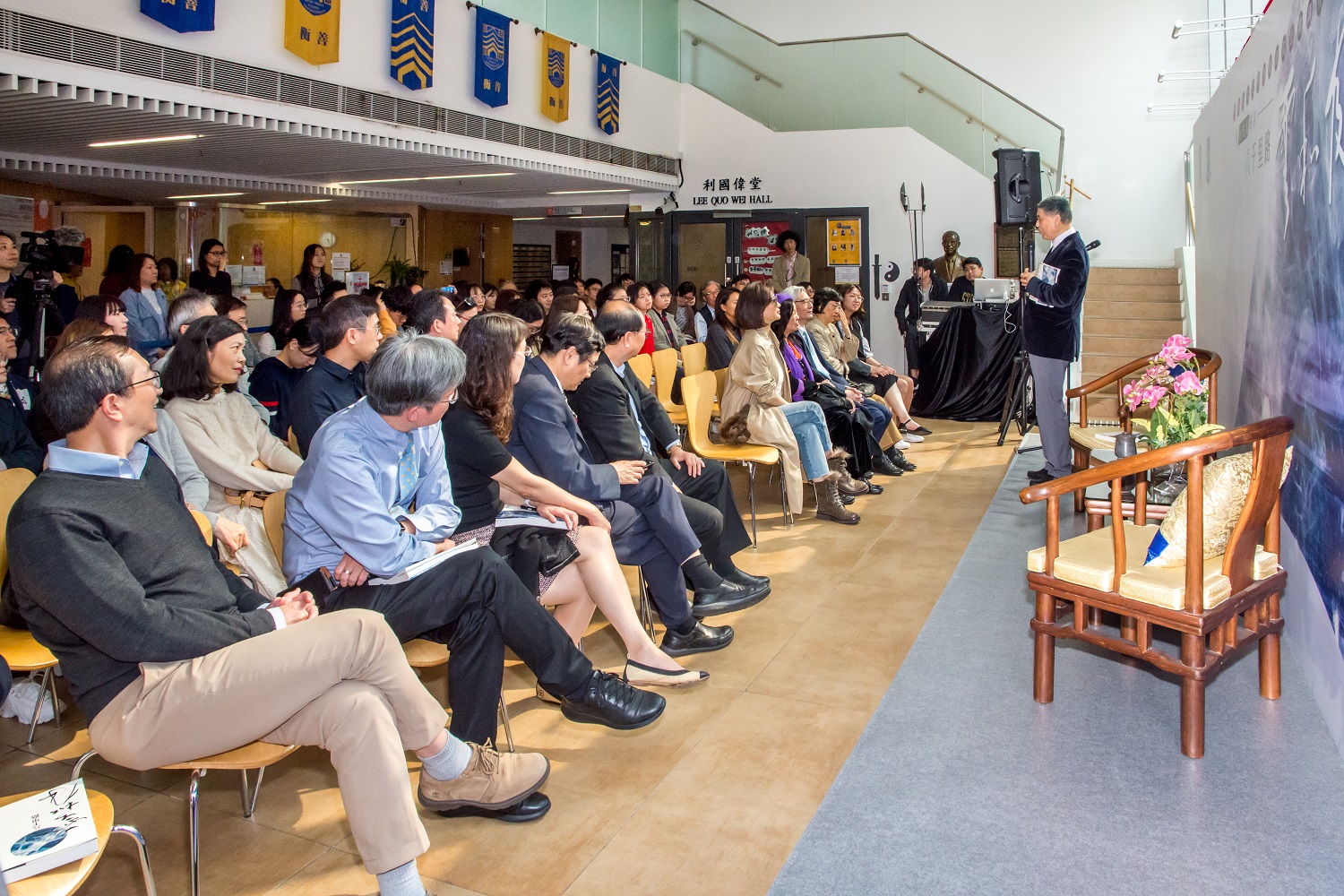 The audience is enthralled by Prof. Pai’s talk. 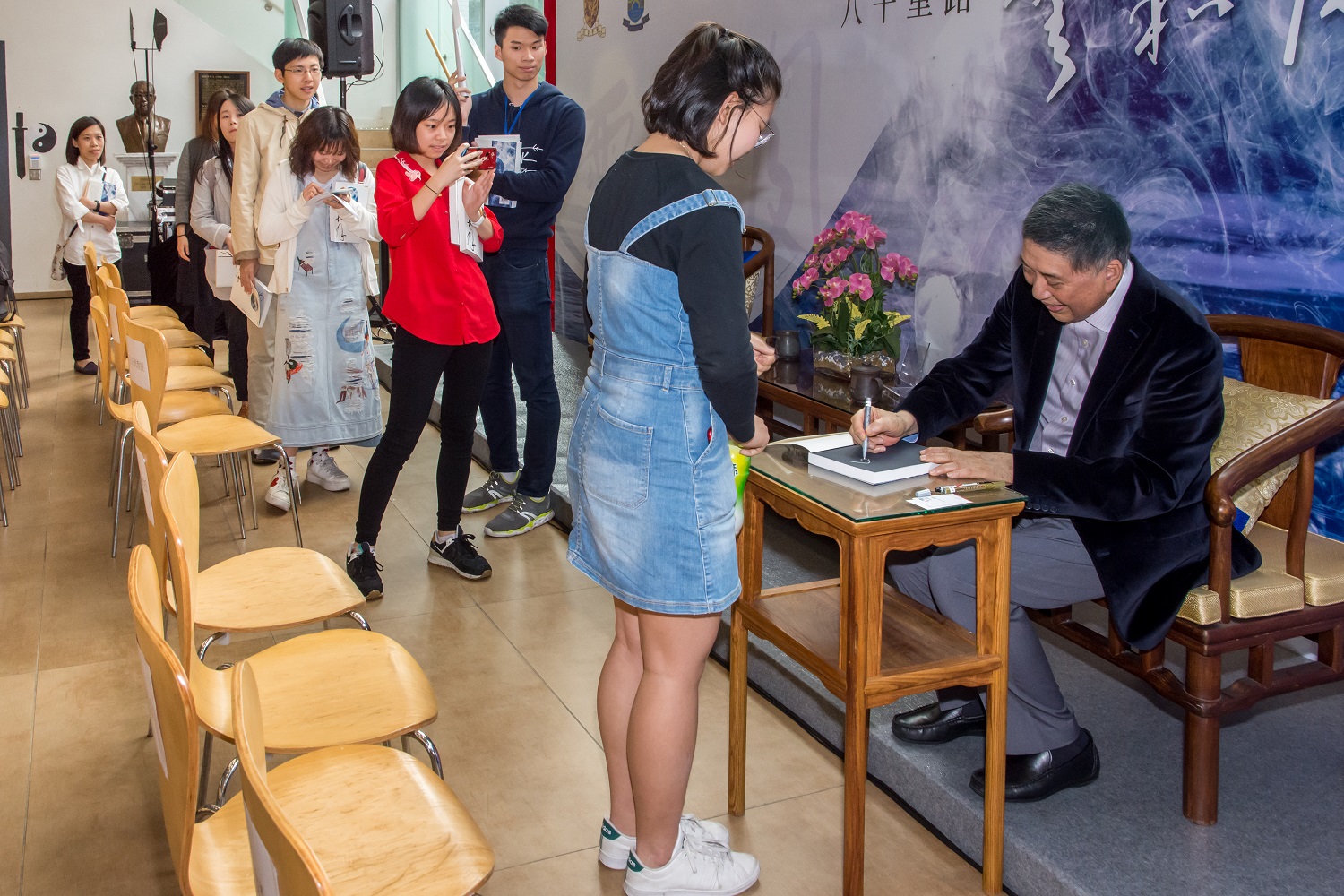