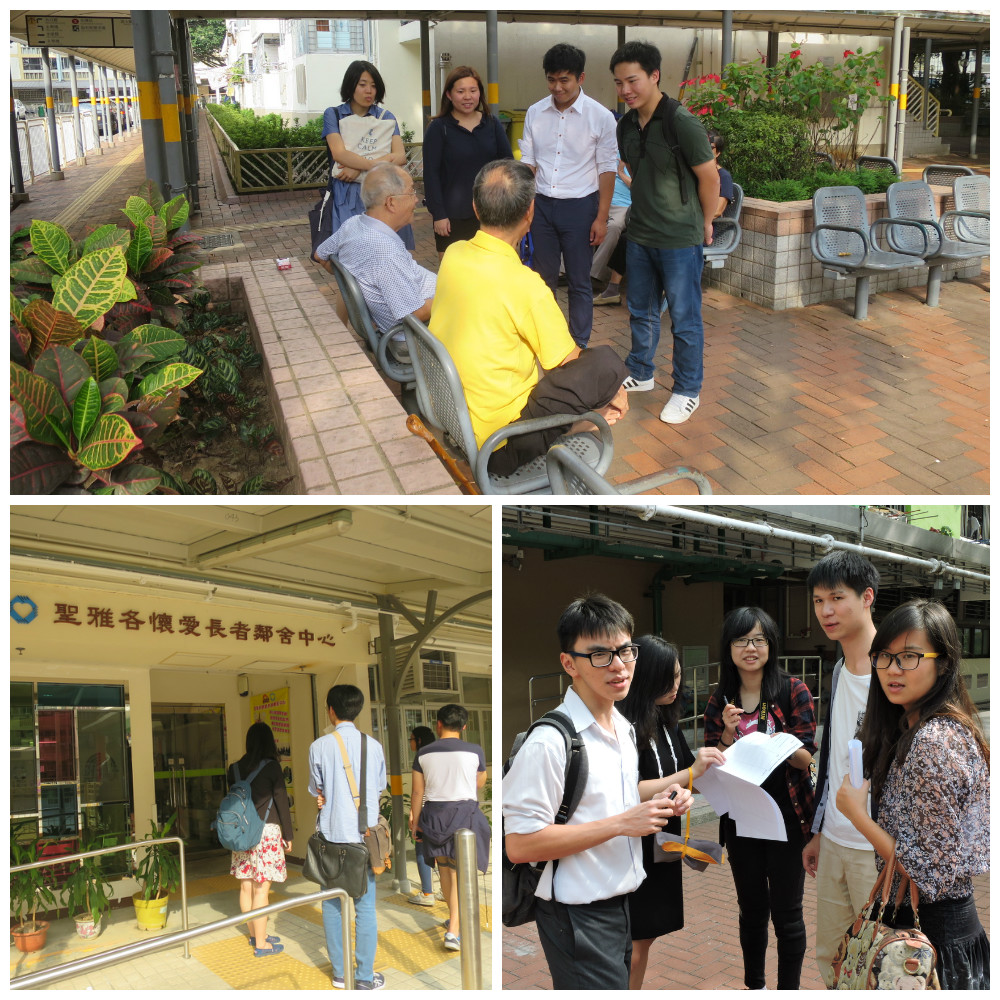 Participants experienced a fruitful lecture of life by interacting with the elderly in Nam Shan Estate and Fuk Loi Estate.

Ageing is a pressing social issue. According to demographic data released by the Hong Kong government, it is estimated that Hong Kong residents aged 65 or above will account for one third of the overall population by 2040. On 22-25 October 2015, the third Pan-Asia Student Forum themed ‘Ways to build age-friendly communities in China, Hong Kong, Japan, Korea and Singapore’ was held at S.H. Ho College. Thought-provoking topics such as ways of caring ageing population at different stages, a comparison of perspectives toward the aged, and essentials of building age-friendly communities in respect to facilities, policies and entrepreneurial initiatives were discussed among the 36 students from Seoul National University, the University of Tokyo, Peking University, National University of Singapore and S.H. Ho College, CUHK. To enable students to understand the elderly’s feelings toward degeneration, they were challenged to try a simulation game to experience the lives as aged people. Having interacted with the elderly in Nam Shan Estate and Fuk Loi Estate, they gained a fruitful lesson about life.

Master Samuel Sun gave a warm welcome to the attendees of the Forum when it commenced, followed by a speech by Mr. Richard Lee, Manager of CUHK Jockey Club Institute of Ageing. He remarked on the importance on building an age-friendly community. Having pinpointed ageing as a global issue, he also reflected the growing population of the aged in Japan and said, ‘University of Tokyo redesigned Kashiwa City, Chiba Prefecture in 2014. With housing reconstruction, provision of jobs for the aged and building facilities like community canteens, the elderly citizens’ physical and mental health conditions have been improved.’ In addition, Mr. Li cited the Global AgeWatch Index previously released by the Institute, which is categorized into four key domains: income security, health status, capability ad enabling environment, and reported that Hong Kong was ranked the 24th in the world.Hong Kong people’s longevity leads to our high ranking in the domain of health status, but we ranked quite low in other domains like income security, social participation and employment, and mental well-being.
One of the most unforgettable activities among the overseas participants was to visit Nam Shan Estate and Fuk Loi Estate with the assistance of SHHO student ambassadors. During the field study, they interacted with the elderly residents in the district and explored the community facilities like whether sufficient seats and lifts were available. The former give the elderly opportunities to rest and chat with one another; and the latter makes different parts of the community accessible to the elderly, which enhances their social connection. Student participants gave presentations in groups. Some wrote new lyrics for an advertisement song in Singapore, which gave other participants impression about the senior vouchers in Singapore and the welfare policy there. Some students expressed the basic needs of the aged and their desire to lead a self-sustained life in form of a drama to advocate for respect to the aged community.

To ensure the income security and social connection of the aged after retirement, part-time employment was suggested by Prof. Jean Woo, Chairman of Department of Medicine and Therapeutics; and Director of CUHK Jockey Club Institute of Ageing, in an interview in CUHK Newsletter. She said, ‘We’re exploring the possibility of using innovative ways to offer part-time jobs for seniors. It’s like Uber. After you’ve joined this programme, you can find a retiree with the expertise to fix your leaky pipes or unblock a drain. Retirees on the programme can earn some money and they’ll feel good about being useful to society.’

Age-friendly urban planning is actually not confined to facilities. It should be a bottom-up approach which involves stakeholders in the community. Some age-friendly campaigns have been held in Hong Kong including the ‘Missing Seats’ campaign held by Designing Hong Kong. The organizer invited Hong Kong citizens to take pictures where seats were found missing, and uploaded them to the social media platform. Information gathered would be compiled for the organizer to lobby with relevant government units and property management companies for more and better seats in public space. To the physically challenged elderly citizens, more seats in public space will reduce their anxiety of not having places to rest. It will in turn encourage their social interaction with the community. ‘Aged-friendly urban planning doesn’t lie in the amount of resources allocated for the elderly, but the way we use the resources allocated to plan in advance. The essentials of urban planning, construction and design should base on the needs of the elderly,’ remarked Dr. Ruth Finkelstein, staff of Columbia University’s Robert N. Butler Aging Center. 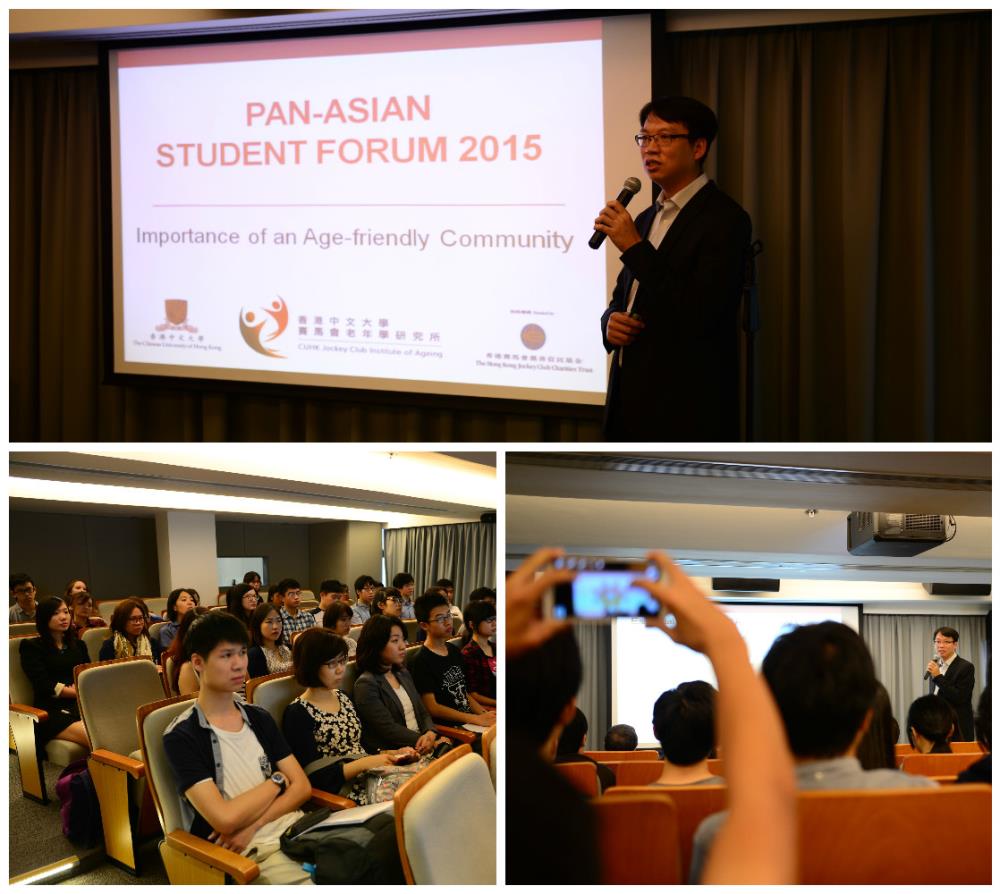 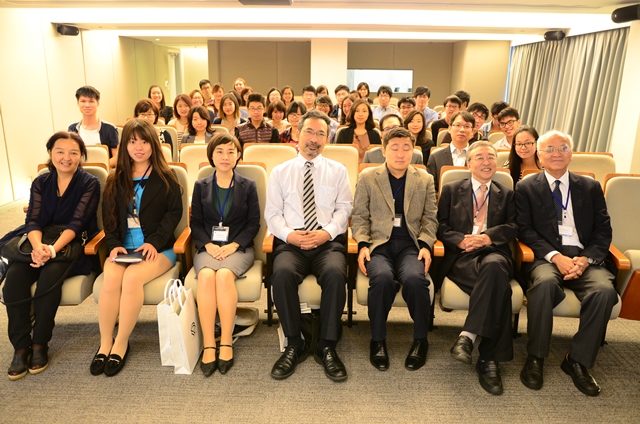 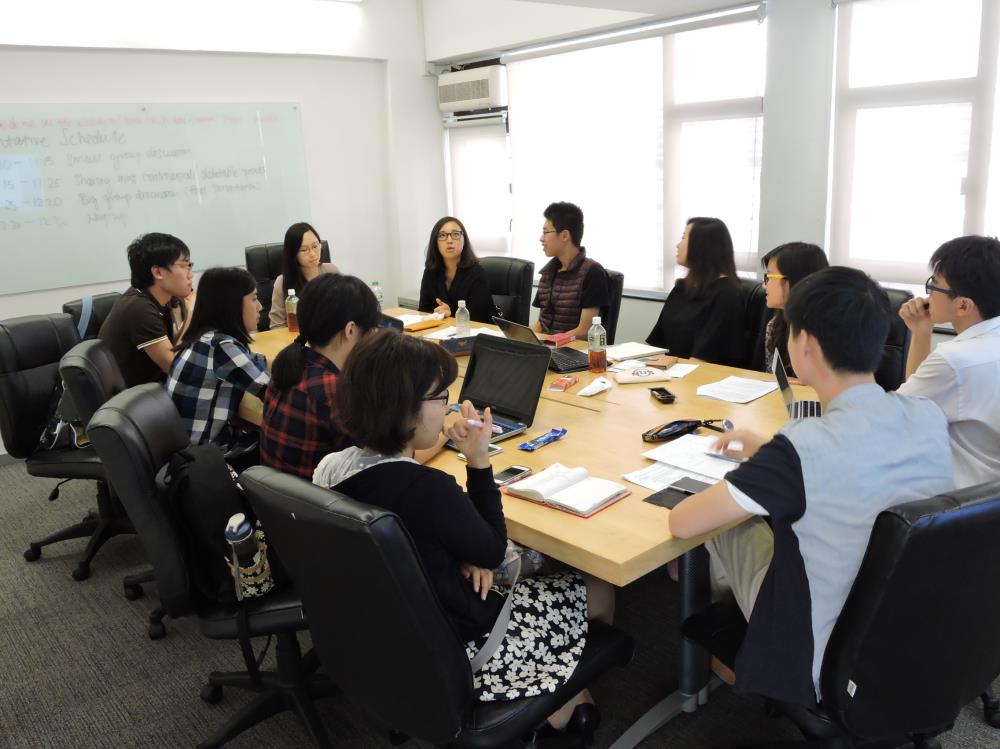 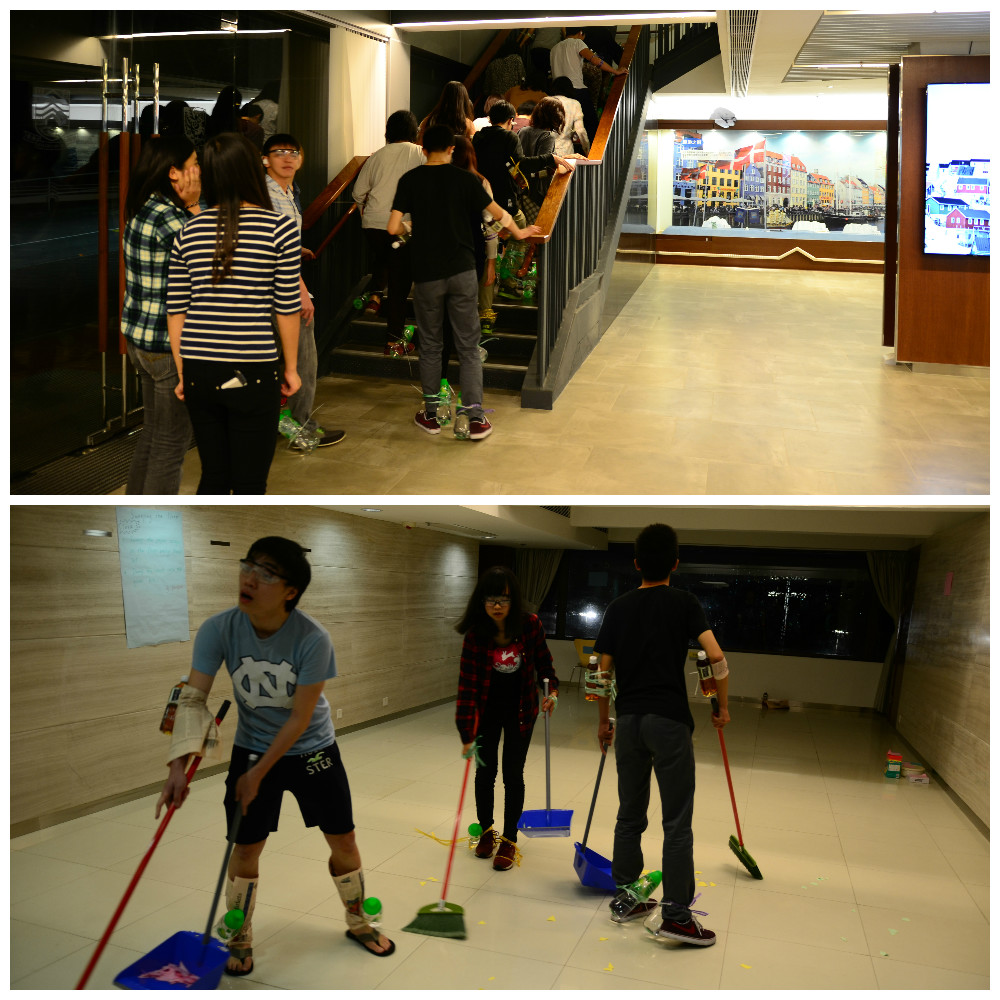 Participants experienced the lives of the elderly through the simulation game

Other Posts in This Issue
Ms. Juanita Cheung Awarded ‘The Vice-Chancellor’s Exemplary Teaching Award’
Students from S.H. Ho College (CUHK) and Zheng Sheng College Challenge Themselves in the Origin of Marathon
A Sketching Tour to Shaoxing
Archives
2020 2019 2018 2017 2016 2015 2014 >
Sign up now to receive our newsletter