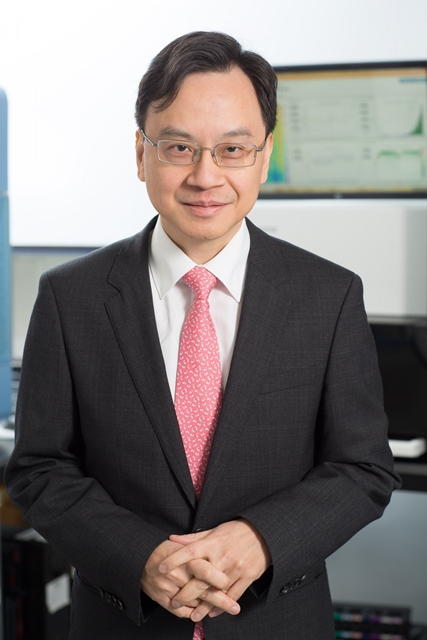 Prof. Dennis Lo Yuk-ming, Director of the Li Ka Shing Institute of Health Sciences and Fellow of S.H. Ho College at CUHK, has won the 2014 King Faisal International Prize for Medicine for his outstanding achievements in the research on non-invasive prenatal diagnosis.  Professor Lo is the second CUHK scholar being awarded the prestigious award after Prof. Yang Chen-ning, Nobel Laureate in Physics, Distinguished Professor-at-Large and Honourary Fellow of CUHK.  As testimony to the high caliber of the Prize recipients, many winners have gone on to win Nobel prizes for the same works that were recognized by King Faisal International Prize.  The winners will receive their awards at a ceremony in Riyadh under the auspices of the King of Saudi Arabia.

Professor Lo remarked, ‘It is a tremendous honour for me to be named as a winner of the King Faisal International Prize for Medicine. I wish to thank my research team and collaborators for their partnership over the years.  The strong support from CUHK, the University Grants Committee Areas of Excellence Scheme, the Hong Kong Research Grants Council, the Innovation and Technology Commission and the Li Ka Shing Foundation has been essential for my research programme in non-invasive prenatal testing.  We would further strive to further advance this field, thus making prenatal testing safer and more accurate for pregnant women worldwide.’

King Faisal International Prize was established in 1977 by the King Faisal Foundation to reward dedicated persons who has significant contributions to their respective areas of expertise, namely Service to Islam, Islamic Studies, Medicine, Science, and Arabic Literature.  The laureates will each receive a cash endowment of US$200,000 and a 200-gram commemorative gold medal.  Nominations for the Prizes are accepted from international institutions and organizations only, and the selection committees comprise internationally recognized experts in the respective fields.

Professor Lo’s discovery of high concentrations of fetal DNA in the plasma of the pregnant women and his revolutionary research in non-invasive prenatal diagnosis has far-reaching impact to the global medical and scientific community.  He and his team have shown that this technology can accurately and non-invasively detect fetal Down syndrome.  As a result, since 2011, diagnostic services for Down syndrome based on this technology have been available in the U.S.A., Europe, China and many other regions in the world.  This technology will bring positive health care benefits to both developed and developing countries, reducing the risk and emotional stress of prenatal testing. 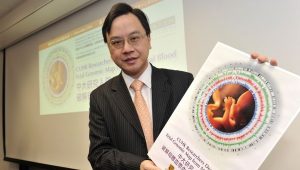 Other Posts in This Issue
Exploring Taiwan Aboriginal Inhabitant Culture
Prof. Lap-chee Tsui Shared on Becoming a Geneticist and Vice-Chancellor
Reaching New Horizons on Foot
Archives
2020 2019 2018 2017 2016 2015 2014 >
Sign up now to receive our newsletter