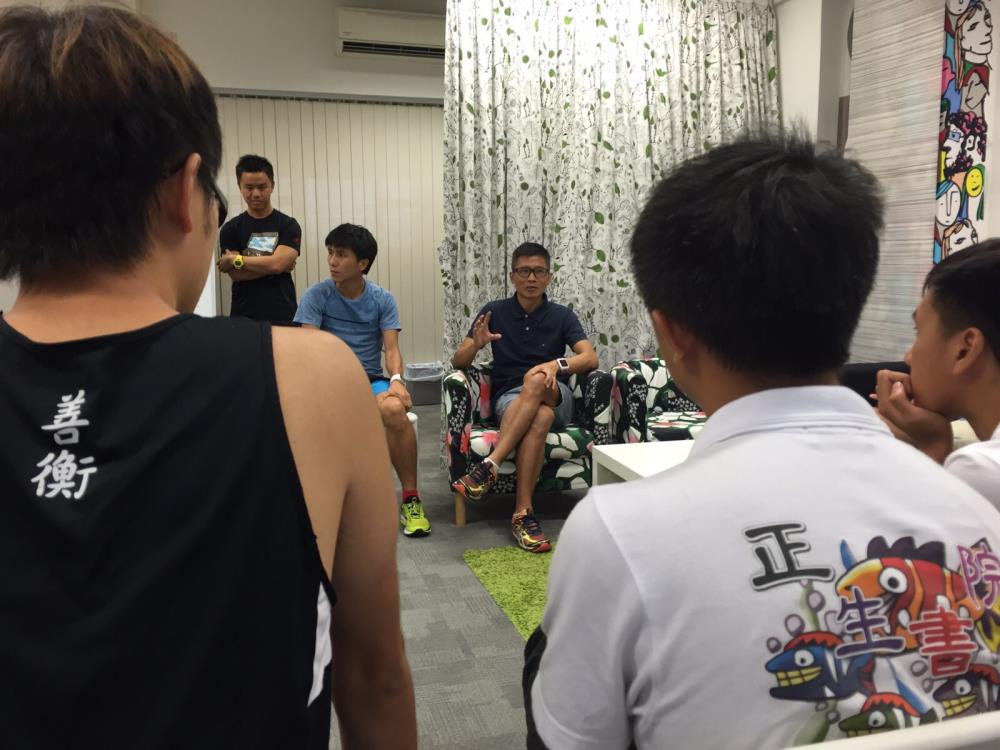 S.H. Ho College teamed up with Zheng Sheng College to participate in 42km full-marathon race in the Athens Marathon to be held on 8 November. In a bid to improve the running team’s physique and cultivate their team spirit, staff and students from the two colleges have been regularly practising at Sir Philip Haddon-Cave Sports Field, CUHK and Zheng Sheng College in Mui Wo in alternate months since January 2015. The team attended the Athens Marathon Training Camp held at S.H. Ho College in August, a scorching month showered with occasional heavy rain. Mr. Sunny Chau, the coach of SHHO Runner Force, and Mr. Tsui Chi Kin, a full-marathon runner in Hong Kong’s National Team, were invited to share the knowhow of running. Subsequently, the team ran in Sir Philip Haddon-Cave Sports Field despite the torrential rain on 14 August. When they were doing warm-up, a sharp bolt of lightning snaked across the sky, followed by heavy thundering. Their determination to persist, however, became stronger …

Running is a test of perseverance. It also requires runners to have good physical and mental conditions. To complete a full-marathon race, athletes normally take two to three hours, but most ordinary runners need four to five hours. Marathon runners are used to receive intensive training which ordinary runners could hardly bear. For instance, Mr. Tsui Chi Kin runs for 150km per week. Without proper guidance in training, runners will result in injury in their musculoskeletal system. Mr. Chau has been training SHHO Runner Force students since 2012. Attending weekly practice including tempo run and interval run, not only students’ running posture is improved, but also their cardiorespiratory function. Each runner who dedicates to assiduous training has experienced enhancement in physique and confidence. In Totem Run 2014, SHHO Runner Force was even ranked the 11st of the 84 teams.

Mr. Chau is an experienced distance runner who runs for more than 20 years. He believes that distance running help foster runners’ discipline and their tenacity to tolerate failure. ‘Marathon runners need to practise progressively, while paying attention to rest. Quality matters the most,’ said Mr. Chau. He thinks that runners do not need to run for seven days per week, as rest is part of the training. After all, the purpose of running lies in helping runners discover their running rhythm in the race, which eventually motivates them to complete the full marathon. ‘For example, you may try medium or intensive running practice at the weekend if you can only afford this level of training on these two days. Then you could rest on Monday, practise tempo run on Tuesday, and rest again on Wednesday, so on and so forth. You may rest at home doing nothing, or practise slow run (active rest). This active rest helps you clear the lactic acid stored in muscle for rejuvenation.’

Mr. Tsui Chi Kin is the fastest Hong Kong full-marathon runner this year. He finished the full-marathon race in 2 hours and 34 minutes in the Hong Kong Standard Chartered Marathon 2015. He taught the training camp runners the way to eat smart. In addition to a balanced diet, runners need to pay due attention to the Glycemic index (GI) of food. Carbohydrates with high GI (e.g. rice) will be promptly absorbed by body. Runners, however, still need energy to meet their physical need in the race. Mr. Tsui advised them to eat low GI food such as spaghetti. He further introduced the concept of lactic acid system. The longer the running time and the faster in speed, the more concentrated the lactic acid will be in blood. Runners will hereby suffer from muscle ache which is common among runners receiving intensive training. With adequate rest, runners will perform better in next training. Mr. Chau responded, ‘Running practice aims to help runners discover their own running rhythm. Overtraining would affect runners’ quality. Only optimal training gives you a better physical condition during training in a desirable time length. As such, you have better satisfaction.’

To Mr. Tsui, running shares the same principle of leading a fulfilled life. As long as you know your reason to run and keep learning, you would overcome all kinds of challenges in the process. In the training camp, runners of S.H. Ho College and Zheng Sheng College were invited to the Pine Lodge by Master Sun. Enjoying the delicious snacks prepared by Mrs. Sun, they engaged in a hearty chat. Out of care to students, Master Sun encouraged them to try their very best in the race, and to hone their perseverance so as to reach a new horizon in running. The three-day, two-night camp came to a satisfactory close. Two groups of runners built close bonding. Students of Zheng Sheng College treasured the opportunity to taste the hostel life as university students. They made gritty determination to study hard and to be admitted by CUHK in future. 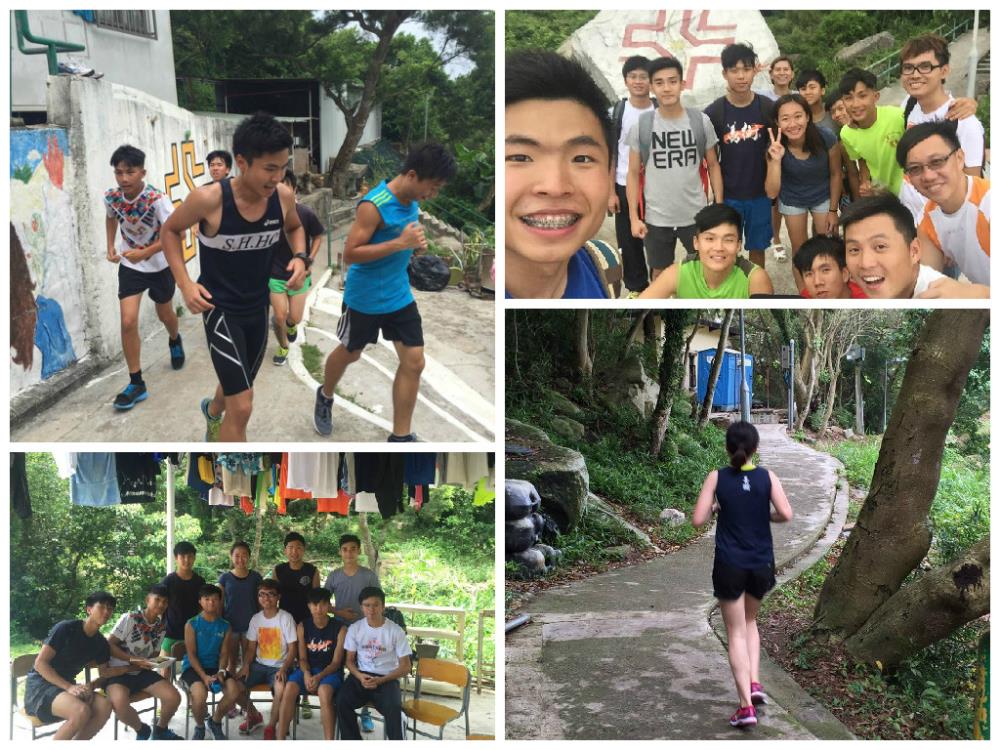 Staff and students from the two colleges have been regularly practising at Sir Philip Haddon-Cave Sports Field, CUHK and Zheng Sheng College in Mui Wo in alternate months since January 2015 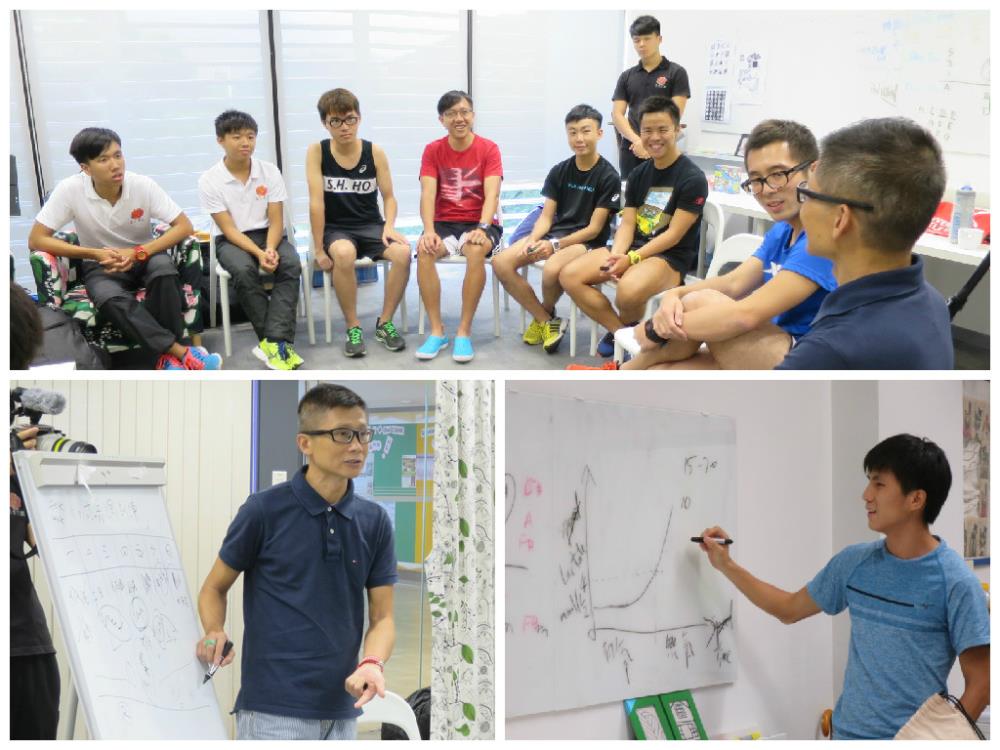 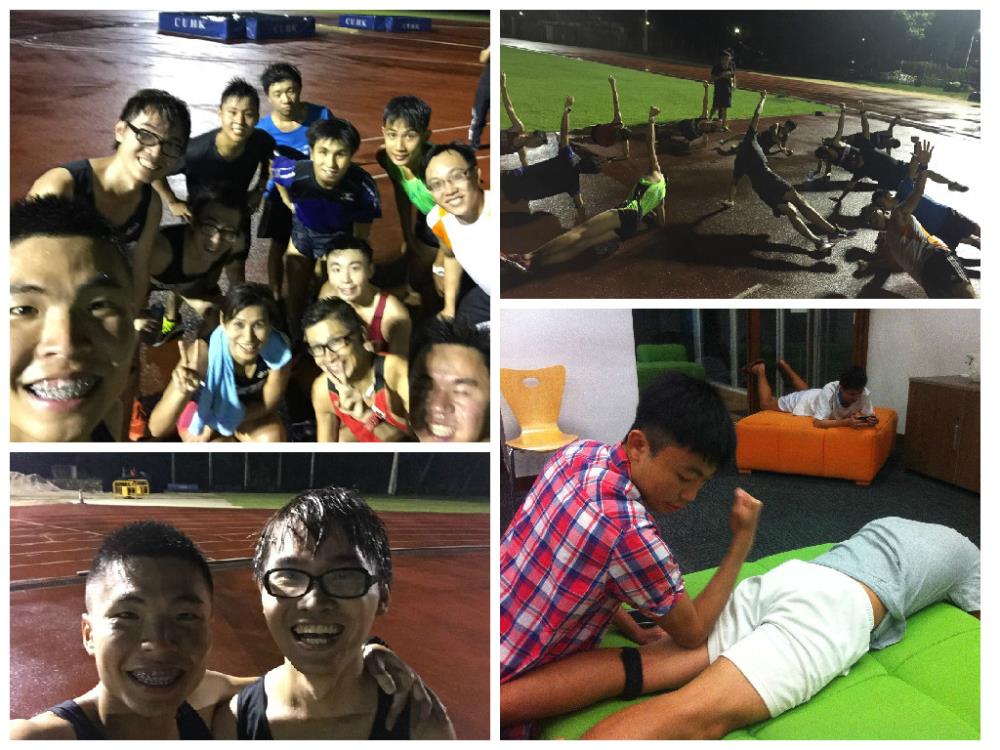 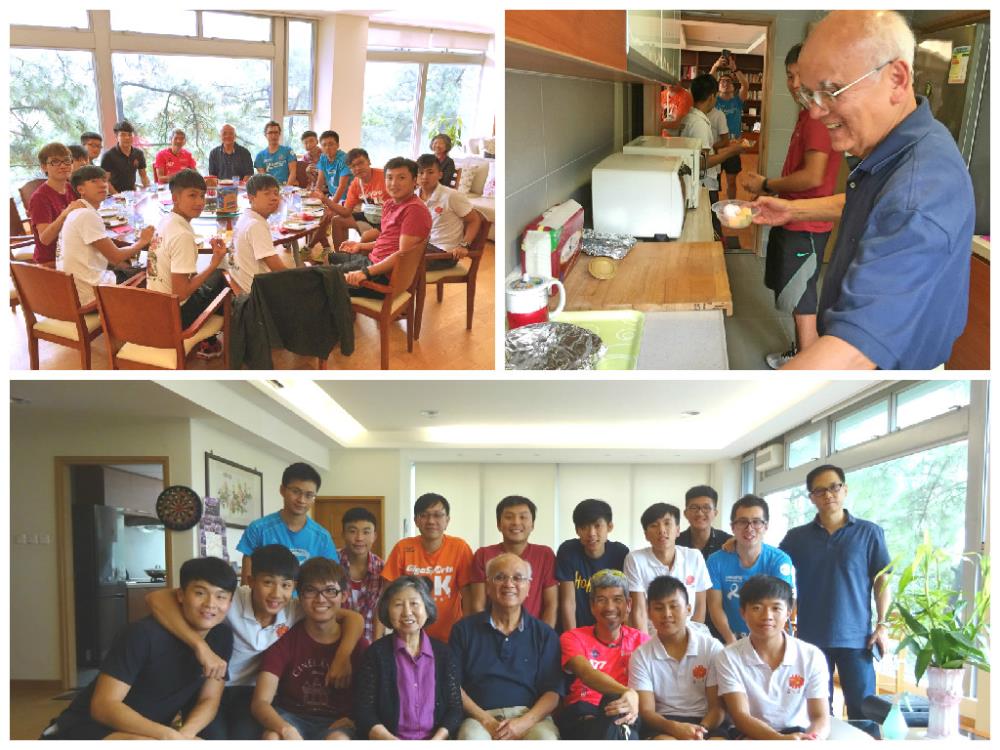