Prof. Lap-chee Tsui Shared on Becoming a Geneticist and Vice-Chancellor 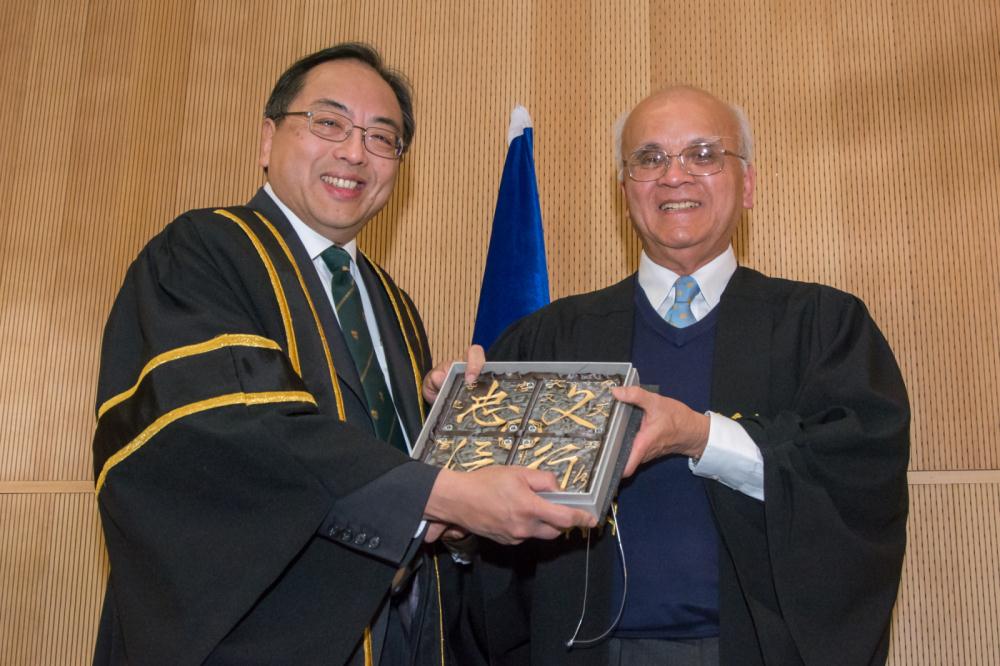 The College’s High Table Dinner on 15 January 2014 was graced by Prof. Lap-chee Tsui, the Vice-Chancellor and President of the University of Hong Kong. On the topic “A Little Bit of Luck and Serendipity but Lots of Passion”, he shared with students and members his academic pursuit and personal stories on becoming a geneticist and the Vice-Chancellor. Other honourable guests at the high table included Dr. Tzu-leung Ho, Chairman of the Committee of Overseers, S.H. Ho College; Dr. K.K. Mark; Prof. Cheuk-man Yu, Head of Division of Cardiology; Prof. Kai-ming Chan, Professor of the Department of Orthopaedics & Traumatology; and Prof. Samuel Sun, Master of S.H. Ho College.

Professor Tsui received his bachelor and master’s degrees in Biology from The Chinese University of Hong Kong, and his Ph.D. degree from the University of Pittsburgh in 1979. After a brief training in the Oak Ridge National Laboratory, he joined the Department of Genetics at The Hospital for Sick Children. He received international acclaim in 1989 when he identified the defective gene that causes cystic fibrosis, which is a major breakthrough in human genetics. Professor Tsui’s road to success, however, is not as easy as we expect. His undergraduate performance was not promising, but his potential to be a scientist was recognized by Dr. K.K. Mark who became his M.Phil research supervisor and referee for his PhD application in the US. The recognition of Dr. Mark which marked a watershed in his life can be interpreted as “luck”, but his serendipitous scientific discoveries “are always made by people in a particular frame of mind, people who are focused and alert because they’re searching for something” as stated in Steven Strogatz’s Sync: The Emerging Science of Spontaneous Order. Professor Tsui’s passion is demonstrated on his focus on structure and morphogenesis of a virus that infects bacteria, laying the foundation of his groundbreaking discovery in human genetics which helps many Caucasian children with fatal inherited disorder.

In his speech during the High Table Dinner, Professor Tsui also shared on the moral integrity as a scientist and how to grasp serendipity. Professor Tsui has been involved in many large-scale research projects, and he treasures the trustworthiness as a scientist. “Your long-established reputation can be damaged by fabricated scientific results, and people will not trust you anymore,” he elaborated. He also reminded the students the importance of collaboration and learning attitude. “In your College life, you meet people from diverse academic backgrounds whom you can learn from and enrich your life. Living in a world of knowledge explosion, you need to collaborate with others and share expertise so that you can succeed,” he said. From genetics research to his Vice-Chancellorship at the University of Hong Kong, Professor Tsui acknowledged the significance of passion, prioritization, team work and preparedness for any opportunities. “Chance favours the prepared mind,” he concluded. 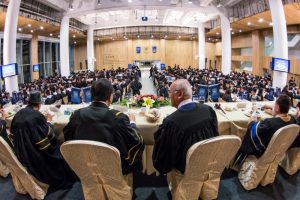 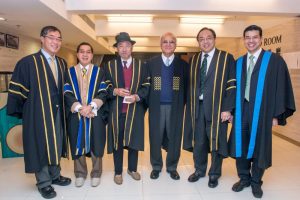 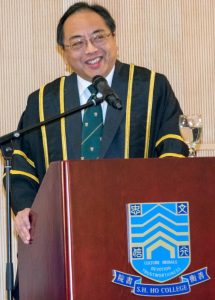