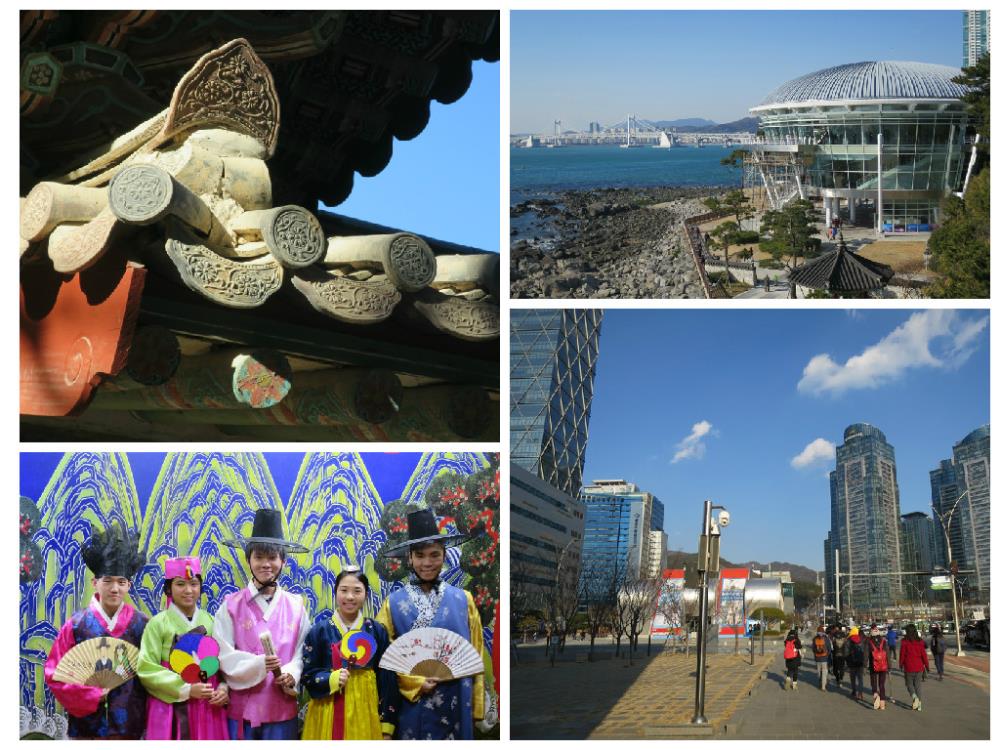 Even since the Korean cultural industries policy instituted under the Kim Dae-jung government in the period following the 1997 Asian financial crisis, Korean popular culture has become popular in the East Asian region and deemed a hot destination to tourists. In fact, there is much more to discover in South Korea. On 30 December, 18 SHHO members embarked on their journey to take a kaleidoscopic glimpse into the lives of the dynamic nation. From visiting sites of UNESCO’s World Heritage in Gyeongju, strawknitting in a traditional farmhouse to embracing the panoramic view of the Busan port at Haeundae district, trippers sauntered around the two cities as flâneurs.

Known as the second largest city in South Korea and the world’s fifth largest container port, Busan has the potential to be a marine and logistics hub in northeast Asia. As a beautiful southern city surrounded by sun-drenched beaches, Busan is also a hub for cultural activity. The Busan International Film Festival (BIFF) will enter its 20th anniversary in 2015. Not only the trippers embraced the cityscape of the city, they were immersed in the nostalgic journey in the Korean War in the 1950s to 1960s. What impressed Zhang Jiaxin the most was the Gamcheon Culture Village because of the small and colourful hillside houses overlooking the ocean. Gamcheon was refuge to people fleeing to Busan during the Korean War. In recent years, the village has gained much attention as the artistically painted shacks and walls in alleyways dazzle the visitors. Trippers also strolled on the 40 Steps Culture and Tourism Theme Street to imagine the mixed feelings of the Korean War refugees who were waiting for the news of their separated families in the area of the 40 steps.

Paying visits to Gyeongju National Museum and sites of UNESCO’S World Heritage like Gyeongju Yangdong Village, trippers entered into the age of Shilla Dynasty which lasted for almost a thousand years. With keen interest in observing the cultural legacy of Confucius, Taoist and Buddhist values in South Korea, Gary Fung was fascinated by his first encounter with the cultural heritage. Dianna Wu enjoyed learning the Shilla history through observing the ancient relics in the museum. The trippers also visited Cheomseongdae Observatory, the oldest existing astronomical observatory in Asia, built by Queen Seondeok to forecast the weather and predict Silla’s destiny by observing the astronomical movement. From the well-preserved cultural village and ancient relics, the trippers realized the government’s dedication to preserve the heritage to sustain their cultural identity.

The well-preserved natural resources and citizens’ politeness gave the trippers a soothing vibe in their journey. They were also impressed by the Koreans’ genuine respect to the senior citizens and their adherence to Confucius values. ‘When I was on the train, I discovered most priority seats were empty although many passengers were standing. I do appreciate the Koreans’ virtue in leaving the priority seats for the needy,’ said Choi Chun Kit. In appreciation to the Korean traditional values though, Tsui Wing Yin shared her hesitation, ‘I noticed that some senior Koreans tend to be authoritative in adhering to their judgement, which may result in submissive behaviour of the younger generation.’

South Korea is one of the ‘Four Asian Tigers’. Busan and Hong Kong both enjoy economic development as entrepôts. Students were impressed by Koreans’ confidence in the products their country produces, but Chinese tend to buy products with foreign brand names. Ellen Wong appreciated the Korean government’s positioning in promoting their unique culture instead of incorporating international brands to please foreign tourists. She in turn reflected on the current situation of Hong Kong tourism. ‘In my opinion, quality and budget products are not likely to be crucial factors to support Hong Kong tourism in the long run. The Hong Kong government should invest on preserving the authentic city culture including the historical sites and cultural practices.’ 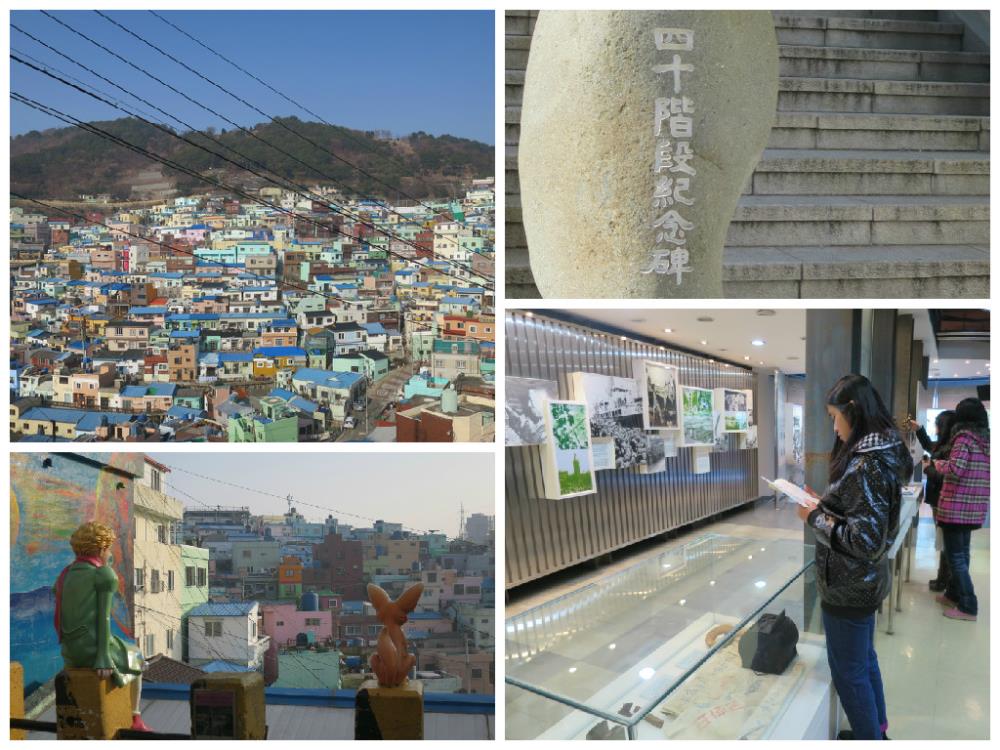 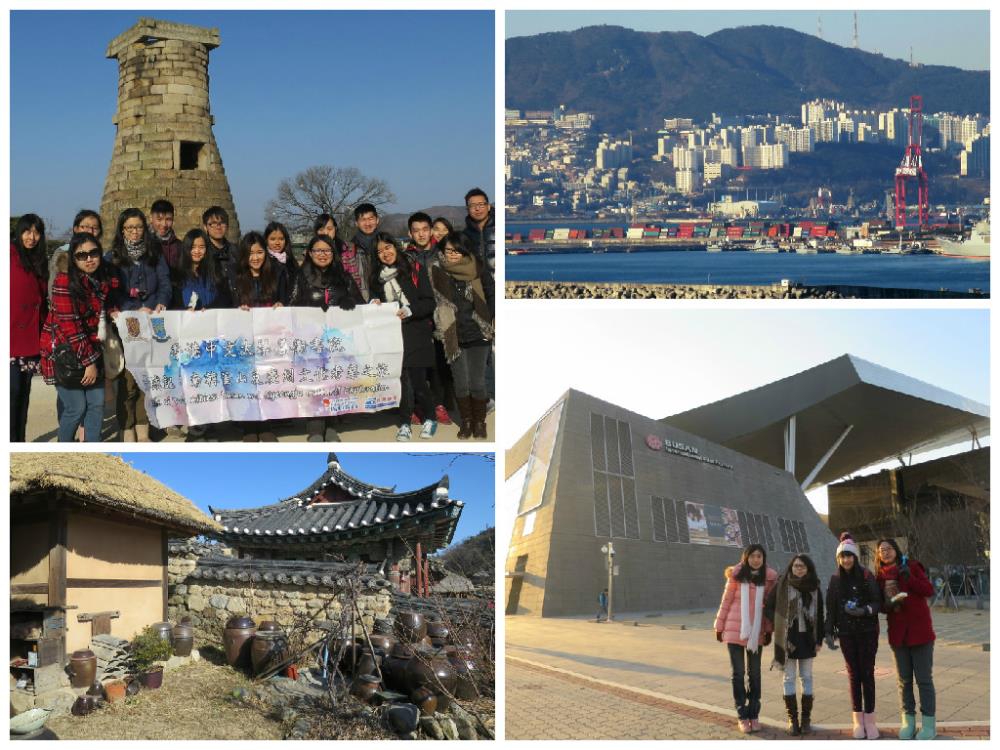 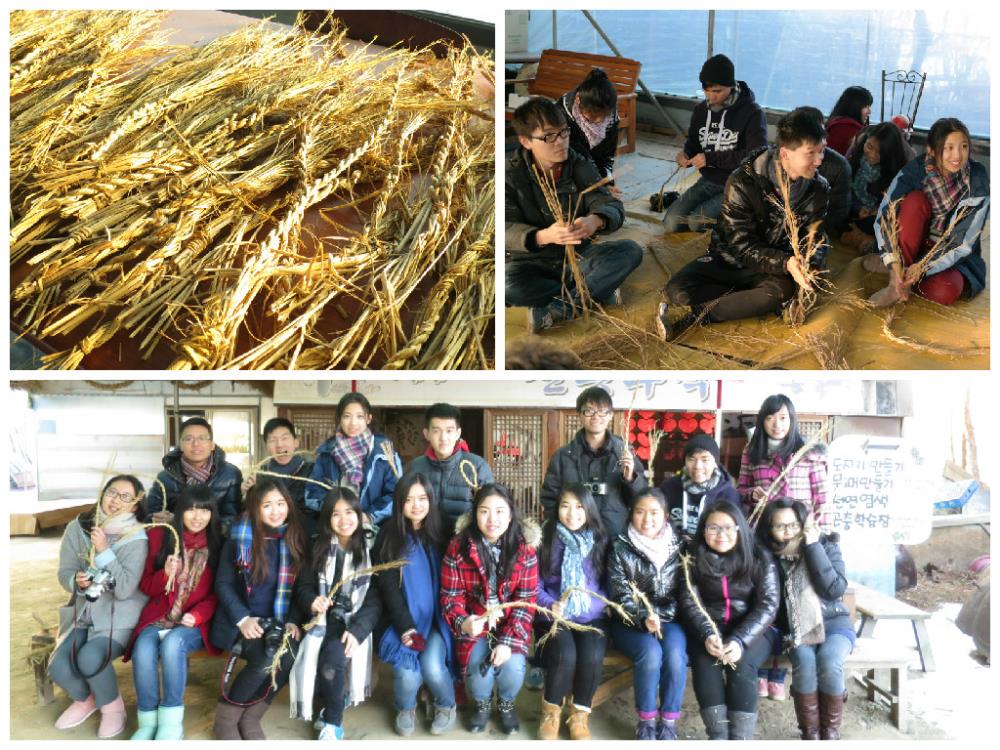 Straw knitting in a farm house 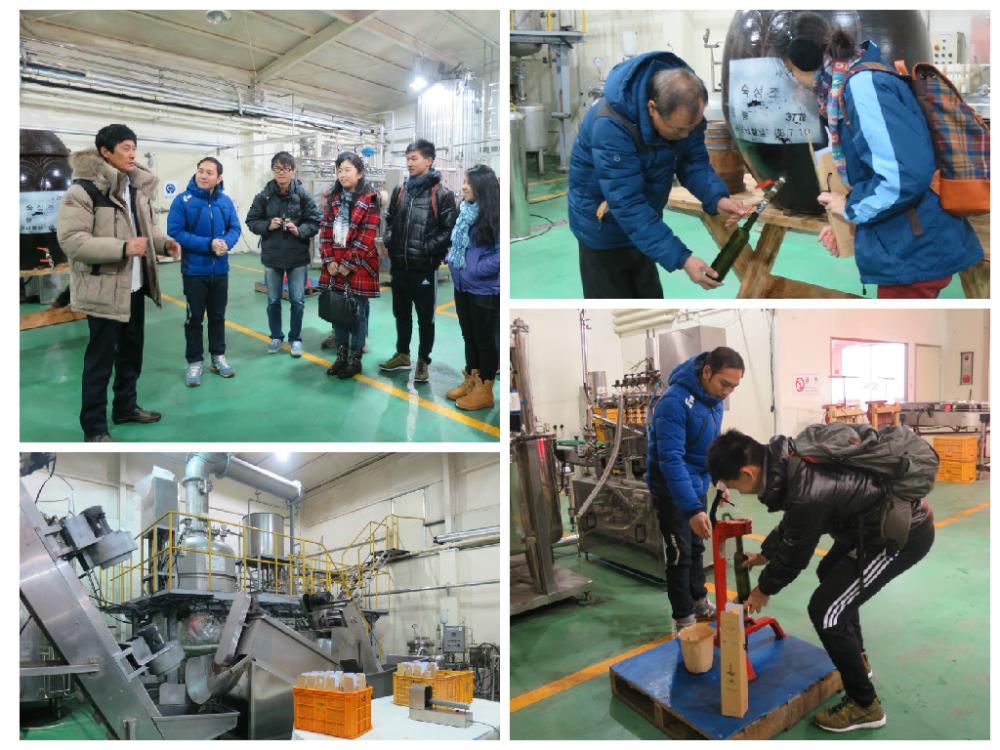