A Reunion Evening with Saxophones 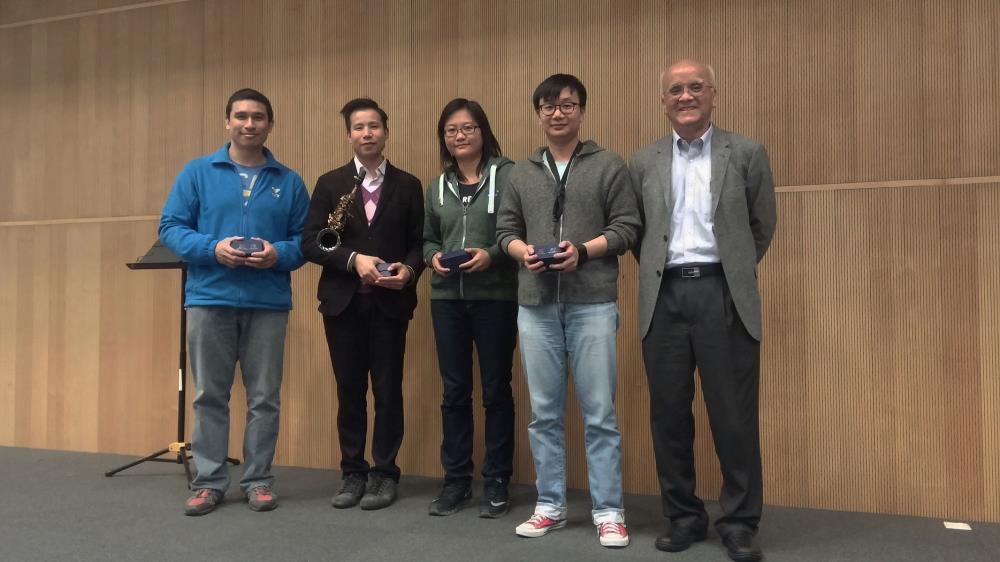 It is no doubt that the sound of the saxophone can strike a chord with the audience more than any other instrument. It gives a sense of beauty and delicacy when sentimental songs are played. The gentle breeze was blown into S.H. Ho College during the cultural dinner on 24 January.

Alex, Fai, Catherine and Lai performed six famous songs one by one by saxophones. The songs included “Besame Mucho”, a classic and well-known love song in Latin America; “Loving You” by Kenny G, an American saxophonist; “Thinking Out Loud” by Ed Sheeran, an English singer; “Let It Go”, a theme song of the Disney movie “Frozen”; and “The Longest Movie” and “Left Sadness to Myself” by Jay Chou and Bobby Chen respectively, Taiwanese singers.

Busy as they are at work, the four saxophonists are passionate in playing saxophones in leisure time because the instruments bring them too much fun. They made friends in Facebook and formed a band called “Phone in Love” seven years ago. They sharpened their playing skills and promoted the unique music style of saxophones by public performance in different places.

The band shared music with S.H. Ho College six years ago. The four members in the band felt like meeting old friends when back to the College that evening. The faces in the audience changed but a lovely performance still touches their hearts. 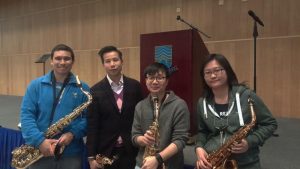 Other Posts in This Issue
High Table Dinner-cum-Opening Ceremony of the 5th Master’s Cup
Protecting Homeland
The ABCs of a Freelancer—Samantha Cheung Meet the recipient of the S.H. Ho Eminent College Scholarship
Archives
2020 2019 2018 2017 2016 2015 2014 >
Sign up now to receive our newsletter